Steve "Patch" Johnson
This one's truly a stumper. Before he "died," Steve was a police officer, an ISA agent, worked for Victor Kiriakis and was a merchant marine. However, since his return from the dead, he seems to have no source of income. So how can he afford to hire bodyguards and purchase gifts for his lovely wife and daughter? Could this former bad boy have turned into a kept man by taking an allowance from Kayla?

Max Brady
He came to town as a red hot race car driver, but what happened? He apparently doesn't race anymore and he lost the garage he opened after his racing career ended. Now he helps out his mom at the Brady Pub and has been offered a job to spy for Victor, but mostly he just seems lost. The man clearly has skills, so why isn't he still racing, rebuilding his garage or working as a mechanic elsewhere?

Hope Brady
Isn't she one of Salem's finest in blue? We thought so, but what happened to her career on the force? We can't remember the last time we saw her actually work for the Salem PD, but she certainly seems to have plenty of time on her hands to do some investigating on her own. So where's her badge?

Marlena Evans Black
She's the resident psychiatrist at Salem University Hospital, but aside from her recent appointment with Victor, when was the last time she had a patient? We know she's brilliant, as she spends a lot of time counseling all her friends and family members, but how does she pay her mortgage and enjoy dinners at Chez Rouge without clocking in? Trying to make John remember the past is definitely not going to pad her bank account.

Only in soaps can you live in a beautiful penthouse, enjoy lavish dinners and take fantastic trips all while working whenever it suits you, or not at all. But that's part of why we love our stories, because lets face it, if all we ever saw were our favorite characters rebuilding engines, doing paperwork or answering phones, we probably wouldn't tune in!

With EJ’s work ethic being called into question by the INS agent and the reveal of his newfound law degree, we got to thinking about other people’s careers in Salem. Soaps notoriously produce characters who have beautiful apartments and exciting lives, but don’t necessarily work in order to pay for them. Days of Our Lives is certainly no exception and with that in mind we take a peek at a few Salemites and their work habits.

We recognize that there are people in Salem who do work, heck it’s all Abe and Lexie ever seem to do, but we have to wonder about the rest of their friends.

Sami Brady
With the love of her life (Lucas) in jail and one of her baby’s daddy (EJ) only recently getting a job with Mickey, how does she pay rent on her cute apartment and take care of her kids? That’s a good question, because as far as we can tell, she has been unemployed for quite some time. While her past positions have included being the Director of Imaging at Titan Publishing, a receptionist at Salem University Hospital, a receptionist for Basic Black, an Executive Assistant at Austin’s company and EJ’s partner at Mythic, she seems to currently be without income.

Lucas Roberts
He’s in jail now, but even when he was out, his employment history was sketchy. Yes, he once worked for Tony DiMera and worked at Titan, but was fired months before he went into the slammer and his only plan was to go to law school. Hopefully he’s learning some new skills in jail so he can help support his daughter with Sami once he gets out. 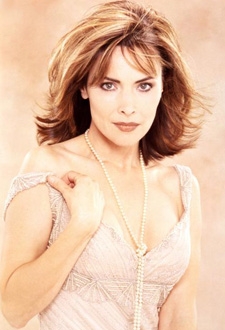 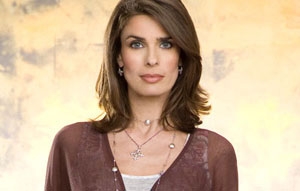