A New Role for Julie Pinson 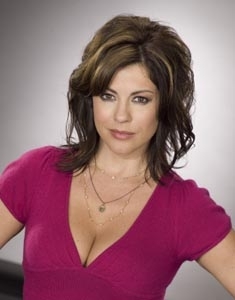 Good news for actress Julie Pinson. Not long after she left the role of Billie on Days, the CBS soap, As the World Turns snapped her up! Word is she will be playing the recurring character Janet Ciccone and will first air on May 8th.

This could be interesting for Days fans, as she will be joining her former on-screen brother Austin Peck (ex-Austin, Days) who plays Brad Snyder on the CBS sudser. We have no idea if she’ll have scenes with Peck, as his character is heavily involved with another lady on the show, but wouldn’t it be fun to see the two interact in Oakdale?

Another friendly face Julie will encounter is Marie Wilson (Meg, ATWT) who played Karen on Port Charles against Julie’s Eve.

While we already miss her in Salem, we here at Soaps.com can’t wait to see what she brings to Oakdale.