Joseph Mascolo to be Honored by the Boys’ Towns of Italy 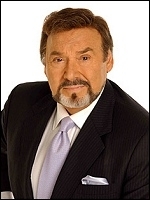 Soaps.com has learned that the Boys’ Towns of Italy will honor Joseph Mascolo at their Gran Ballo event on April 25th. The event will be held at the Boca West Country Club in Boca Raton, Florida where Mascolo will be deemed the 63-year-old charity’s “Celebrity of the Year.”

The Boys’ Towns of Italy is an American charity founded by the late Monsignor John Patrick Carroll-Abbing and Gov. John and Francesca Lodge that is responsible for the development of overseas child care institutions for children of all nationalities, races and creeds.

Joseph Mascolo has portrayed Stefano DiMera on and off since 1982. In between stints on Days of Our Lives, Mascolo played Massimo Marone on The Bold and the Beautiful from 2001-2006 and had brief stints on “Santa Barbara” and General Hospital.