Days of our Lives: Christopher Whitesell Out As Co-Head Writer

For more behind the scenes changes read Days of our Lives Fires Natalia Livingston And Hires Tamara Braun. Join Soaps.com on Twitter @soapoperafan, and Facebook. Come tweet and Facebook with us about Days of our Lives and all the other soap operas, Glee, Grey's Anatomy and Vampire Diaries! 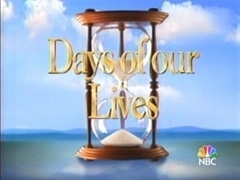 Christopher Whitesell will no longer be writing for Days of our Lives. After originally working for the series from 2000 until 2001, he returned to the show to share Co-Head Writer duties with Dena Higley in 2008. Sources at the show have told us that he was not fired, they have simply parted ways.

Whitesell has been writing for Daytime since the 1980s. He previously served as Co-Head Writer for One Life To Live from 2001 until 2003, winning a Daytime Emmy for his efforts, As The World Turns from 2006 until 2008, for which he took home another Daytime Emmy, and General Hospital in 1997. He also served as a writer for defunct soaps “Another World” and “Sunset Beach.”

Days of our Lives Video Promo: Nicole Wonders Why EJ Is Lying

Days of our Lives Saturday Teaser Poll: Another Kidnapping