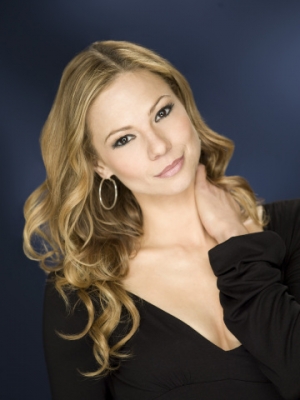 A new Taylor comes to Salem with a familiar face.

Tamara’s first scenes as Taylor will begin airing on April 26.

Fans of Natalia Livingston, who only recently took on the role of Nicole’s (Arianne Zucker) sister, Taylor, will have to say goodbye to her. Soap Opera Digest has reported that the Daytime Emmy winner has been let go only to be instantly be replaced with fellow Emmy winner and General Hospital alum Tamara Braun. Co-Executive Producer Gary Tomlin stated that, “Natalia Livingston is an amazing actress and a consummate professional. She is a class act and everyone at the studio adores her.” However, he also said that they were planning to take the character of Taylor “in a new direction.”

Braun begins taping her first scenes as Taylor today and should be seen on screen in late April. The actress will be familiar to “Days” fans for her award winning turn as Ava Vitali, the loony ex-lover of Steve Johnson (Stephen Nichols) and the relatively sane lover of a slightly crazy John Black (Drake Hogestyn).

For more casting news, check out our Comings & Goings. Join Soaps.com on Twitter @soapoperafan, and Facebook. Come tweet and Facebook with us about Days of our Lives and all the other soap operas, Glee, Grey's Anatomy and Vampire Diaries!