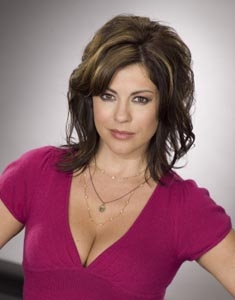 Another one bites the dust? Recently, Soaps.com reported in our that Julie Pinson (Billie Reed) was let go from Days of Our Lives. Though she’s still taping for the next few weeks, we will see her storyline wrap up soon. Pinson came to Salem as the third adult Billie Reid in September 2004. She won the part due to her excellent work on the now defunct soap, Port Charles, playing Dr. Eve Lambert and because she resembled Lisa Rinna. She started during the Melaswen island storyline and was lucky enough to play the stronger version of Billie, the one who got over Bo, moved on! Billie has come a long way and we’re sad that she was never paired with her own guy. Her time may have been cut short on the show but I have to admit, this is one recast that I was happy about, right away. She looked the part and simply ‘was’ Billie. She took the role and gave it a kick in the pants and we have enjoyed watching her since.

On her personal website, her webmaster is quoted as saying that Julie is looking forward to potential upcoming projects ahead of her. Soaps.com knows that Julie will find something soon and we’re happy to see she’s staying positive. We’ll update you on what happens in Julie’s future as we hear!

Beemer and Madison to Exit From Days