Interview: Mark Hapka Is Fired From Days of our Lives 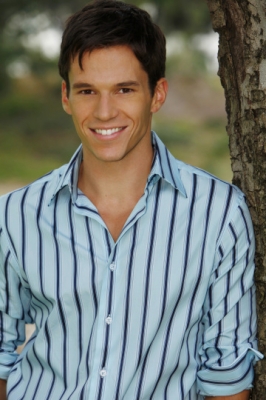 According to Soap Opera Digest Mark Hapka (Nathan) won’t be around for much longer. Hapka joined the cast as the youngest member of the Horton clan in the summer of 2009. Since then he has been embroiled in a relationship with Stephanie (Shelley Hennig) and longing for the embraces of Melanie (Molly Burnett). After the big paternity conspiracy blew up this week, there could be some major changes on the way for the character, but it doesn’t look like sticking around in Salem is going to be in the cards. Hapka is due to record his final scenes in the coming weeks and will be gone by the spring.

Christine Fix spoke with Mark today, about the news and he told her, “It was creative differences and a “writers choice” for Nathan’s “departure”. Apparently the twist in the stretched out storyline of Melanie and Nathan’s soul connection was that when finally given a chance to be together…somehow they don’t. I will keep my opinions of that writing choice to myself and leave it to the general consensus of the fans. 🙂 “Let go” works because they let me go to pursue other opportunities since they chose not to utilize me and knew I wasn’t happy. I am going to miss the cast and production of the show! We created many fond memories and I’m saddened to leave them. I am however STOKED to dive into new projects/characters! Thank you all for your continued support!”

Soaps.com wishes Hapka all the best on his future endeavors.

Check out our Spoilers for more of what's coming up. Join Soaps.com on Twitter @soapoperafan, and Facebook. Come tweet and Facebook with us about Days of our Lives and all the other soap operas, Glee, Grey's Anatomy and Vampire Diaries!

Days of our Lives Video Promo: I...