Days of our Lives Actor’s Appearances! (Past!) 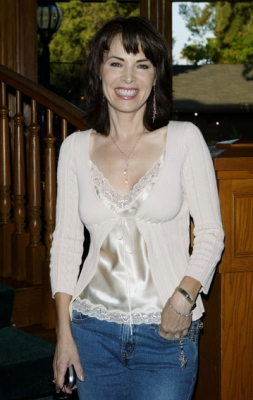 We love seeing our favorite stars on-screen but it’s even more of a treat for us to see them or talk with them in person. Many actors are generous with their time and with their fans and host several ‘Appearance Events’. Don’t miss a chance to meet with your favorite daytime actors and actresses, in person! Check out who’s coming to your city or who’s going to be on a special radio or TV appearance soon!

If you have had the good fortune of being able to go along on an actor event, please contact us through the site and we may post your story!

This annual event, in collaboration with the Los Angeles County Board of Supervisor, Office of Yvonne B. Burke, honors all levels of contribution and sacrifice of veterans in four categories: Community, Business, Historical and Celebrity.
November 10 & 11: James Scott appearing on the Telethon of the Stars in Paducah, KY
Affiliate: Channel 6 -WPSDTV in Paducah, KY
Time: Telethon airs on WPSDTV from 10pm on Saturday, Nov. 10. – 1pm on Sunday, Nov. 11th More Info: telethonofstars
James Reynolds is going to be honored by the Beverly Hills/Hollywood NAACP Veteran Affairs and Armed Services Committee for his contributions to the U.S. Armed Forces at their third annual Veteran’s Day luncheo.
Date: Saturday, November 10, 2007
Location: The Barnsdall Art Gallery & Cultural Center in Los Angeles.
Stephen Nichols (Steve Johnson)is a guest of Ellen DeGeneres on her show, Monday, October 15!

You’ll be served Hor d’ ouevers while you hang out with the stars!

Have lunch with the soap stars and take part in a silent auction on October 24, 2007.

Who is going?! Everyone!

Date: The film will be screening in the prime slot of 7:00 PM Friday, October 19th a
Location: The Arclight Cinemas in Hollywood, one of the premiere venues in the country.
Tickets: Tickets to the screening go on sale beginning Wednesday, October 10th through the theater’s website, Arc Light Cinemas. BSEG will be hosting an after party, to which screening attendees will be invited. The party will be sponsored by Patron Tequila.

‘We are proud to a part of the Hollywood Film Festival, and excited to be premiering at the Arclight,” said BSEG CEO Kimberley Kates. “When one looks at the other films, starring actors such as James Franco, Minnie Driver and Rebecca De Mornay, it points to the quality of the festival, and underscores the impressive achievement of Stephen Eckelberry.”

You can donate to this worthwhile cause by making a donation on their site, by phone, or by mail. The charity telethon first came about in the 1950s when it was produced in form of a series special. It featured such stars as Jerry Lewis and Dean Martin, and the very telethon was held June 1955 at Carnegie Hall in New York! The 16 hour show proudly raised $600,000. Since then, the first Labor Day Telethon was presented in 1966 in New York, raising more than a million dollars. There have been many notable and generous celebrities who have shared their time and donated money to the cause since, including Aretha Franklin, Cher, Harry Connick Sr and Jr., Jack Palance, Denzel Washington, and Brook Shields. Many may not even realize that Jerry Lewis does not receive pay for his tireless efforts.

Soaps.com hopes that this year, the donations are record breaking numbers.

Mistletoe Merchants, October 5-7 at Agricenter International in Memphis, TN. Come out and meet Kristian on the Saturday and check out her jewelry line. Admission for adults is $8, or $15 for a three-day pass. Kids under 12 get in free.
Benefits Make-a-Wish of the Mid-South. For more details, visit the Mistletoe Merchants website.

Days of our Lives no longer on...

Days of our Lives’ Marcus Patrick...