Frances Fisher Joins The Cast Of Days of our Lives 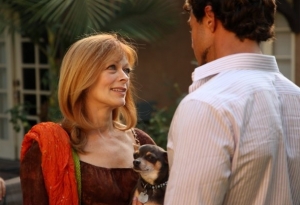 Veteran actress Frances Fisher will be making her way to Salem in time for spring. Although we don’t know where Sami (Alison Sweeney) will be living by then, she will be getting a new neighbor. Fisher will be playing the role of Gladys, who lives next door.

Fisher is not a stranger to the soap world. Some of her previous credits include the role of Detective Deborah Saxon on “Edge of Night” (1976-1981) and Suzette Saxon on Guiding Light (1985). She has appeared in dozens of TV shows in the past thirty years and will be seen in three feature films next year. She will make her first appearance onscreen in mid-February.

Kate Mansi Joins The Cast Of Days of...

Days of our Lives Video Promo: You...