James Reynolds Goes One on One with Soaps.com 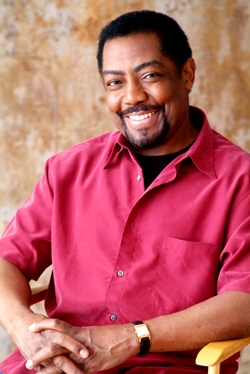 He may play police commissioner Abe Carver on Days of Our Lives, but there’s certainly much more to portrayer James Reynolds than just his day job. As a theatre owner, director, movie producer, charity fundraiser and basketball enthusiast, Reynolds is a busy man with very passionate views.

I recently had the opportunity to speak with Mr. Reynolds where we talked about his life onscreen and off.

First and foremost, I have to tell you that after undergoing heart surgery earlier this year, James is doing just fine and even getting back to the game he loves – basketball. “I’m feeling well. I actually played my first full-court basketball game last night,” he happily boasted. And with the exception of a few sore muscles, he couldn’t have felt better.

Next on the list of importance, I can lay your fears to rest about the negative effect the writer’s strike will have on your favorite soap. James assured me that they still have several weeks worth of scripts left and while he doesn’t know exactly what will happen once they run out of those, “The show will continue; that I’ve been told.”

While he and his fellow actors support the scribes, Reynolds is very happy to still be playing Abe, a character he’s inhabited since the 80’s and one that has garnered him the distinction of playing one character longer and with more hours of television logged (over 3,000) than any other African American actor. This is a huge accomplishment, especially, as James pointed out, considering all the talent that we have seen over the years, including that from Denzel Washington (St. Elsewhere) and Bill Cosby. “It’s something we are proud of and we certainly hope that down the road somebody will [break] that record,” Reynolds humbly offered.

Being the recipient of this honor, I suspected James would have very specific thoughts about the lack of minority representation on television. When I asked him about it, James did not disappoint, as he expressed his opinion about the matter in no uncertain terms.

Referring to soaps in particular, James pointed out, “The only consistent presence in daytime television has been the Carver family on Days of Our Lives and Kristoff St. John (Neil, Y&R) and Victoria Rowell (ex-Dru, Y&R) and other characters on The Young and the Restless…It’s sad because the largest per capita audience is African American and you would like to see daytime television respond to that in a more on-going basis. Producers think they can just offer occasional characters and the African American and the white audience will accept that.”

Turning his attention to primetime television, Reynolds cites The Unit, Ugly Betty and Cane as being the only shows to cast minority leads, with The Unit featuring the only African American lead. While he recognizes, “There are many who are part of the ensemble” on other shows, he feels that with the exception of The Unit, “there is no [African American] who has a show who carries the lead. I think in the year 2007 that is really deplorable.”

As for the reasons why this is still a topic of debate, James looks to the behind the scenes workings of television, explaining, "I think we don't have enough diversity in the producers, we don't have enough with writers and also, I tend to think as a group, they're very, very cautious....They think they'll lose a specific number of white audiences [if they put people of color in lead roles]. I think that's a horrible underestimation of the white audience and I think it's absolutely untrue."

As for another topic he's passionate about, James and his wife, Lissa Layng Reynolds are the Artistic Directors of the Fremont Centre Theatre in South Pasadena, CA. "We take a lot of pride in that theatre. We like to think that we consistently have really, really wonderful productions. We're very proud of the theatre and our work there," James enthusiastically stated.

In addition to working with his wife at the theatre, James' son Jed (who has also appeared in a couple episodes of Days of Our Lives) has acted in past productions and is set to star in the next show James will direct, Ravensridge opening on February 23rd. He also previewed, "At some point I'll be on stage. I'm not sure when that's gonna happen, but I've certainly been hungering to get out on stage."

Aside from his work at the theatre, James is in the money raising stage of a film he's producing. While he didn't want to share the details just yet, because as he explained, "I've kind of learned that it's better to have the money, ALL of the money in the bank and be ready to have the cameras rolling before you start talking about it," he's very excited about the project and hopes to be talking to us about it next year.

While he definitely enjoys his other pursuits, James let me know that at his heart, he is an actor. And as an actor, he hopes to get his Days character involved in a juicy storyline soon. But sadly, Abe's next storyline won't involve his on-screen wife, Lexie, as he confirmed actress Renee Jones has already left the show. This is clearly another topic he feels strongly about as he emphatically stated, "For me that's very disappointing and I can't tell you how sad and upset that makes me. I'm very unhappy about that."

While he's hopeful that there will be a "reinstitution of the Carvers and the Carver involvement" down the road, for now, Reynolds would like to see the show delve more into his role as Salem's top cop. "I don't think we have seen enough of Abe as the commissioner, the man in control, and I'd like to see more of that, particularly in light of the fact that his family is no longer around at the moment," he ruminated.

Until that happens, James will keep himself busy producing his movie, acting and directing at his theatre, preparing for his annual charity basketball game in June (which involves the cast of Days and which fans are more than encouraged to attend) and of course, as he says, "The rest is all Days of Our Lives and I'm very excited about that and looking forward to the future."

We here at Soaps.com will certainly be on the look out for more signs of James Reynolds on Days of Our Lives and in his many other endeavors where we wish him nothing but success.

Ashlee Holland is Crowned the Next...

Days of our Lives: Salem High...