Congrats to James Scott on his engagement! 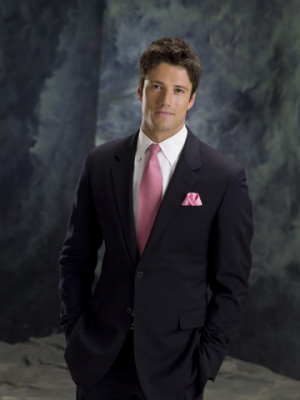 Reports this summer went around that James Scott had gotten married. Soon after, we heard rumors that he’d gotten engaged but nobody could confirm either way, so we dropped the story and moved on.

James Scott (EJ Wells, Days of Our Lives) usually appears to be very private about his life offscreen but in a recent interview with Soap Opera Digest, he made it known that this summer in West Minister Abbey in London England, he proposed to model/actress girlfriend, Meyghan Hill! The two are planning a wedding for next year in Big Sur!

Scott had been dating Hill for 15 months and were seen at the Daytime Emmys on the red carpet together by yours truly, holding hands and practically sprinting down the red carpet to get inside. They’re a very cute couple that seem to have a lot in common with camping out, travelling.

Congratulations to the happy couple. Soaps.com wishes them all the best on their big day and their future!

Soaps.com answers more Days of our...