Natalia Livingston Joins The Cast Of Days of our Lives 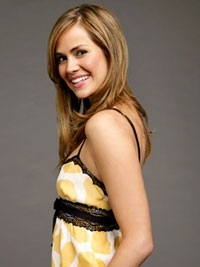 Although Nicole’s (Arianne Zucker) had a hard time keeping good relations with everyone, she’s about to have an old relation back in her life. Soap Opera Digest has reported that former General Hospital star Natalia Livingston (Emily and Rebecca) has just been hired to play the part of Nicole’s sister, Taylor Raines.

The siblings are set to be reunited in December. No word yet on what this could mean for Nicole and her constantly complicated life. Previously, she’d been used by Lucas (Bryan Datillo) in his early overtures to get into Nicole’s pants. The role was previously played by Katherine Ellis.

Days of our Lives Video Promo: The...

Days of our Lives Video Promo: The...