Interview: Eddie Campbell Co-author Of Days of our Lives a Celebration in Photos 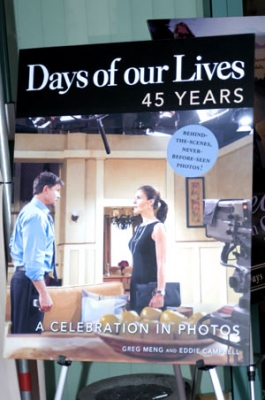 Quotes from the author.

Soaps.com spoke with the co-author, Eddie Campbell, of “Days of our Lives: A Celebration in Photos.”

He told us, “It’s on Amazon right now, coming out in bookstores on November 8. It’s unlike anything the fans have ever seen. 45 years of photography, including a recent photo shoot, opening the stage doors, behind the walls. I think the fans are going to love it. A lot of TLC went into this book.”

When asked what he thinks caused the show to last as long as it has, Campbell told us he thought it was “Because they’ve got their new young cast and new young storylines and it embraces the past and moves them forward. I wouldn’t be surprised if we’re celebrating another 45 years, 45 years from now.”

We’re up for another 45 years of good storytelling!