Soaps.com Chats with Days of Our Lives’ Galen Gering!

Galen: I would agree as the actor. I don't think that Rafe would ever agree. Obviously, I don't think EJ would ever agree to that, either. Truth be told, to a certain degree, there are obvious similarities. They're stubborn and they're both in love with the same woman. That is, if EJ is even in love with Sami. To EJ, it may not even be love at all. As far as Rafe is concerned, EJ has got such a huge ego. Just the fact that Sami is in love with someone else, well, EJ is all about the chase. What other similarities might they have? They're certainly protective, and obviously good looking. [laughs]

Soaps.com: Looking ahead, what do you think the future holds for Sami and Rafe should Rafe find out that Sami is the one who shot EJ?

Galen: I would think that Rafe would try to protect Sami, no matter what. It's subjective. In other words, who Sami shot and how it went down would change Rafe's opinion. Had she shot Rafe's sister, or an innocent citizen in Salem, Rafe's reaction could potentially be different than I think it will be in this situation.

Soaps.com: I was just perusing the Soaps.com message boards to see what the viewers have been saying about Rafe. Those who support him seem to love his "good guy" character; he's a stand-up, by-the-book dude. There's also a group of viewers, though, who argue that Rafe may not be as good a guy as he's cracked up to be. We really don't know much about the character's background. As the actor who plays Rafe, what's your take on this?

Galen: That's a great question. Having not been given the true backstory, I can only make a hypothetical argument. When I was first brought on as Rafe, I was to be married to my fiancée but my sister was involved in a car crash with her. My fiancée died. There was also a rumor that my fiancée had been involved in drugs and that I actually met her while I was working in some sort of law enforcement or drug enforcement. We fell in love, but she actually got involved with drugs again and was going down the wrong path at the time we were about to be married. Then she's killed in this car accident with my sister and there were details surrounding that accident that were fishy, to say the least. I supposedly covered them up.

Soaps.com: Exactly what does this mean?

Galen: It's totally open for interpretation. Was I covering up to protect my sister? Did I have something to do with the crash? Could I have even aided and abetted the murder? There's a lot of areas you could go. I thought when I first came on the show that the writers were sort of going down this road but they went away from it. I found it really interesting, as an actor and a character, all this crazy backstory. It makes people think weird stuff and freak out. It also kind of makes you dangerous, which is kind of fun as an actor.

Soaps.com: So the jury is out on Rafe Hernandez?

Galen: I don't know. It totally remains to be seen what the truth is there. I would certainly think that there's more to Rafe, potentially, than meets the eye. Time will be the only thing to tell us the truth on that! 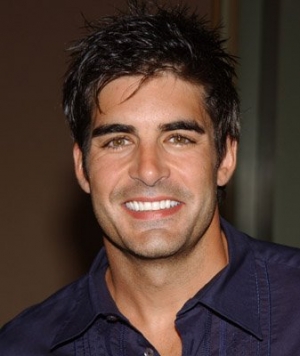 “I would certainly think that there’s more to Rafe, potentially, than meets the eye.”

Soaps.com recently sat down to chat with Days of Our Lives star Galen Gering, who plays FBI agent (and all-around good guy) Rafe Hernandez. Read on as Galen weighs in on the SAFE/EJAMI debate, the future of Rafe and Sami’s relationship, whether his character really is all he appears to be, and much more!

Soaps.com: It’s arguably the hottest debate in Daytime right now. SAFE versus EJAMI. Where do you stand on this one?

Galen: Well, I’m one of the characters who’s vying for this girl, so clearly I feel she should be with me. [laughs] I think the reasons are pretty obvious. First and foremost, they love each other. EJ is like the worst possible guy in Rafe’s opinion. You know, if Sami doesn’t want to be with Rafe, then fine. Just please don’t go with EJ! It’s pretty clear-cut as far as the character goes. I think Rafe’s opinion is that he has his best girl’s interests in mind, in addition to the fact that he really cares about her and would do anything for her. I don’t think he can say that as far as EJ is concerned. This guy has done so many horrible things over the years that, really, they’re without redemption. The latest of them is kidnapping his own daughter and ultimately pretending that the daughter was dead. EJ puts Sami through hell and then says that he loves her? It doesn’t really make sense.

Galen: [laughs] Now obviously the fans can disagree on multiple levels! I think that’s one of the things that obviously charges the storyline, the fact that people are divided. That’s what writers, producers and directors of the show want, for people to be divided. Success!

Galen: Well the problem there is that EJ has befriended Arianna. It’s almost moreso that Rafe is totally pissed off that this guy is trying to come between him and her in any way possible. What interest does EJ have in Arianna? Why is he helping her? The only reason to Rafe is that EJ is trying to get under Rafe’s skin and is clearly succeeding. Additionally, Arianna doesn’t feel like Rafe should be with a woman like Sami who already has four kids and clearly a significant amount of baggage trailing behind her. Everyone on set totally laughs at my character. Whenever my character gets a chance to leave, they’re like, “Go! What are you doing? Get out of here while you still can!” It’s pretty hilarious.

Soaps.com: How about Rafe’s relationship with Sami’s son, Will? Rafe recently called him out that he’s the one who shot EJ.

Galen: Ultimately, Rafe is going to get the truth. He’s going to take a little while but will figure out what’s really going on. At this point, he considers Will to be the main suspect because he had motive and he doesn’t have a strong alibi. Sami does have motive but also an alibi in that Rafe thinks she was with him all night. For now, this is the direction that Rafe’s going. Really, it’s not about trying to persecute or prosecute Will. It’s about protecting Will and protecting their family.

Galen: Yeah, there’s a little twist and turn there as far as that goes. Clearly, this is all sort of new territory for Rafe because he’s this stand-up guy who always follows the book. Now, we’re going to start seeing him change course a little bit on that. It’s kind of cool.

Soaps.com: While visiting EJ at the hospital, Arianna mentioned to him that she felt EJ and Rafe are quite alike. Do you agree with this statement?

Days of our Lives Video Promo: Vivian's Calls For Help