Days of our Lives Poll: Should The Show Re-Write Arianna? 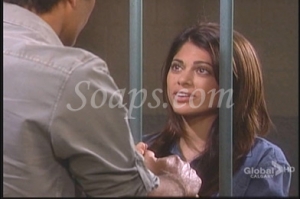 Was the issue the character, the actress or both?

Days of Our Lives wrote the role of Arianna as a rug made for people to walk over and even during what should have been the most interesting part of her storyline to date – the drug storyline, Arianna still didn’t connect with the audience. Could the writing of the character be the blame? It’s been no secret that the writers have had issues writing character motivation and directing the actors and actresses since Dena Higley came along.

In a recent poll, most fans seem to enjoy Lindsay Hartley, just not the character of Arianna. What could the show do in order to keep Lindsay but not the character? Feel free to vote on what you’d like to see done. If your answer isn’t in the poll below, please comment!

If you haven’t read the Galen Gering and James Scott interview with Soaps.com where they discuss their feelings about Lindsay’s firing, please feel free to check it out.