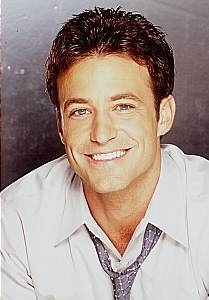 Soap Opera Digest is reporting that ex-One Life to Live star, Ty Treadway, will be coming to Days of Our Lives to play Dr. Jason Walters.

May of 2000 Ty played the role of Dr. Colin MacIver on One Life to Live. His character was killed off after a year but he returned as his twin brother Troy, from 2001–2004.

In June 2002 the actor also co-hosted the talk show, “Soap Talk” with Lisa Rinna, who incidentally played Billie Reed on the show in the 1990s.

Treadway will begin taping scenes as Dr. Jason Walters in August and will appear for a handful of episodes this coming fall.