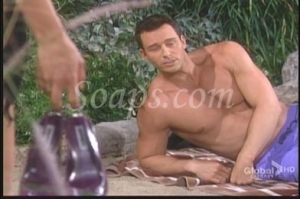 Who will win for the ladies? (Soaps.com)

Who has the hottest beach bod on DOOL?

We’ve been seeing a lot of buff bodies on Salem’s beach this summer, both male and female. Last week we polled fans to see which male character looked the sexiest at the beach, but since we used the site poll, we were only able to poll five characters.

Incidentally, Brady Black won hands down but this week we're adding all of the buff bods seen to a new poll and throwing in another poll asking you the viewers who you think has the best female body on Salem's beach this summer so far!