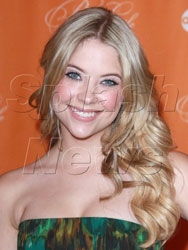 Soaps.com has learned that Ashley Benson (ex-Abby Devereaux, Days of Our Lives) and the cast and the show “Pretty Little Liars” was nominated for a “Teen Choice Award” only five episodes into the season. From the start, one could tell the show would be popular. If you haven’t started watching, there’s still time to tune in before watching the awards on August 9 at 8:00 PM EST live on FOX. Feel free to take a sneak peek at what you’ll be watching or head over to vote on the show on the Teen Choice Awards website.

Will you vote on Pretty Little Liars?customer surveys

Read more about the show in this article, Ashley Benson and Nia Peeples Cast in Pretty Little Liars.

Days of our Lives Shelby Young In...