Days of our Lives Novel: Salem’s Secrets, Scandals and Lies 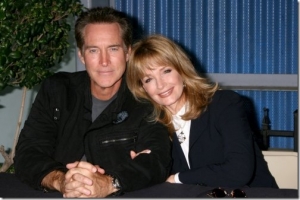 John and Marlena are back!

SourceBooks, Inc. is introducing a novel in time for Days of Our Lives’ 45th Anniversary this year called “Salem’s Secrets, Scandals and Lies,” which is written by former DOOL head writer Sheri Anderson.

Many fans will be pleased to learn from the book what has been happening with the characters Marlena and John, Belle and Shawn, Steve Johnson and Eric Brady since they’ve left Salem. Here’s a sneak peek! The story will include a new teen heiress character named Charlotte “Charley” Gaines, who thinks she’s the daughter of a notorious crook until her mother dies in a car crash and Charley learns her true birth parents hail from Salem. She heads there and develops an attraction for Shawn Brady.

Will you read 'Salem's Secrets, Scandals and Lies'?online surveys

Days of our Lives Weekly Video...

Days of Our Lives Video Promo:...