Just when we thought things couldn’t get any worse in Salem, MarDevil strikes again and will be bringing back someone many Salemites would rather not see — Jan Spears! Heather Lindell reprised the Days of Our Lives role back in March and by the end of her run, it was revealed that Jan had murdered Charlie Dale and tried to frame Belle for the crime — and following an altercation between her, Chloe and Philip, Jan fell back into a coma. However, we all know that even a coma doesn’t keep Jan asleep, if you will, for long… 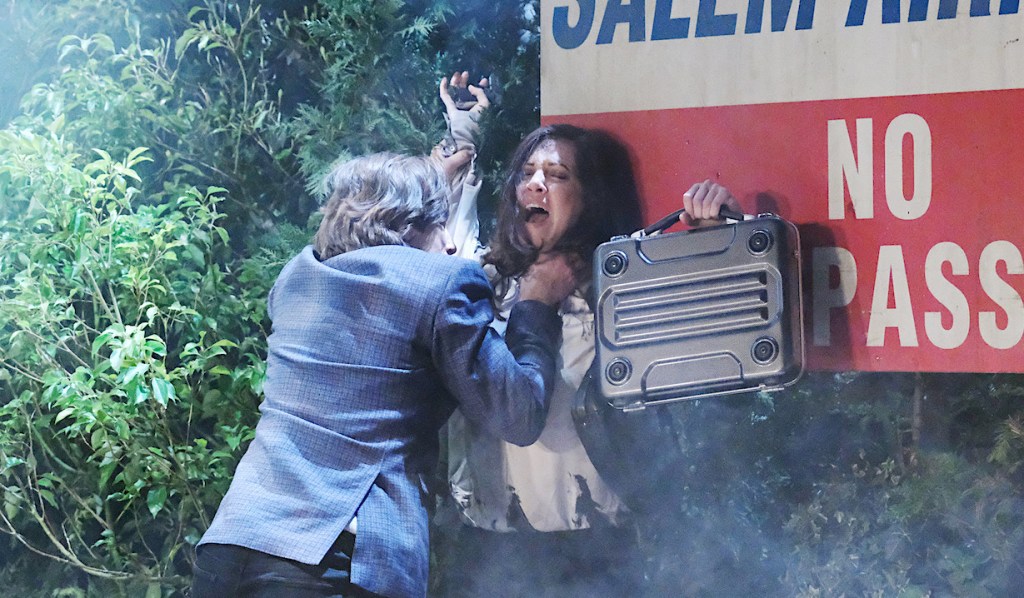 So, what’s in store this time around for the character? If you don’t want to know, turn back now… In the latest Days of Our Lives spoilers it’s revealed that a possessed Marlena awakens Jan from her coma and together they concoct a scheme to destroy Shawn and Belle. Jan will work her magic and will once again trick Shawn by getting him to meet her. As you can imagine, Shawn — and Belle — are going to be horrified by what they uncover surrounding Jan’s deception.

All the while, MarDevil makes her move and sets her sights on Ciara, which will leave Ben, Doug and Julie racing against time to save the one they love.

But there is likely going to be a twist this time when we see Lindell return in the role… Remember the Days of Our Lives winter preview that was released last month? Well, it showed Shawn and Belle in bed, which isn’t anything out of the ordinary, but Belle also walked into the room and caught “herself” with her man, to which one Belle said to the other, “Who are you?” See the twist? Stay tuned!

Watch the video below then view our photo gallery of 20 other crazy things that only ever happen on soaps.

Video: Days of Our Lives Promo/YouTube

Get Your First Look at the SORAS'd...

Days of Our Lives' Matthew Ashford...