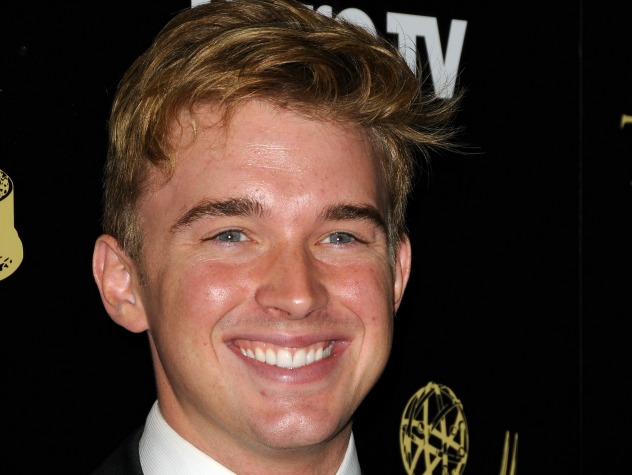 Useful information about Will Horton

* Lived at Lucas and Sami's apartments or at the Brady Pub.
* Named William (after Billie) Robert (after the Roberts family) Reed (after the Reed family).
* Moved to Switzerland with Austin and Carrie for well over a year, before returning to Salem.
* Wants divorced parents back together.
* Realized he's gay.
* Had a hard time coming to terms with being gay.
* Had sex with Gabriella Hernandez which produced a daughter.
* Dating Sonny Kiriakis.
* Started writing in college.
* Married Sonny but cheated with Paul Narita and was separated.
* Went to write a screenplay in Los Angeles.
* Was murdered by Ben Weston when he figured out that he was the Necktie Killer.
* Dr. Rolf brought Will back to life and Susan Banks cared for him.

Who's played Will Horton over the years?

Originally, Will was thought to be the son of Lucas' half-brother Austin Reed and Sami. The confusion over his paternity led to custody battles that lasted over a decade. Through all of this, he was often used as a pawn for Kate and Sami in their battles over control, a situation that often put Will in an uncomfortable position.

As he grew up, he became aggressive at school, even hurting his cousin Abby on numerous occasions. He also became disrespectful and off-handed with his parents. Things got worse for him when both of his parents became suspects in the Salem Stalker case. While the stress of this seemed to bring his parents closer together and offered him hope of their reunion, it also made him suspect that his father had returned to his drinking habit. Amidst the chaos of Sami's love life, an embarrassed Will ran away from home when she jilted Austin at the altar. She and Lucas went on television pleading for his return, all the while believing that he has been abducted. He had only gone away for some time alone. He returned safely when he ran out of money to buy food.

He moved in with his father and grandmother when Lucas was on one of his many breaks from Sami. Lucas came to befriend Sami again, for the sake of their son, before their relationship once again escalated.

Will resided with his mother and father, who married, but when circumstances forced them apart, he moved to Switzerland to be with Uncle Austin and Aunt Carrie. He returned, February 2009, wanting his parents to get back together. By the time spring rolled around, Will understood it was not going to happen and was not happy when Lucas married Chloe. They butted heads and when Sami returned home from a stint in a safe house after finding Mayor Marino dead at the DiMera mansion, she had 'adopted' a baby - Grace. The child, unbeknownst to Sami, was switched at birth with Will's girlfriend, Mia's child, (who privately had a baby with Chad Peterson Woods before Will met her) and Sami brought her home. Mia came around to help Will babysit and bond with Grace. Soon, Grace contracted Meningitis and died and months later, Sami learned that Sydney was her child and Will's sister. Nicole, who had switched babies, kidnapped Sydney. This came as quite the shock and Will and Sami and the family bonded with Sydney once they got her back but that was short lived once EJ with Anna DiMera's help kidnapped Sydney and faked her death. This crushed Will and Rafe eventually learned the truth and EJ attempted to play the hero by bringing Sydney back to the family. Will moved into the DiMera mansion with Kate when he and Sami weren't getting along, when Sami and EJ started to bond over Sydney. Eventually Sami and Will mended fences and when Sami learned the truth about EJ kidnapping Sydney, she took the kids and left the mansion. Will witnessed Sami leaving the DiMera mansion soon after. She had shot EJ. Will kept her secret even as EJ badgered Will for the truth. Will never did reveal the truth. Since then, Will has been hanging out with Gabi Hernandez. They've started dating and have had sex, but Gabi can tell that something is going on in Will's head because he doesn't appear to want intimacy with her. Will has started helping Sonny with his idea for a new school website, while trying to defend Sonny's homosexuality to his friend Tad. Eventually, Will started to deal with his own homosexuality. EJ blackmailed him into working for him. EJ would keep his homosexuality from everyone along with the knowledge that it was him, not Lucas who shot him from the public. Will did this for a time and seemed to enjoy the power and perks that came along with it. He eventually came out and quit working for EJ and was focusing on school. He had sex with Gabi one night when she needed comfort and he was coming to terms with his sexuality. He started to date Sonny after finally being comfortable with who he is, though Lucas had issues with it. Eventually, Lucas came around and his family was proud of him. Will learned Gabi was pregnant and they discussed abortion but neither could go through with it. Nick Fallon entered the picture and wanted to marry Gabi and bring up her kid as his but Will wanted to remain the child's father. Nick blackmailed Will into giving up his rights but in the end, Gabi found out and Nick relented. Will, Gabi, and Sonny moved in together, thus making it easier for them all to care for the child. During that time Gabi and Nick were intimate and she finally got him out of her system and life - or so she thought. Nick started to put her name in at modelling agencies across the USA and got her a job at Sparkle Modelling Agency without her knowledge. She didn't take the job which made Nick go a little nutty and they argued publicly about it in the Horton Square. He followed her to the woods and she fell and he got on top of her and started kissing her against her wishes. She grabbed the nearest rock and hit him in the head. Sami showed up just then and both thought he was dead. When Kate arrived after having heard the argument in the square, the trio decided to get rid of the body and dumped him in the river. Nick was still alive and gasped. He tried to hold on to Sami but she shrugged him off. He went under and they've been covering it up. Sonny overheard them discussing it, then Will and Sami was forced to tell EJ.

Nick showed up, alive, at Arianna’s christening and seemed to draw Gabi back in despite everyone’s reservations, including Will. So when Sonny proposed, Will turned him down until they could put whatever was going on with Nick and Gabi behind them. Marlena was able to change his mind though, and Will said yes to Sonny on Valentine’s Day. They were married April 3, 2014 at the Kiriakis mansion, officiated by Marlena.

When Nick asked Gabi to make their custody arrangement with their daughter more official, Nick had her get one drawn up that gave Will minimal time with the baby. Nick threatened Will and Sonny about what Sami, Kate, and Gabi did to him in order to get what he wanted. Sonny stole a gun but Will found it and made him promise to return it to the Kiriakis mansion. So naturally, when Nick was killed just a few days later Will assumed Sonny had done it and confessed to the crime himself. Gabi eventually confessed and went to prison.

With Gabi locked up, Will and Sonny settled into a new normal with the baby. Sonny knew Will wanted to pursue writing and secretly asked Victor to get Will a job with one of Titan's magazines. They soon came calling with an assignment to cover Kate and Sami’s takeover of DiMera Enterprises – right at the same time Will agreed to stand up in Sami and EJ’s wedding. When it came out his friend Abigail Horton had slept with EJ, Sami went on a revenge rampage, so Will turned his article into a tell-all to teach her a lesson. Sami was livid and made sure Abigail was exposed as the unnamed mistress. Once published, everyone was mad at Will, but it didn’t stop him from writing his next tell-all, this time about Chad DiMera and his feud with EJ.

EJ was murdered while Will was working on his article, and before it went to print producers from Hollywood approached him and Sami about turning his expose about her takeover into a movie. Will decided to leave his husband Sonny for six months, and in October 2014 left for California with Sami and her kids. He returned to Salem a few months later, dumped by the studio. He soon returned to his job writing and while writing a coming out story about baseball hero Paul Narita, he cheated on Sonny with Paul, who just happened to be Sonny's ex-love. Sonny and Will had a difficult time with this and the news that Will cheated while in Hollywood so Sonny left the country to think about what he wanted. While in Paris, Will finally realized he made a huge mistake and called Sonny to let him know he wanted to try again. Unfortunately, Will was murdered by Ben Weston, the Necktie Killer after Will realized Ben had murdered Serena and Paige.

Will returned as a hallucination to his father Lucas on September 15, 2017, though Lucas thought it was real. He appeared a few more times to Lucas. Dr. Rolf came to Salem and Sami and Lucas learned Will could be alive. Sami followed some leads that Hope Brady found once Rolf committed suicide with a cyanide tablet (though he did not die). She went to Memphis. In November, she learned that Will indeed was alive and living with Susan Banks.