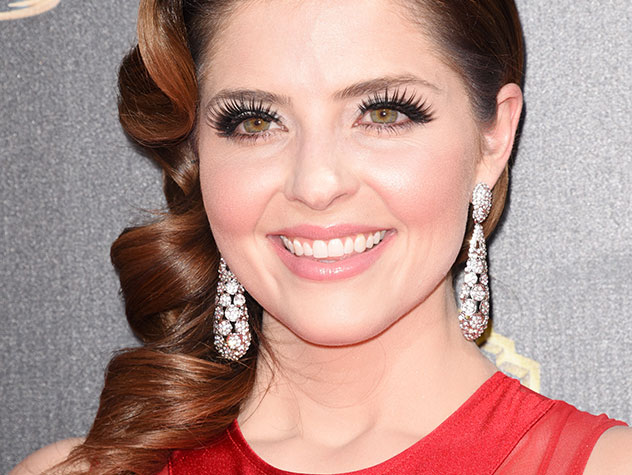 * Jeannie was born September 3, 1990.
* Was thought to be Cal Winter's daughter.
* Brought up by Kimberly Brady Donovan.
* Works as Jennifer's assistant at University Hospital.
* Fired as Jenn's assistant.
* Anne Milbauer hired Theresa back at University Hospital.
* Married Brady Black when he was drunk in Vegas
* Hit John Black over the head in a fit of rage, leaving him in a coma.
* Became pregnant with Brady's kid and Kristen DiMera stole her embryo.
* Learned Kristen had her baby and with Brady's help, found him, named him Tate, and took him home to Salem from overseas.
* Her ex, head of the drug cartel, Mateo, found her and wanted her to return to Mexico with him.
* Was held captive for almost 2 years with Mateo until Xander happened along and took her back to Salem.
* Learned sister was engaged to Brady.
* Won sole custody of Tate.

Who's played Theresa (Jeannie) Donovan Black over the years?

Named after her father Shane Donovan's mother Margaret, who was nicknamed 'Jeannie', Kimberly and Shane thought Jeannie was Cal Winter's daughter. Paternity tests proved she was Shane's. Theresa was brought up by Kimberly Brady Donovan, seen as a child in the 90s and returned to Salem, alone, seen picking up JJ Horton. She took a job, given to her by her Aunt Kayla Johnson as an assistant to Jennifer Horton at University Hospital. Theresa met Anne Milbauer, and became fast friends with her. She loathed Jennifer Horton on site and she and Anne plotted to undermine Jennifer. She and Brady met at an AA meeting and immediately disliked one another. Soon, they'd meet to drink together and Theresa wanted to be with Brady because of his money. Her feelings grew into something more. They did cocaine together a few times and they took a trip to Las Vegas, where drunk, they married. Brady's dad, John, was furious and so Theresa asked for a million bucks to walk away. John had been recording the conversation and tried to blackmail her when she hit him with a fire poker, making him fall into a deep coma. Theresa blamed it on a passed-out Brady. When he came to, he stopped drinking and taking drugs and asked Theresa for an annulment. When Kristen DiMera returned to town, Brady turned to Theresa for comfort. They made love. Kristen learned Theresa's secret and told Brady, who dumped Theresa for good. Kristen learned that Theresa was pregnant, and stole her embryo, had it implanted into herself, and gave birth to Tate, Brady and Theresa's baby. Theresa didn't recall any of this and was shocked when her pregnancy test came back negative. Theresa swore to Brady that she was pregnant, but can't explain why she suddenly isn't. They moved on from one another and when Anne spiked Brady's drink with alcohol, Theresa freaked out and stops him from drinking, realizing that though she can take or leave alcohol, Brady really is an addict. Brady was thankful to her for saving him and they called a truce. They eventually learned that Kristen DiMera stole Theresa's embryo and worked together to find Kristen. Once they found her overseas, they located their son, named him Tate, and took him home to USA where they got closer as they raised him. Eventually they fell for one another, became engaged, and just as they were about to marry, Theresa's ex beau from Mexico, Mateo, the head of a drug cartel, found her and ordered her back to Mexico with him or else. She decided there was no way out and left Brady for Mateo, trying to find dirt on the man so she could get rid of him and return to Salem. Theresa was gone almost two years when Xander came to Mateo with an interest in getting paid for some diamonds. Theresa convinced him to rescue her and in return, she'd help him get back in with the family back in Salem. They returned and Xander wasn't welcomed back and Theresa learned Brady had become engaged to her sister, Eve. Angry, Theresa fought and won sole custody of Tate, then went to California to be with her mother Kimberly, who had cancer.