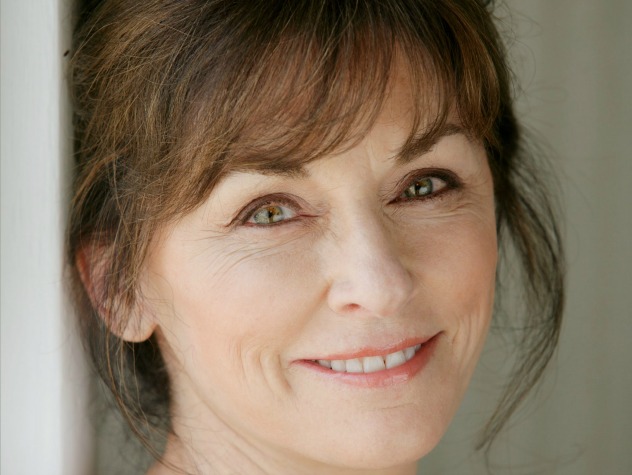 * Stefano hired her to have a child in order for Kristen to buy the child and pawn it off as John Black's.
* Married John Black while posing as Kristen Blake.
* Locked Kristen Blake and Marlena Evans in Stefano's secret room.
* Thought of Vivian and Kristen as vampires.
* Married Edmund Crumb and moved to England with Elvis Jr.

Who's played Susan Banks Crumb (past) over the years?

Susan Banks agreed in return for a large sum, to let Stefano DiMera bring her to Salem to impersonate Kristen Blake and to provide a child for Kristen who was faking a pregnancy from John Black. The woman would don a wig and false teeth when she impersonated Kristen and hide out when she wasn’t. Susan pulled it off for a while and went into labor February 20, 1997. Kristen disguised herself as a nurse so she could switch places with Susan once she gave birth. John surprised Kristen by bringing a priest to the hospital to marry them before she gave birth. Though Marlena attempted to stop the wedding, having her doubts that Kristen was really pregnant, the ceremony went on and John married Susan. When John Jr. was born, Susan gave Kristen the baby but wanted her money back and the child when she learned the child needed surgery for a heart defect. Kristen convinced Susan to let the child stay with loving parents for a while until Susan began deluding herself that John was her husband. She threatened Kristen, who convinced her instead to breast feed the child in disguise. When Susan grew too attached to little John, Kristen forced Susan to use a breast pump so she could feed the child herself. Susan refused to leave him so Kirsten hired her as a nanny in order to shut her up.

Stefano created a secret room to be built in the bowls of the mansion where they could lock Susan up. Susan figured it out and Hope found her crying at the park, so suggested she speak to psychiatrist, Marlena Evans. She did so and Marlena learned that a woman was trying to steal Susan's baby and vampires were after her. Marlena gave her a rock to 'ward off vampires' and found it one day while at the DiMera mansion. Marlena realized what was going on soon after, but before she could tell anyone, Kristen locked her in the secret room. Susan found out and attempted to release her but Kristen put a stop to that. Susan learned Marlena was in love with John and secretly started impersonating Kristen before locking her in the secret room along with Marlena so she could be with John herself. Everyone was fooled and Kristen and Marlena had to eat potato chips in lieu of healthy foods and watch John being seduced by Susan.

Vivian and Ivan became suspicious about "Kristen's" unusual behavior. Susan's twin sister, Sister Mary Moira, arrived looking for Susan but John said she left town. Mary admitted she received a letter saying that Susan had married him and had a child with him. John made light of it. Susan planned an Elvis themed wedding which Kristen and Marlena were forced to watch. Kristen tried to dig through the wall and ended up hitting a gas line, which knocked both ladies unconscious. Stefano showed up dressed as a waiter and was planning to escape with Marlena but Laura turned up and accused "Kristen" of kidnapping Marlena. She slapped "Kristen" in the face and knocked out her false teeth. They landed in Vivian’s champagne glass and Susan was left to confess all. John saved Kristen and Marlena and told John everything. Susan moved into Marlena's penthouse with John Jr, "Elvis Jr." She told her sister Mary that Elvis was the father. Celeste visited and gave Susan a warning that the father was going to kidnap little Elvis. Sure enough, Kristen visited and drugged Susan, who realized while drugged that Stefano was Elvis’ father, not the real Elvis Presley. Stefano warned Susan to keep it to herself or never see Elvis Jr. again.

Kristen went nuts and told Susan she’d keep Elvis Jr. safe if she raised him. She drugged Susan again and tricked her into signing away her rights to the child. Kristen disguised herself as Susan. Susan was about to jump into the Salem River but John caught her and Susan went for help from her brother – triplet Thomas. Sister Mary Moira stopped Thomas before he could hurt Kristen. Stefano heard about this and stole Elvis Jr. back and gave him to Susan. They went to court over it but Marlena helped Susan to double cross Kristen and she kept the child.

John arranged for Susan and Elvis Jr. to leave for England, where she moved and met the proprietor of the pub Violet Crumb. She fell for her son Edmund. When Susan and Vivian Alamain saw each other one day and Susan and Edmund stood up for them in their wedding. A wedding photo appeared in the paper and Susan faxed it to Marlena. Kristen intercepted it. Meanwhile, Susan and Edmund were dating. Edmund was in London getting her an engagement ring when Susan received a mystery call. Kristen kidnapped Sister Mary Moira and forced Susan to fly to Salem 'in a white dress' and bring her the child or she’d kill Mary. Penelope Kent, Mary, Susan and Thomas’ other sister came to see Susan but Susan thought she was Kristen, tricking her, since she didn’t know of her long lost sister Penelope. She thought she was a triplet but turns out she was a quadruplet and Susan’s mum gave Penelope up at birth. Penelope, an actress dying of an incurable disease, told Susan she saw her picture in the paper and realized they were sisters. Susan told Penelope that a "mean mean" woman named Kristen was trying to take her baby. Penelope and Susan dressed up in the same white outfit and flew to Salem. On the way there, Penelope ingested a lot of alcohol and drugs to help her with a fear of flying. Meanwhile, Kristen arranged to sell Susan into white slavery and keep her baby. Susan showed up at the house and talked with Kristen. Kristen drugged her drink and they argued when Kristen learned Susan left Elvis Jr. in England. Susan passed out and Kristen donned her Susan disguise. Susan was kidnapped and taken overseas to become part of the harem for The Supreme Leader. An escape attempt forced an order for her execution. She noticed The Supreme Leader choked on a bone before she was executed, and she saved his life by performing the Heimlich. He liked her and stopped her execution. He kept her with him day and night, but Susan planned another escape and hit him over the head and ran to Edmund, taking some diamonds with her. She warned Edmund about Kristen and hired a pilot to take her to Bermuda where Kristen and Edmund were marrying. She exposed Kristen and learned her sister Penelope was killed in the pool in Salem. Susan arranged for Kristen to be sent to replace her in the harem and she married Edmund April 21, 1998.

Later, Susan kept in touch with Marlena and learned she and John were marrying. She gave word to Kristen who was locked up with the Supreme Leader. In order to foil Stefano, Susan called Stefano a few times pretending she was Kristen. EJ moved back to Salem to live with Stefano and mentioned his mother a handful of times.

Recently, Nicole mentioned sending photos of EJ in his Halloween costume, dressed as Elvis. Susan is expected to return briefly to Salem in December 2011.