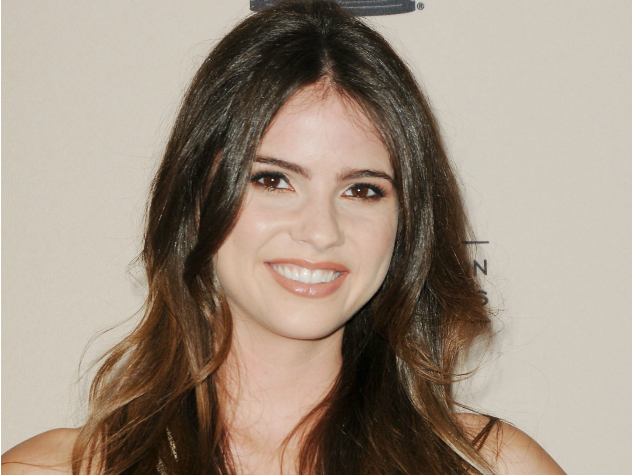 * Born in 1991.
* Kidnapped Nanny Sheila Salsbury and took her to Australia but was later rescued.
* Was a race car driver.
* Dated Max Brady
* Student
* Raped by Ford Decker
* Was engaged to Philip Kiriakis
* Was kidnapped on EJ DiMera's demands by Owen
* Dumped by Nathan Horton
* Moved out of Salem
* Returned Valentine's Day 2017 for her parents wedding

Who's played Stephanie Johnson over the years?

Stephanie was born to Steve and Kayla Johnson. As a child she was kidnapped by her nanny, Sheila Salsbury who took her to Australia. She was rescued and not seen on canvas until 2006.

Stephanie is all grown up and a race car driver. She came to town with Kayla and stayed for a few months until she accepted a position with a racing team outside of Salem. During her time in Salem she dated Max Brady and was broken hearted when he dumped her after she was in a race car accident due to the black glove crimes.

During this time, Stephanie left Jeremy and was raped by Ford Decker, the campus rapist. She told nobody and though she suspected she was pregnant, a test confirmed she was not. She finally told her parents, who comforted her. She spills this all to Max, and they build a relationship, slowly, and wind up together. She gains closure with the rape when Ford is accidentally killed on campus, and she and Max start having issues in their relationship when Max’s lack of trust causes him not to be completely honest with her about helping Nick Fallon get his grant proposal. When Trent Robbins came to town, Max’s biological father, Max keeps it a secret from Stephanie for a while and this causes issues between them as well. When he finds out he has a sister in Europe. He takes off for Paris and Stephanie follows. Their relationship got worse when Stephanie and Melanie met and didn’t hit it off. Stephanie saw Melanie’s character flaws and didn’t take to her, but Max didn’t see them or didn’t want to see them, so they grew apart. Eventually, when Stephanie betrays Max’s trust and goes to the police with information that Max knows about Melanie being at the cemetery when Trent was murdered, Max dumps her.

Stephanie gets a job at Titan, and tries to move on without Max. She works under Philip Kiriakis and the two start growing closer. They become engaged, but Stephanie can't abide by Philip's dangerous work. She's kidnapped on EJ's demands by Owen, the gardener, who is a spy for the DiMera family, and shoved into a cold drawer in a funeral home until she is rescued by Philip. Eventually, she and Philip separate and she becomes interested in Nathan Horton, who is already interested in Melanie Layton. Since things don't work out between Nathan and Melanie, Stephanie gets involved with him but becomes increasingly insecure that her beau may still have feelings for Melanie. When Stephanie learns Philip cheated on Melanie with Chloe and it turns out he's the father of Chloe's baby, the test results quickly change and suddenly they show Daniel as the father of Chloe's baby. Stephanie is working hard with an old friend Ian, to get to the bottom of who switched the results, concerned Nathan will learn the truth and leave her for Melanie. Nathan did find out and he did leave her. She broke down and left canvas for several years. She returned February 2017 for Steve and Kayla's Valentine's Day wedding.