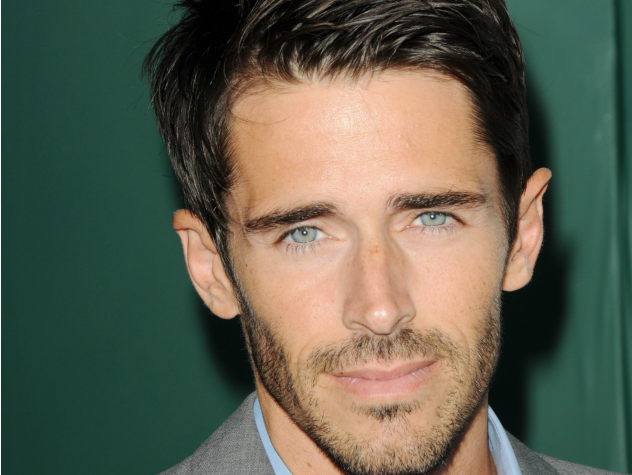 * Father to Claire.
* Went on the run with Belle and Claire so that they didn't have to give Claire up to Philip.
* Trained to join the Salem PD
* Married Belle Black on Thanksgiving 2007 and they are now sailing around the world with their daughter, Claire

Who's played Shawn Douglas Brady over the years?

When he was young, Shawn learned how to fend for himself, a skill that he seemed to inherit from his parents. He was kidnapped by Stefano, as part of the lengthy DiMera-Brady feud, but escaped without great difficult. He achieved this feat once again after he was sent off to boarding school. The sense of adversity went a long way in shaping his rebellious attitude and helped him develop an even handed relationship with his father when they sought to track down his real mother.

Entering into high school, Shawn found himself consistently challenged by two people: Belle and Philip. As the two boys vied for her affections, they also began to vie for the affections of her friend Chloe. Although Shawn ended up winning Belle over, it was not to last. During a trip to Puerto Rico, Shawn became caught up in the search for Alice's missing ruby and, in the process, ended up involved with the highly troubled Jan Spears. She told him that she had been raped on the island and left pregnant with venereal disease. She begged him to pretend to be the father of the child to spare her the humiliation of the truth. Agreeing to help her cost him his relationship with Belle.

Jan soon left for Europe, however, but even with Philip out of town all the while, it was only months before Shawn and Belle began to gravitate back together. Although they continually came close, particularly after she learned the truth about Jan, the trust issues which have so often sabotaged their relationship continued to rear their heads. At the end of the school year, the relationship was put off once again when Philip returned and was paired off with Belle on the dating show Love is Blind.

Jan returned to Salem after her mother died. She sought therapy with Marlena, or so she claimed. In reality she had returned to take Shawn back. She abducted him and held him hostage in a cage, reminding him the whole time of how close Philip and Belle were becoming in his absence. As always, he managed to escape, but this time he bungled it, getting into a motorcycle accident on the way out. The crash left him with a form of amnesia and a desire to stick close to Jan. She continued to convince him that they were in love and even engaged. He fell out of her hands one night when she tripped and knocked herself out. He got away and she fled town for her crimes.

When Shawn was back to his senses, it was too late for him to stop Belle from marrying Philip. His feelings didn't go away, but this didn't stop him from assisting in Philip's rescue mission when he had gone overseas to fight. Realizing that, with the birth of Claire, Belle's daughter, it was over between them, he tried to move on with Mimi. They married after he got her pregnant.

Things got a lot stickier soon. Mimi had known all of this time that baby Claire was actually Shawn's child and not Philip's. After she lost their child, and Belle became pregnant with Shawn's child, thanks to an accident at the fertility clinic, he decided to end things with Mimi when her knowledge about Claire came out. Devastated by all of the deceptions, he drove a car straight through the wall of the Kiriakis mansion and told Victor, who had long known everything, that he was through with him and the rest of the family.

Things went down hill from there. Belle lost the baby she was carrying and, thanks to a miscommunication, Shawn thought that she wanted nothing more to do with him. Drifting around, he hooked up with Willow, an ex-prostitute, and they moved in together. Although, even with her, he still tried to pursue a relationship with Claire and looked for a flicker of acceptance from Belle. Down on his luck, Shawn decided to go to work for EJ Wells as a courier, a choice which Bo found highly objectionable.

In a last bid to turn his life around and get what he wanted, he left Willow and quit working for EJ. Willow promptly burned down their apartment and Shawn ended up living with his parents. This didn't stop him from trying to get Belle back, a move which further aggravated Philip who began to fight for custody of Claire. When he was awarded temporary custody, Shawn decided that it was time for him to take desperate measures. He and Belle kidnapped Claire and fled to Canada so that they could escape to Australia. At the time, Willow went to Philip and told him that she was pregnant with Shawn's child. She needed help and offered him to help track them down. Philip followed close behind, trapping them on the cruise ship. Unrelenting, Shawn, Belle and Claire took a plunge into the ocean, faked their deaths and washed up on a desert island. When Claire became sick, they escaped to another island to get her medical attention. They hid out there for awhile, Shawn and Belle argued about the state of their relationship the whole time, until Philip tracked them down to reclaim Claire.

Shawn, Belle and Philip reached a custody agreement to compromise on visitation. Belle and Shawn got closer and were married on Thanksgiving 2007. During this time, Shawn decided he wanted to join his parents and become a police officer, but this worried Belle. Meanwhile, Belle helped Philip look for his son that he had with Mimi Lockhart. Shawn began to notice the amount of time Belle spent with Philip. It wasn't long before Shawn found out that Belle and Philip had slept together when they were engaged. Furious, Shawn resented Philip and separated from Belle.

When Claire was kidnapped in January 2008, Belle, Shawn, Philip, and Chloe went after Crystal Miller who took Claire to New Ross, Ireland. There, Belle and Shawn were reunited with Claire in Ireland. They also met Colleen Brady, Shawn Senior's sister, who also turned out to be John's mother, making her Belle's grandmother and Shawn's great aunt. Colleen confessed that she sent Crystal Miller to take Claire for her safety. Unfortunately, Colleen revealed that she was terminally ill and died shortly after. On the way home from Ireland, Belle and Shawn, along with everyone else that were flying back, faced a traumatic plane crash due to plane sabotage. Shawn's grandfather, Shawn Brady Senior, died as a hero on the plane.

Shawn and his family returned to Salem to bury and mourn his grandfather. Meanwhile, Shawn's father, Bo was admitted to the hospital for pancreatic failure. Shawn tried to comfort Hope and stayed by his father's side as Bo went through a life-saving pancreatic transplant. Shawn finally forgave Belle for her affair with Philip and they decided to reunite with a fresh start. Shawn told Belle about his adventures when he was young and his parents had taken him sailing around the world. After Bo's successful surgery, Belle and Shawn decided to take Claire and sail around the world on the Fancy Face 4, a boat John bought for them. They promised that Salem will always be their home and that they would be back.