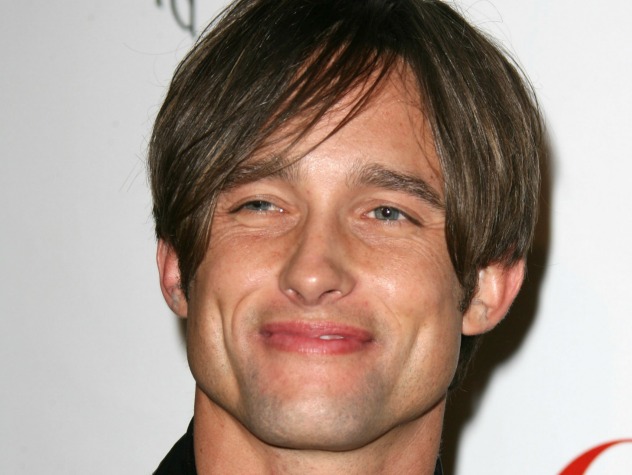 Useful information about Philip Kiriakis (Past)

* Served in Afghanistan and Iraq.
* Married Belle Black (January 3, 2005 - divorced in 2007).
* Legal father of Claire although she is biologically Shawn's.
* Was involved with a shipping war with John Black, and now a war with the DiMeras over the alternate fuels project.
* Married Melanie Layton on Valentine's Day.

Who's played Philip Kiriakis (Past) over the years?

Philip came into the world through the convolutions of the power struggle between Kate and Vivian. As the women struggled for a place next to Victor, they took drastic measures. When Kate sought to get implanted at a fertility clinic, Vivian managed to switch their embryo and be implanted with it herself.

As his parents battled over him, the young Philip rapidly aged into a high school student. He spent his time with rich kids Jan Spears and Jason Welles, tormenting Chloe Lane. The nasty games would stop for a moment when Philip, discovering more depth to her than he originally imagined, fell in love with her. Things got nasty again though when she accused him (falsely) of rape. He dumped her soon after, once her nude photos began to circulate in public.

Moving on with his life, Philip left Salem and joined the military. He soon returned to town to serve as the 'mystery hunk' in the Love is Blind contest. While back in town, his feelings for Belle Brady were soon reawakened. As they pursued a relationship, he continued his covert work for the ISA. Along with Tek, he worked to get the dirt on Tony DiMera. Eventually, he and Belle became engaged. They almost had to postpone the wedding when he was called to serve in Iraq. Instead, they rushed ahead and wed before he left.

While he was away, Belle couldn't help admitting to herself that she was truly in love with Shawn-Douglas Brady. Despite wanting to run off with Shawn, she had to stop herself after Philip lost his leg in the war. She became pregnant and Philip was ecstatic to have his own daughter. They began planning for more children and went to a fertility clinic. There was a mishap at the clinic however and she became pregnant with Shawn's child while Mimi became pregnant with Philip's. Soon, another fact would shake up his life. It came out that Shawn was Claire's biological father. He nearly broke down and ran off with Claire, refusing to ever let anyone take her away from him. After he settled down, he returned to Belle's side and promised to be there for her and her new baby. Sadly, things weren't working out for the young couple and they came to understand that neither of them were really happy in the marriage.

He left Salem, returning to combat. Soon, he returned, now unrecognizable thanks to the reconstructive surgery done to his face after it was seared by severe burns in Afghanistan. His father, Victor, tried to look after him and brought Claire to visit him on a regular basis. Victor bribed a judge to grant his son legal custody of the little girl, a move which would push Shawn and Belle to take Claire and go on the run. He followed them, first to Toronto and then onto a ship as they stowed away for Australia. Although he manged to get them confined to their quarters, they escaped and were presumed dead when their boat washed up smashed and covered in blood. Philip still clung to hope and joined forces with EJ Wells to track them down.

Philip had a change of heart when he was in a tsunami near Australia, with Shawn, Claire and Belle and wanted to make things right. As soon as they all got back to Salem, Philip gave up his fight for Claire and allowed Shawn and Belle to raise her peacefully.

He immersed himself in business at Titan as the CEO under Victor's scrutiny. When Chloe Lane came back to Salem without Brady, there was still sexual tension between her and Philip, but this was temporary and they both agreed to be just friends - without the benefits.

Philip soon became involved in a shipping war with the new John Black, and tension between the two increased, while Paul Hollingsworth got caught in the middle, playing John against Philip. During this time, Philip started dating Paul's daughter, Morgan, and when Paul went missing, Philip was the key suspect. When Paul reappeared and told everyone that John was holding him prisoner, Philip's name was cleared and Paul was arrested. Philip and Morgan continued on with their rocky relationship, but Morgan ended things and left to Chicago for a job.

Philip continued running Titan, and took on Stephanie Johnson as an intern. They two became friendly, while Philip also met Melanie Layton, and had a brief flirtation with her. When Philip learned that Melanie owned the rights to the alternative fuels project, he used her crush on him to his advantage and tried to buy the rights to the project. He gave her a receptionist job at Titan, which lasted briefly. While Stephanie and Philip's relationship started heating up, a jealous Melanie tried to use the project as leverage to get Philip's attention. She repeatedly threatened to take the project elsewhere, and soon got the attention of the DiMeras.

Melanie started a war between the DiMeras and the Kiriakis', over the fuels project. When Titan's computer server was sabotaged and wiped out completely, Titan lost the blueprints for the project. Philip swore that he'd get revenge and get the fuels project back. During this time, Victor's disappointment in Philip increased, and the two constantly fought. Philip's relationship with Stephanie was also on shaky grounds, as Philip's business tactics displeased Stephanie. Victor eventually fired Philip from Titan and disowned him as a son, so Philip moved in with Stephanie as he vowed to get the fuels project back.

Eventually, the last copy of the fuels project ended up in Tony DiMera's hands. Philip threatened Tony and the two fought on the pier, where Tony accidentally fell to his death, as Nicole Walker looked on. Philip was immediately listed as a suspect, and hit-listed by the DiMeras. Stefano swore revenge on the Kiriakis' for Tony's death, even though Nicole told the police that it was an accident. Stefano and EJ refused to believe this and plotted to have Philip killed. During a romantic surprise in a hotel room with Stephanie, Philip was shot by a DiMera hitman.

Philip lay in critical condition at the hospital, with Stephanie by his side, and Victor vowing revenge on the DiMeras. Victor had Stefano kidnapped as Philip healed and returned home. He and Stephanie became close and he proposed marriage to her. She accepted but was kidnapped when EJ decided on revenge for his father's kidnapping. Victor decided to let Stefano go if EJ would in turn let Stephanie free, but Owen, the kidnapper/gardener fell for Stephanie and didn't want to hand her over to EJ. Philip infiltrated the funeral home where Owen was holding Stephanie and was able to save her, with Melanie and Brady's help. Once Stephanie went home, she started taking anti-anxiety pills and realized her life with Philip would never be easy. She broke things up and left him. They went back and forth but he had feelings for Melanie Layton at the same time and decided to pursue her.
They married and on their wedding day, Melanie was accidentally shot.

Claire Kiriakis (legal father)
Possibly one, with Mimi Lockhart-Brady, due to the black gloved crime killer (EJ Wells) switching the eggs with Shawn and Belle's.