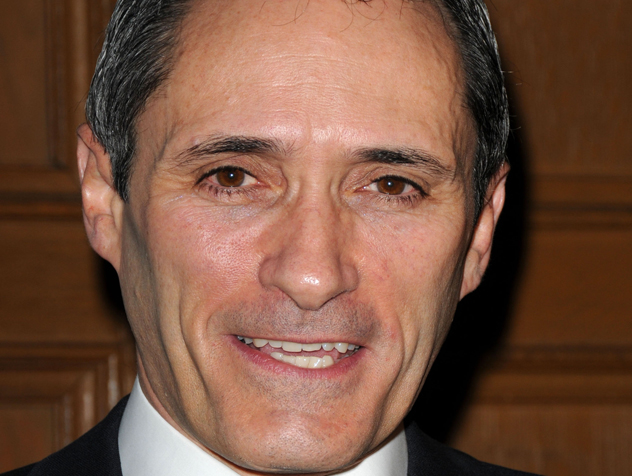 Orpheus (as played by George DelHoyo on Days of Our Lives)

* Real name is Milo Harp.
* Worked with Roman in the ISA.
* His wife Rebecca was accidentally killed by Roman while on assignment.
* Kidnapped Marlena Evans as revenge.
* Kidnapped Kayla Johnson, who was saved by Steve Johnson.
* Was thought killed by Roman, his body never recovered from a plane crash.
* Was revealed alive in 2016, plotting to escape prison with Xander Cook and Clyde Weston.
* Kidnapped Kayla and Joey Johnson and demanded $20 million dollars for Joey.
* Attempted to burn Kayla Johnson and Marlena Evans alive.
* Detonated a number of bombs across Salem.
* Escaped and wasn't seen again until March 2020.
* Has a son Christian Maddox aka Evan Frears, and an unnamed daughter with Rebecca. He has a grandson through Evan, David, and another grandson through his daughter.

Who's played Orpheus over the years?

Milo Harp, known as Orpheus, was a former ISA agent and marksmen. He was Roman Brady’s former ISA partner. After Roman accidentally shot and killed his wife Rebecca while on assignment dealing with the KGB, Orpheus left the ISA and began planning his revenge against Roman for the death of his wife. When he returned for revenge, John Black was believed to be Roman Brady and living happily with Marlena Evans and twins Eric and Sami. Orpheus put his plan into action and kidnapped Marlena, luring Roman to him. When he finally released Marlena, who ran to Roman, was shot in the back with a tranquilizer gun in front of Roman, so he would experience the same pain he did, watching his wife die. However, she wasn’t dead, and later Orpheus blew up Roman and Marlena’s house with Marlena in it, so it would appear she was dead. In reality, he whisked Marlena and his kids away to a hideout in Europe where he planned to have her raise his kids as their mother. He later tormented Roman by sending him videos of Marlena, teasing him with the idea that Marlena was still alive. Roman was able to locate where Orpheus had Marlena in Sweden. Roman shot Orpheus and thought he was dead but was too late to save Marlena. Orpheus had put Marlena on a plane which blew up in front of Roman’s eyes in 1987. Marlena’s body was not recovered from the wreckage.

Orpheus was revealed to be alive and in prison in September of 2016. He plotted to make his escape with other villains from Salem, Xander Cook and Clyde Weston. The trio wreaked havoc on Salem while hiding out at a shack on the pier. During the ordeal, Orpheus took Kayla and Joey Johnson hostage. Steve was able to rescue Kayla, but not his son Joey. The trio moved to the Kiriakis compound, and while holding Joey hostage, Orpheus took pity on the boy, who Xander roughed up. Orpheus revealed he had two children who hated him due to his past, and Joey told him how he once hated his father Steve, so there was hope for him and his children. Orpheus eventually demanded $20 million dollars to release Joey and wanted John to bring the money, though his real plan was to kill John. His plan failed when John was able to rescue Joey. Orpheus decided it was time to burn Salem to the ground and set off multiple bombs around the town. He again arranged to meet John for the money, but Steve surprised Orpheus and shot him in the shoulder and he was arrested. Marlena tended to the wounded Orpheus at the Salem PD, and Orpheus was able to get a guard’s gun and take her hostage. He eventually committed suicide by drinking poison in front of everyone, while making one last attempt to shoot Marlena, which failed. However, this death was another trick. Orpheus resurfaced at Halloween disguised as a magician. He took Kayla and Marlena hostage, nailed them into coffins at a warehouse on the pier, and then set fire to them. Steve and John, working with Andre DiMera, were able to locate and save Marlena and Kayla. During the rescue attempt, Steve and Orpheus fought over a gun, and Orpheus was shot and pronounced dead.

In March 2020 Orpheus was revealed to be alive and back in Salem. He was able to fake his death with the help of ISA boss Pamela Van Damme, who Orpheus gave secrets to in exchange for hiding him. It was revealed that Evan Frears was really Orpheus' son, Christian Maddox, and David’s father. Evan, who took David, left the boy with his father while he attempted to reunite with Sonny Kiriakis.