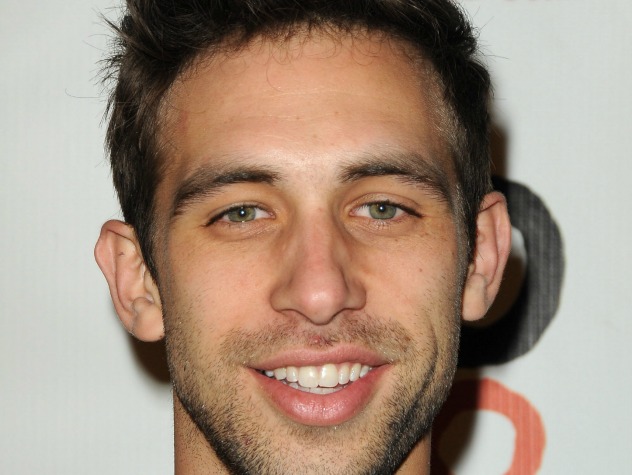 * Was a Lab Technician and student.
* Had a one night stand with Billie Reed.
* Dated Chelsea Brady.
* Hid the brush that Willow planted at the Brady home that would have wrongfully incriminated Chelsea for Willow's crime in breaking and entering and arson.
* Helped Willow and was there during her accidental death.
* Broken up with Chelsea and interested in Melanie Layton, went after Melanie, but was obsessed with her.
* Killed Trent Robbins for Melanie, and then tried to pin it on Melanie.
* Spent four years in prison.
* Works for Countess Wilhelmina.
* Engaged to Gabi Hernandez
* Blackmailed Will Horton
* Married Gabi at the Horton house.
* Divorced Gabi.
* Was hit in the head with a rock when he attacked Gabi.
* Thought to be dead so Kate, Sami and Gabi threw him in the river.
* Returned months later alive and with revenge on his mind.
* Blackmailed Sami, Kate, and Gabi and Gabi murdered him by shooting him in the park.

Who's played Nick Fallon over the years?

When Kayla was stricken with an unusual biological problem, uber geek Nick was brought to Salem to help her. As he managed to solve her predicament, he started to get to know his relatives, the Horton's, better. What he hadn't expected was to meet the intriguing and troubled Chelsea Benson. She paid him little attention, regarding him as just another geek. Realizing his problem, Nick decided to take more desperate measures as he became smitten with her. Creating a false online identity, 'Dr. Shane Patton', he began an online correspondence with Chelsea and she began to fall for him. She had no idea what he really looked like thanks to Nick's use of his creepy boss' photo in place of his own. As he began to get closer to her in the real world, as Nick, he also became closer to her mother Billie. One night, when Billie fell off the wagon, a depressed Nick was at her side and quickly found his way into her bed. Both regretted this indiscretion and decided it was best to keep it from Chelsea.

In an effort to further ingratiate himself with Chelsea, he helped her on her mission to bring money to Shawn and Belle while they were on the run from Philip. During this venture, Nick was able to show off his talents as a 'geek James Bond' while they traveled through the exotic and treacherous Canadian terrain. When they returned to Salem from Toronto, Chelsea found herself reevaluating him and started thinking of him as 'more than a friend' material. Unfortunately, Nick's secrets soon came out when Chelsea met the man who Nick had pretended to be, his boss. Disgusted with Nick, she went on a date with his boss only to have Nick save her from his predatory behavior. She was still furious with him and, in a desperate attempt to prove how much he loved and respected her, he tried to tell her the truth about his rendezvous with her mother. Billie beat him to it though, quite by accident, and managed to alienate Chelsea from both of them. Still clinging to hopes of a relationship with her, Nick stole a piece of evidence linking Chelsea to a fire in her father's house in a bid to protect her.

Willow found out and took advantage of this and demanded Nick pay her to keep quiet! When Nick met her on the beach one night to discuss this, they struggled when he refused to listen to her demands. She fell and hit her head on a rock and died. Nick tried to revive her and Chelsea stood by him when he was cleared of any part in her death. The two got together, but after they made love, Chelsea realized she didn’t feel the same about him.

Kate Roberts blackmailed Nick into falsifying DNA records stating that EJ DiMera was the father of Sami Robert’s twins, threatening to tell all about the stolen hairbrush, if he didn’t comply. He produced a blank lab report for Kate but ran a real DNA test on his own and when he went to Sami with the truth that Lucas was one of the father’s, he found a bomb, and was blown away while saving her life. He only suffered a concussion and temporary amnesia and then ran off to Vegas, wanting to find Chelsea, who was there, working. When he found her with Jett Carver, in the hot tub, and gave Nick the cold shoulder, Nick started gambling and won $50,000. He asked Chelsea to marry him and when she turned him down, he married some woman, China Lee. He didn’t remember the wedding, until later, and by that time, he and Chelsea had gotten back together. When China demanded $25,000, Nick told her he didn’t have it. She dropped her demands and was arrested for solicitation. It was then that Nick found out she had two kids, Artemis and DeMarquette. They were to go into foster care, but Nick decided to take them into his home while China served her sentence. At that time, Chelsea dropped Nick and he bonded with the step kids. Chelsea saw how he was with them and they started dating again.

Nick helped Jeremy Horton hide from the police, while mysterious Umar Abboud came looking for the children at Nick’s place. Umar told Nick that the boys were sons to a powerful man who resided overseas and that their lives were in danger. Jeremy scared Umar away, but later, when Chelsea was taken hostage, it was Umar who came to her rescue. He took the boys home to their father and Nick had to say goodbye.

Nick helped Chelsea after Ford Decker was accidentally killed, and he also started working on his grant for his alternative fuel source, while working as a professor, still. Max altered his calculations when Nick had them incorrect. He got the grant and shared his news. At this time, Chelsea was falling for Daniel Jonas, and was rushed to the hospital with an infection. Nick stood by her, but she was distant with him. He was involved heavily with his grant and the new knowledge that Max redid his entire proposal for him. Nick wanted to give the grant money back, but the Dean of students implored Nick to review Max’s changes and keep the proposal. Nick, meanwhile, encouraged Max to go back to school, but Max had no time. He had started looking for his sister, Melanie, and went off to Paris.
Nick soon saw a video of what Max’s sister looked like and instantly was attracted to her. He followed Max to Paris and met Melanie and became a man obsessed. He was shot there, while saving Melanie from a would be rapist, and was on heavy narcotics since. He got a DUI and started acting strangely. He found Melanie in the cemetery one night arguing with her father, and stabbed and killed Trent, thinking it was what Melanie would have wanted. She didn’t remember this and Nick started sending her notes, blackmailing her, saying he saw her at the cemetery. He started making these types of phone calls and finally, when Melanie was suspected in Trent’s murder, Nick talked her into going away. He took her to a hotel near the airport and told her if they married, they wouldn’t have to testify against each other. Melanie realized that he killed Trent. Nick went ballistic and when she tried to leave the hotel, he wouldn’t let her. Hope and Bo arrived and Philip and Stephanie, and Nick was taken to jail while Philip saved Melanie from falling off the balcony. Nick is now in jail, awaiting trial for killing Trent and holding Melanie against her will.

Nick returned in June of 2012. He was released from prison and got a job at the Brady Pub while living with Maggie and Victor Kiriakis. He started dating Gabi Hernandez. When Chad beat him over his bitterness toward Gabi for allowing Melanie to be kidnapped by Andrew, each was in danger of going to jail. They decided to keep it quiet with the help of Justin, who drew up documents stating if either mentioned it, Nick could go back to prison because he was still a parolee and Chad could wind up in jail for battery. Nick and Gabi fell for each other fast and it was soon revealed that Gabi was pregnant with Will's child, conceived before she and Nick met. Nick wanted to pass the child off as his and proposed marriage. She accepted and Will agreed to allow them to raise his child, albeit reluctantly. Chad learned the child wasn't Nick's and as Nick and Gabi were headed down the aisle to marry, he stood up and outed them. The marriage didn't take place and Will revealed himself to be the baby daddy. Nick started looking for ways to discount Will as an unfit father and learned that he was EJ DiMera's shooter years ago and that Lucas took the blame. He used this against Will and forced Will to sign his rights away to his child before marrying Gabi at the Horton's. Thomas Jensen left prison and came to find and blackmail Nick, and Gabi got in the way. Jensen went after them and Gabi had her baby on Smith Island with help from Sonny. She dumped Nick after hearing what he did to Will and Nick tried to make amends. He tried to get Gabi back but she started dating Cameron Davis.

Jensen went after Nick and held him captive in a cabin. He confessed to raping him when they were in prison. Will overheard this and soon leapt to rescuing Nick. They struggled and Will was injured before Hope arrived and shot Jensen dead. In the wake of this, Nick began making his apologies to Will and Sonny for how he had treated them. He urged Gabi to annul their marriage so she could have a fresh start and she reluctantly agreed.

After briefly working with Kate at Mad World, he was fired but remained a consultant. Once his parole ended, he tried to reconcile with Gabi. They slept together, but she was hesitant to give him more than that. He thought that things might work out for them if they could start somewhere new so tried getting her a job in New York so they could move away together. That plan backfired and she lashed out at him for trying to control her life. Following a fight in the town square, they ran to the woods with Kate following them. When Gabi tripped and fell, Nick started kissing her. Assuming he was going to rape her, she smashed him in the head with a rock. When Kate arrived, they called Sami over. Seeing that Nick had no pulse, they dumped him in the river. Little did they know that Nick regained consciousness when he hit the water. As he floated downstream, Percy found him while out bird-watching. It turned out that he also had taken snapshots of the women dumping Nick into the water. Nick used the photos to blackmail Kate into giving him and Percy a job at Mad World. He then set out rekindling his relationship with Gabi while also blackmailing EJ over his affair with Abigail. Most of Salem was getting tired of him. He continued to lash out at Sonny and others before finally breaking down to Julie. She encouraged him to get therapy. Before he could, Gabi shot him to death for threatening Sonny.