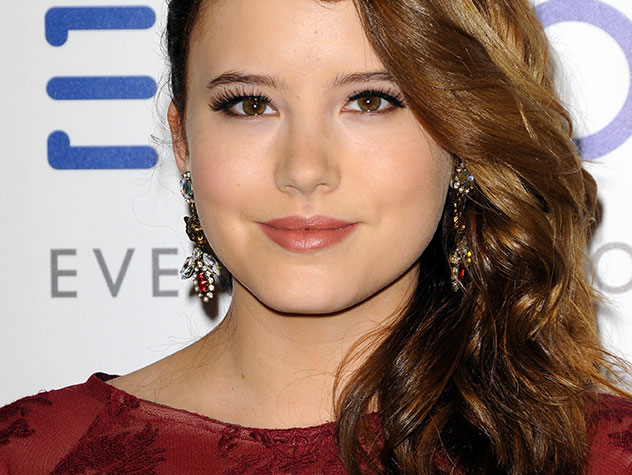 * Came to Salem as an unwed teen mother
* Gave her baby to Nicole so she could give her a better life
* Moved to Japan to start a dancing career
* Moved back to Salem when her dancing went nowhere and now wants to see her baby.
* Chad, Grace's dad, returns to down.

Who's played Mia McCormick over the years?

Mia was found by Dr. Baker, the baby broker, by request of Nicole Walker, who lost her own baby and wanted to dupe EJ into believing she didn't lose the child. Mia gave her child to Nicole, but had the feeling she didn't do the right thing. She tried to move on and went to Japan to start a dancing career with the 10K Nicole gave her for the baby, but when it didn't work out, she returned to Salem, where she lived with her cousin and met Will. She was upset one day and blurted out to Tony that Nicole has her baby. Tony passed away from a fall, before anybody but Nicole could find out about Mia, and Nicole talked her into keeping quiet about the baby. She met Will Horton and they became friends, and she babysat Grace with him. She lied about having a baby and instead told everyone she was a recovering drug and alcohol addict fresh out of rehab. She bonded with Grace, not knowing this was her daughter. Grace died and she bonded with Maggie, who invited her to live with her after Mia's cousin left town.

Mia's ex-beau, Chad, and Grace's father, came back to Salem, wondering why the gossip crowd was saying she was in rehab for a while. He tried to dig up the truth but Nicole found out about him and threatened his parents and him. Mia let people gossip about her being a drug addict but eventually, the truth came out and Chad learned he was a father. Grace soon passed away from meningitis without the two knowing who she was. Instead, they thought Sydney was their child, but Nicole had switched babies at birth. Chad tried to get custody of Sydney and when that didn't work out, more of the truth came out and they learned Grace was their child, not Sydney. They mourned her death and grew closer. Mia was dating Will at the time but played the two off each other and her behavior changed. She didn't care about who she was hurting. When Chad started seeing Gabi Hernandez, Mia made a play for him and he dumped Gabi. Will found out what Mia was up to and dumped her.