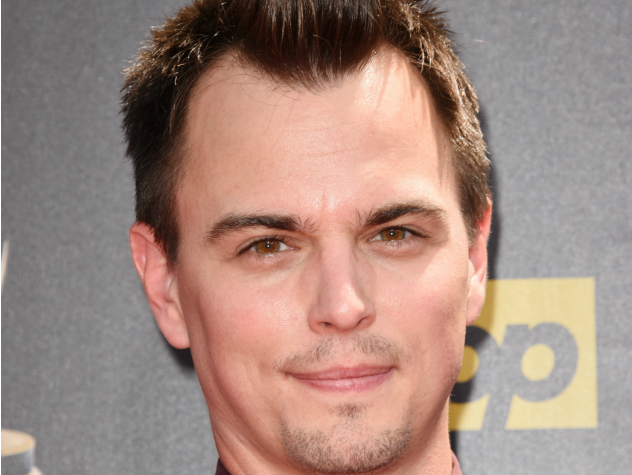 Who's played Max Brady over the years?

Max was taken in by a young man named Frankie after he escaped from his abusive father. (Trent Robbins) Together, they posed as brothers and went to Salem. It was there that they came in contact with Steve Johnson and Kayla Brady. Connecting with the couple, they were soon brought into their home. As they adapted to the town they also came to the attention of Shawn and Caroline Brady. The older couple adopted them as their own. It was not long before the new family was split up though. Frankie left town for parts unknown and Max was sent away to camp. He vanished from sight for a decade.

In 2005, Jennifer Devereaux was startled to find the long missing Max at the racetrack. He was more interested in getting to know her teenage daughter Chelsea. It didn't take much for he and Chelsea to start getting intimate, but their budding romance was sidelined when Chelsea was blamed for the death of Zack Brady. Although he kept quiet during the whole ordeal, as the truth about Chelsea became more apparent to him and the flaws in her character more pronounced, he abruptly ended the relationship.

Following this he had a brief encounter with his niece Stephanie, but things were doomed to fail. After they quickly split up, he decided that it was time to focus on his work at the garage. Soon after, he hired Abby to work for him and it didn't take long for her to develop a crush on him. He was already moving on with the highly troubled Mimi in an off-again/on-again relationship. The two of them went on a wild goose chase after Andrew Spivey (Philip). As they dug through her past trying to uncover details about her father, they began to take aim at Victor Kiriakis and became increasingly paranoid when they seemed to be followed. The two of them were trapped in a church basement where they discovered a skeleton. Mimi had it analyzed and it turned out to be her father and the ring it wore had her DNA on it. After her mother revealed that she had killed her father when she was a child and repressed the memory, Mimi left town.

Max was left feeling dejected, but Abby was still interested in him although her family insisted that he was too old for her.

Abby left town and moved to Europe to be with her family, so Max moved on with Stephanie Johnson, while he tried to help his friend and college professor, Nick Fallon win a grant to build an alternative fuel prototype. It turns out that Max is smarter than was given credit for, though he keeps it a secret. The reason for this is because his biological father, Trent Robbins was an intelligent man, but an abusive one, and he didn’t want to become anything like Trent, so kept his talents to himself.

Their relationship with Stephanie came after she was raped by the campus rapist. They became friends and then eventually lovers. Max met his biological father, Trent Robbins, who came to Salem as the Dean of Salem U. Because Trent was an abusive man, Max refused to tell anyone he knows who the man is, until he eventually burst with anger, spilling it all out in front of family. This secret keeping causes issues with Stephanie and their relationship and then when he finds out he has a sister in Europe. He takes off for Paris to find her. Stephanie follows, which leads to the downfall of their relationship. Max finds Melanie right away, with Nick Fallon’s help. Melanie turns out to be a bad girl, and gets Max put in jail when she accuses him of stealing her friend’s bracelet. Stephanie tries to reason with Max to tell him that his sister’s bad news, but he doesn’t listen to her and when they’re out of jail, and finally back in Salem, Trent is murdered. Melanie comes between he and Stephanie more when he keeps it a secret after she admits she was with Trent the night he was murdered. When Max finally comes clean with Stephanie, she goes to the police with this information and Max, realizing he can no longer trust her, dumps her.

Max keeps busy with working at Cheatin’ Heart and the Brady Pub, and is getting close with ex-girlfriend and pal, Chelsea Brady.

Chelsea and Max dated, with few ups and downs. In April 2009, Chelsea left Salem to be with Billie, who was in a bad accident. She returned in May to ask Max to move to England with her and he was hesitant at first. He had just been accepted into medical school with a full scholarship, but he quickly decided to pick up and leave Salem with her, knowing they'd find happiness in England - together.