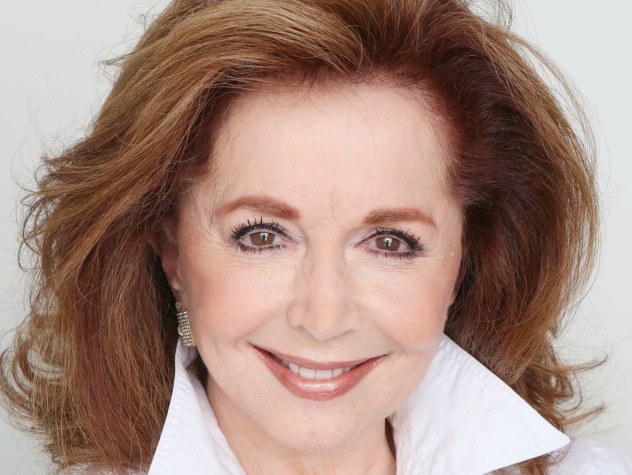 * Married Mickey Horton.
* Adopted Janice Barnes.
* Had an affair with Neil Curtis.
* Owned several businesses before settling on Chez Rouge.
* Was 'killed' by the Salem stalker.
* Nick and Abby lived with her for a time.
* Married Victor Tuesday November 8 2011.

Who's played Maggie Horton Kiriakis over the years?

Maggie grew up on a farm alone after her parents died in a car accident which left her crippled. Her lonely life was interrupted when Mickey Horton, under an assumed name, wandered into her world, literally collapsing on her doorstep, desperate for food and water. She nursed him back to health and he stuck it out with her. Eventually they fell in love and were married. When he began reading about possible treatments for her injuries, he convinced her to go to Salem University Hospital and try it out. When she arrived there, she was shocked to discover a photo of the man she knew as her husband. After asking around, she came to discover that his name was Mickey Horton and he had disappeared. It was only a matter of time before Mickey's family tracked him down. Wishing to keep him, Maggie underwent the radical surgery, but still could not walk. This, she learned was a mental problem brought on by anxiety at losing Mickey. Fighting hard to overcome it, she finally did and married Mickey once he had divorced Laura.

Things did not move along easily for the couple though. Soon, Lina Patterson arrived on the scene with her daughter. Knowing that Mickey had lost his memory, she tried to convince him that her child was his. Luckily, Maggie was notified by her husband that Linda was up to no good and that put the kibosh on things. Linda left him alone, but not without telling him the truth: He was sterile.

Later that year, he was taken away from Maggie and placed in a sanitarium after he tried to kill his brother. Maggie waited for him and they adopted a child, Janice Barnes. Only two years later the child was stolen away from them by her biological mother Joanna. Although they got Janice back, Joanna refused to leave town and the stress drove Maggie to drink. As she sunk into the bottle, she put more than herself in harm's way when she got in a car accident with little Janice as her passenger. Although they escaped with no real damage, Maggie joined AA. Sobriety proved elusive for her when Janice's custody hearing loomed close ahead. Breaking down, she took Janice and left town. She wouldn't get far, however, and Tom Horton soon found her in a town close by. After returning, Janice was injured and fell into the water before going into a coma. Maggie continued to battle Joanne for custody, but the latter won out.

The years that followed were uneven and disappointing for Maggie. First, she unwittingly sold canes which contained cocaine to customers. When the drug dealer came looking for his property, he was not impressed by this bungling turn of events and fought with Maggie. After a struggle, she shot him with his gun. Later, she agreed to become a surrogate mother for an anonymous donor. Soon the donor (Evan Whyland) appeared and, learning that Maggie was carrying the child, he began to visit her often. Both Maggie and Mickey became attached to the child and fought for custody when baby Sarah was born. After winning custody of her, they also got custody of Melissa. Evan continued to visit Sarah and this would raise the ire of Stefano against Maggie. (Evan had evidence of some of Stefano's misdeeds and he assumed that these facts were passed on to Maggie.) One day she went for a drive and soon found herself driving with tampered breaks. Although she survived, Evan was soon found dead.

This led to Mickey investigating Stefano. He was eventually kidnapped by Stefano after his death was faked. This left Mickey's partner, Don, behind and he kept a lonely Maggie company. He fell in love with her quick, but she was reluctant to reciprocate. When she finally confessed to her feelings, the timing couldn't have been worse. Mickey had just escaped and walked in as the words left her mouth. He promptly had a heart attack and they divorced. Things with Don didn't work out for her and she decided that Mickey was really the man for her. After he was shot during a gang fight, he recovered at her house and they resumed their love. They eventually remarried in a double wedding with Peter Jennings and Melissa.

By the end of the decade, Maggie and Mickey's marriage was on the wane. While he compulsively worked, she sought companionship with Neil Curtis. The affair wouldn't stay secret for long. Her daughter, Sarah, caught them in bed and snapped some photos of the event. When she was about to bring the truth out, Sarah was shocked when her mother confessed to her that Neil was her real father. Shocked by this, she exposed them anyway and Mickey was deeply hurt as a result. Nonetheless, Mickey took some responsibility for problems in the marriage and decided to work on things while Neil left town.

Turning their lives around, Maggie went into business with Alice and transformed Wings into Alice's. Expanding, they came to invest in Countess Wilhelmina, Billie Reed's company and eventually Maggie bought Tuscany. Things soon turned grim. Mickey and Maggie were attacked in their home. While Mickey survived, she was killed, the third victim of Salem's serial killer. It turned out that she wasn't dead but was being held captive with many of the town's other residents. She returned when they were all rescued. Since then, she has moved upscale and runs Chez Rouge. She also has new company in her life: Her nephew Nick and niece Abigail.

Recently, we saw Mickey return on screen. He is semi-retired and first seen with Maggie, EJ and Sami at Chez Rouge. Maggie convinced him to hire EJ at his law firm.

Maggie continues to happily run Chez Rouge, which was recently certified green-friendly. She also has let Melanie and Mia live with her and her grandson, Nathan. She has become a patriarch of sorts and is very supportive.

Mickey passed away in 2010. Maggie had rough times ahead of her as Mickey was the love of her life. She had support of family and friends. Melanie and Philip who married, moved in with her and she spent her days volunteering for the hospital. Victor Kiriakis became interested in her and she and Victor share a friendship right now that torments Maggie a little because it's been months since Mickey has passed and she cannot imagine taking things further. Victor, however, is trying to win her love although he is married to Vivian Alamain in name only. Victor divorced Vivian after she locked Maggie in a sarcophagus for days on end. He and Maggie got together and though they had their ups and downs, they fell in love during long courtship. Maggie learned from Hope that Alice had found out that Maggie's harvested eggs from years ago were given to another woman, who had her child. She learned Daniel Jonas is her son, and was thrilled. She married Victor soon after in a quiet ceremony at the Kiriakis estate with her new granddaughter Melanie, Daniel, who though was still in shock over the news, gave her away, and Justin officiated. Maggie isn't aware that Victor had a part in her eggs going to Lillian Parker, Daniel's grandmother.