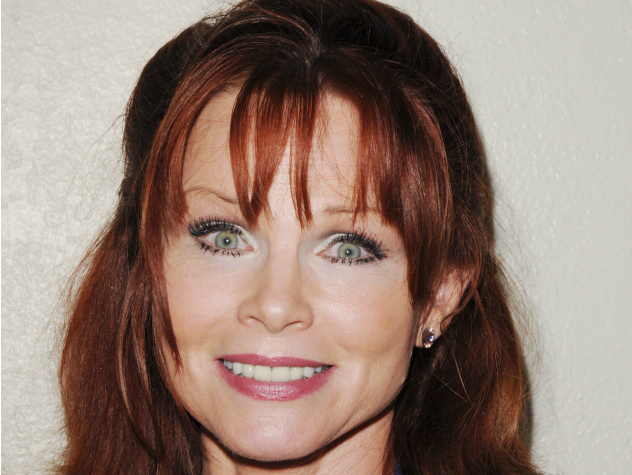 * Daughter of Shawn and Caroline Brady.
* Worked in Europe as a prostitute.
* Worked for the International Security Alliance (ISA).
* Had bouts of stress-induced blindness.
* One half of a super couple with Shane Donovan.
* Slept with Victor Kiriakis to save Shane's life.
* Shot Shane when she mistook him for an intruder. He survived.
* Was hit by a car and went into a coma. When she awoke, she had multiple personalities.
* Sent her daughter Theresa Donovan to Salem in 2013 to get straightened out after she got in too much trouble at home.
* Returned to Salem in 2015 after Theresa gave birth to her son Tate with the hopes of having them both return to California with her.

Who's played Kimberly Brady Donovan over the years?

Kimberly Brady first arrived in Salem in 1984 for her brother Roman's funeral. Before her arrival, the oldest daughter of Caroline and Shawn Brady had worked in Europe as a prostitute as well as for the ISA. She had a tumultuous relationship with Shane Donovan, and Victor Kiriakis, and when she got pregnant she was not sure who the father was. Shane vowed to love her and the baby when they were tricked by his ex-wife Emma into believing Victor was the father. Kimberly and Shane eventually got baby Andrew back and were married.

Kimberly was soon tortured by the young Eve Baron, a long-lost daughter of Shane’s determined to ruin Kimberly’s life. Because of their feud, Kimberly lost a baby – and her husband - then she lost another baby in an attempt to catch the Riverfront Knifer. Kimberly and Shane ended up renewing their vows and honeymooned in England, but when Shane was thought killed on assignment for the ISA, she turned to Cal Winters for comfort. Shane returned to Salem just in time to see them make love. Then, when he tried to come in the house, Kimberly shot him, mistaking him for an intruder.

When Kimberly got pregnant again she was not sure if it was Cal or Shane’s baby. She tried to have an abortion but Shane stopped her. Still, they broke up and Kimberly gave birth to Theresa "Jeannie" Donovan. Cal kidnapped Kimberly, the baby, and Kimberly’s sister Kayla, but Shane saved them all. He was also determined to be the baby’s father, not Cal, but it was not enough to put Kimberly and Shane back together.

Kimberly came back to Salem in 1992 with her fiancé Phillip Collier, a film producer, but was out walking one day when she was hit by a drunk Roger Lombard and fell into a coma. When she woke up she had multiple personalities, including Lacey and Clare. Marlena helped her get rid of the extra personalities and she left town with Shane for California, but came back to Salem off and on over the years, including for her father’s funeral.

In 2010, Kimberly was diagnosed with leukemia, but recovered with a bone marrow transplant from Bo.

Her daughter Theresa came to Salem after getting into tons of trouble, and Kimberly hoped her family in town would be able to help her daughter. Kimberly came back again in 2015 when Theresa had a baby with Brady Black and tried to convince her daughter to come back to California with the baby to be with her and Shane.