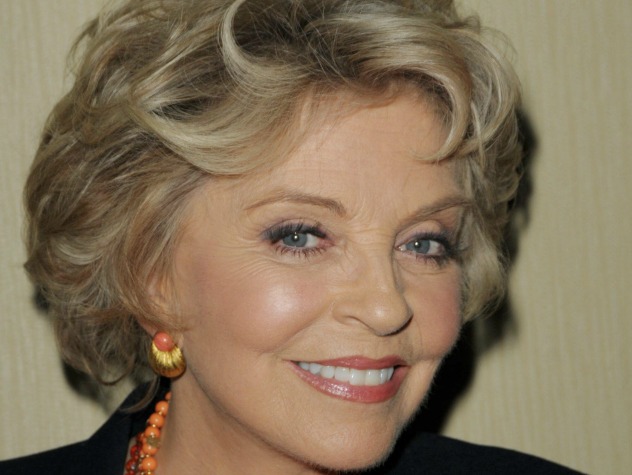 * Grew up with grandparents.
* Backed out of elopement plans with David Martin.
* Gave up child, David, for adoption.
* Later sued Scott & Janet Banning for custody of David and won.
* On-again/off-again relationship with Doug Williams made Julie & Doug one of soaps’ first “Super-couples.”
* Husband Scott killed in a construction accident.
* Narrowly escaped two murder attempts.
* Son David drove off a cliff when he became angry with her, and was presumed dead.
* When discovered that David was really alive, an excited Julie fell down a flight of steps and miscarried her second child.
* Bought and ran “Doug’s Coffee House” when love interest, Doug Williams lost his business.
* Raped by Larry Atwood and was Suspect #1 when he later turned up dead.
* Opened and ran, with the help of her brother, an antique shop.
* Has weathered three explosions: an oven explosion (which badly burned her, causing her to need plastic surgery), a bomb explosion on the infamous Cruise of Deception, and a bomb explosion in a museum.
* Lee Dumonde hired a hit man to kill Julie. The hit man shot her, but she didn’t die. When he came back for another stab at it, he missed again, and was instead shot and killed by Lee.
* Involved in titanium deposits.
* Left Salem for 4 years after her son left and divorce with Doug.
* Nick, her partner at the time, was murdered, and left his club, Wings, to Julie.
* Lifelong love, Doug, murdered by a serial killer…only to be discovered to actually be alive!
* Returns to Salem with Doug for Christmas celebrations and sometimes for short term in between.

Who's played Julie Williams over the years?

The young Julie lived with her grandparents while her parents were in Europe. She fitfully went after David Martin, planning to elope with him at one point and to steal him away from his wife years later. When David refused to leave his wife, Julie decided to wait. This came to an end when he was killed by his wife and Julie was left pregnant with his child. She named the baby after his father and then passed him on to be adopted. The couple who adopted him, Scott and Janet Banning, moved into Salem but it wasn't until some time later that Julie would learn that their child was her son.

After Janet passed away, Julie sued for custody and, by quirk, wound up marrying Scott later on. A happy family wasn't to last and Julie soon found herself in love with Doug Williams. Little did she know that he was being paid by Susan Martin to seduce her. Their affair lasted two years before she began preparing for a divorce. Things with Doug came to a halt, however, when he refused to bring her son with them on a trip to Portafino. She walked out on him and, in a fit, he married her mother, an affront which wasn't easy to bear.

She sunk into depression and remained married to Scott until he was accidentally killed during an accident at work the following year. To make things worse, she then found out that her former lover, now father-in-law, and her mother were expecting a child.

By the next year she had bounced back with a new man, Don Craig, who she became engaged to. Things got trickier when she later discovered that her mother was on death's door. This gave her the chance to slip back into Doug's life. Together, they watched as her mother drifted into a coma. She came out for a moment, to ask her daughter to take care of her baby, Hope, and then fell back under. Things weren't going anywhere with Doug, so Julie found yet another man, Bob Anderson, and married him quickly after. Within months, she was bored and decided to ditch him, carrying his child with her and running back to Doug. He didn't want her and she ended up living in the guest room and became uncomfortably close to her alienated son David. This made his girlfriend uncomfortable so she began spreading rumors about her and this broke apart the relationship between mother and son. After a fearsome quarrel, he sped of into the night in a car and drove off a bridge.

With her son thought dead, Julie was crushed but soon received news that he was alive. Excited, she rushed out to see him but fell and suffered a miscarriage. After that, she divorced Bob and became engaged to Doug. This turned out to be a problem because Doug's real wife, Kim Douglas, arrived in Salem with news that he was not who he claimed to be. After months of confused agony, it came out that Doug and Kim had been long divorced and this left Julie and Doug the chance to be married.

The marriage was far from smooth. After losing his liquor license, Doug left town, leaving Julie to turn his club into a coffee house. To run the business, she brought in Larry Atwood, who happened to be setting Doug up at the time to keep him out of the picture. When Doug was busted for drugs, Larry took the opportunity to rape Julie, an event which left her deeply traumatized and turned away from the world. To make things worse, Doug was convinced that she was having an affair with Larry. Although he kept his distance, Julie eventually told Doug what had really happened. Larry turned up dead soon after. Julie went on trial for the murder and making her ordeal public made it much worse. She was finally cleared when Larry's assistant owned up to the killing.

Moving on with her life, she brought her brother back from Paris and opened her own antique shop. Unfortunately he began robbing her blind and then an oven explosion caused severe injuries to her face. Although she attempted to have reconstructive surgery, it failed and she sought a divorce since, she presumed, Doug wouldn't want her anymore. She began dating her doctor and received another surgery which actually turned out well.

Now that she had her looks back, she wanted Doug back too. By then he had already married Lee Dumonde. It didn't take Doug long to realize that he'd made a bad choice and wanted Julie back. Bad luck for him that Lee wasn't going to let that happen and had Julie shot instead. Unlucky for her, Julie survived and, ironically, Lee ended up paralyzing herself in a fake suicide attempt. This worked out to her favor and kept Doug around out of sympathy. The next year, Julie's would-be murderer returned for a second shot and Lee stopped the assassin this time, knocking him out when she was meant to be paralyzed and then shooting him dead when he tried again. After she was put in a sanitarium, Doug and Julie got back together. Even from a distance however, Lee continued to fight them, turning Hope against them.

Things would get more difficult for the newly remarried couple when Stefano DiMera sought out the valuable mineral deposits in their basement. It turned out that these were a hoax but this did not end their engagement with the DiMera's. Renee DiMera was soon killed and Julie's son, David, became the prime suspect. To protect him, she confessed, but they both ended up being cleared. He left town after and she divorced Doug after all of the strain she'd suffered through.

She returned several years later and entered into a battle with Nick over the Wings nightclub (she owned the land it was on). As the months went by, she became irascible and he was suddenly murdered. He left the club to her in his will. She stuck around town, befriending Milly Brinker and nearly got killed when a bomb exploded at a party. Although she escaped with minor injuries, it let her meet a doctor who she dated. When Doug made a re-entrance into her life, they married again and she has subsequently left town, only appearing at special events. On one of their returns to Salem, tragedy struck when he was killed by the serial killer. Distraught, she got through it with fellow grieving widower Mickey Horton. Luckily, Doug and all the other victims turned out to be alive and stranded on an island.

Doug and Julie reunited and continued travelling around the world. They returned to Salem in Christmas 2006 and 2007. Shortly after, they teamed up with Bo and Hope to try to get to the bottom of the Brady/DiMera feud. This lead them to help find Lexi, who was missing at that time. Much later, Doug and Julie helped Bo with his surprise for Hope and were there for the renewal of Bo and Hope's wedding vows. Julie helped Hope get ready for her wedding. She and Doug also baby-sat Hope and Bo's daughter, Ciara several times. When Hope started taking sleeping pills after she and Bo separated, Julie worried about her. She helped care for Ciara and then Hope was found to be the Salem Mugger and Julie was there to blame Bo for what Hope was going through. Julie and Doug soon went on a cruise, after Hope was incarcerated and recently visited her in prison while they're home for the holidays.

Hope was eventually released and Julie and Doug returned from their travels for the opening of the Horton Town Square. They happily celebrated the holidays with Bo and Hope, who reunited again. They're back in Africa and let Hope and Bo know they'd look for clues about who Alice was sending money to all these years.