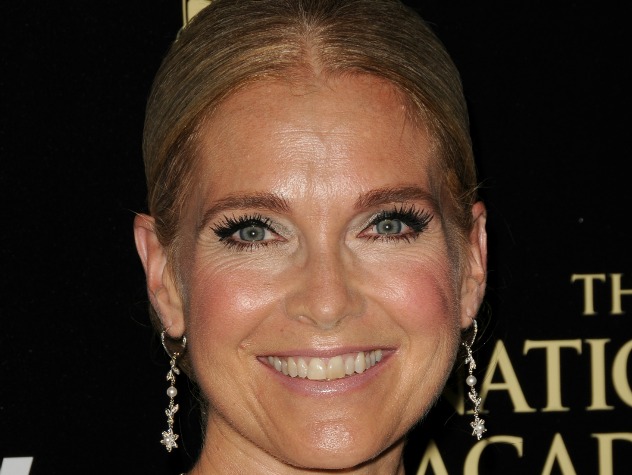 * Jennifer was married to Jack Deveraux until his death.
* Has two children, Abby and Jack Jr. (JJ).
* Had a long term relationship with Frankie.
* Was involved with Colin Murphy and had a flirtation with Patrick Lockhart, as well as Brandon Walker.
* Resides in the UK with Jack and Jack Jr. and works for a newspaper company there.
* Moved back to Salem.
* Divorced Jack and dated Daniel Jonas.
* Charged with second degree murder in the death of Nicole Walker's unborn baby when the baby was already dead.

Who's played Jennifer Horton-Deveraux over the years?

Jennifer was born during a snowstorm to a family of doctors. Early in life, her mother had a breakdown and left the three year old Jennifer on a bus alone. Soon after, she was put under the charge of her grandparents and grew into a rebellious teenager. She was stalked by a rapist but saved by her brother. Her reckless lifestyle began to take its toll on her and she moved in with her grandparents once again. In high school, she almost got her platonic boyfriend Glenn Galagher killed when she accidentally let out his plans to expose the school coach's drug dealing. Although Glenn got away, it put a strain on the relationship. This was further intensified when he began pressuring her for sex. As a result, she turned to Frankie Brady for comfort. Together, they stopped a bank robbery and broke up a prostitution ring. As they became closer, she got a shock when her father returned to town and came back into her life. To stake her independence, she became engaged to Frankie but broke it off when she learned of the mental problems that ran in her family. They got back together, but only briefly, thanks to Eve's announcement of Frankie's affair in her absence.

Later, she became friends with a homeless girl named Sally. The girl had gotten herself arrested just so that she wouldn't have to give birth on the streets. She wasn't allowed to stay in custody after the child was born so Jack helped Jennifer out by pretending to be her husband so that they could be foster parents. It didn't take Jack long to fall in love with Jennifer, but things didn't unfold cleanly for him. Jennifer got involved with an ex-gang member, Emilio, whose gang was still on the prowl and not above threatening them. This didn't stop them from becoming engaged. Jack did stop them from getting married though. Unable to hide his feelings anymore, he kidnapped her on her wedding day, but she escaped him and fell off a cliff. This incident, combined with Jack's insecurity sent her back to Emilio.

Jennifer would end up with Jack, however, despite everything. When the two of them were drawn onto the infamous Cruise of Deception, they ended up bonding and admitting their feelings for each other. After almost being killed on board ship and washing up on the shore together , they made love and became committed to each other. Back on the shores of Salem things were different. She found herself drawn into the life of Lawrence Alamain. She believed that he thought that she was her old friend, the heiress Katerina, and things quickly got out of hand. Not entirely with intention, she wound up marrying Lawrence although he secretly knew who she was. He raped her and held her prisoner until Jack could save her from him. Although she and Jack became engaged, the ordeal she'd suffered left her incapable of intimacy and Jack grew increasingly alienated when she couldn't explain what had happened to him. Turning away from her, he married Eve, though it was only for her money. Jack still couldn't stay away from Jennifer, who finally told him the truth. He pressed her to have Lawrence charged and, with Kimberley's help, he managed to get a confession out of Lawrence that sent him to jail.

After getting an annulment from Eve, Jennifer married him in a wild west show. They went on a honeymoon in Las Vegas and were quickly conned out of all their cash. They returned to Salem and Jack had a relapse of his Hodgkin's. They moved in with her father after she became pregnant and she got work as a TV reporter.

Soon, Jennifer gave birth to Abigail who, they discovered, suffered from aplastic anemia. Seeking answers, she went to Austin Reed for help and they found out that local toxic waste dumping was to blame. They also learned that Jack was to blame thanks to a deal he had signed years ago while working for the government. Ashamed, he left town alone. She tried to move on with Peter Blake, not realizing that he was a drug dealer. Her mother had better sight for that sort of thing and, when she tried to tell her daughter, Peter tried to make it appear as though she was having a mental breakdown. During all of this, Jack had returned to town and, though he kept an eye on her, he also kept his distance.

Learning that her mother had been involved with a man named Clark while she was away 'recovering', Jennifer set out to find him. To her shock, and everyone else's, Clark turned out to be Jack. This devastated her and she went ahead with her marriage to Peter, despite Jack's best efforts to warn her about the kind of man he really was. The marriage didn't last. Within a year full of deceptions, Jack finally caught Peter ready to drug Jennifer and take her out of the country with little Abigail. To protect her, Jack wound up shooting Peter. His death was faked with Stefano's help and Jack was sentenced to life in prison. As he was sent away, Jennifer vowed never to give up her love for him. She soon managed to get Stefano to back off of Jack by threatening to reveal information on him just as he was seeking 'respectability'.

All the while, Jack's cell mate had moved in next door to her and sought to take advantage of her. From cracking into the warden's computer, Jack learned what was going on outside and broke out just in time to save Jennifer. The three of them went on the run, trailed by an unhinged Peter. They hid out in the circus until Peter tipped the FBI off on Jack's whereabouts. From there, they faked Jennifer's death with the help of their circus friends. At the funeral, she returned as a 'ghost' and Peter made a confession. Jack was freed and the family went off to Africa.

In Africa, her relationship with Jack began to decline and she became involved with Colin Murphy, not realizing at the time that he was Shawn Brady's nephew. Amidst the emotional chaos, she grabbed Abby and went off to Ireland where she was finally found by Bo who convinced her to return to Salem. It didn't take long for Jack to come back to her and ask if he could move in for Abby's sake. She was reluctant but gave in, although she continued seeing other men. Inevitably, they ended up back together and remarried. Married life was going better than ever and they were hosting their own TV show when, suddenly, Jack was killed by the Salem Stalker. She was forced to choose to take him off of life-support, a decision that alienated her daughter from her. To complicate things, she discovered that she was pregnant again. Although Lexie suggested that she terminate the pregnancy due to the likelihood of deformities and mental illness the child would inherit, Jennifer refused and planned to have the child as a way to remember Jack.

Around this time, Patrick Lockhart began living with her while he was secretly working for the DiMera's. She began receiving strange messages which were supposedly from the dead Jack. Finally, she went in search of him. The plane she was on crashed and she was stranded on a jungle island. After drifting around, she discovered that Jack, and many others, were being held there. She was ecstatic to find him and they reunited and began planning their future. As the captives on the island tried to escape their captors, Jack was believed killed in the escape. Abby refused to forgive her mother for losing Jack a second time and tried to block her mother's growing relationship with old flame Frankie.

Later, Jack returned, after escaping from the DiMera's in Europe, and he and Jennifer decided to move to London with their new child. Jennifer returned when her uncle Mickey Horton died and she returned in November 2010 to help Hope.

Jennifer returned in November to help Hope out Warden Jane and Trustee Lee for selling body parts from prison. She was surprised when Abby returned to Salem to live and they now reside in the Horton home. Jennifer has gotten chummy with Daniel Jonas and has decided that since Jack has been on a 'walkaround' for a long time without contacting her, she would divorce him. After the divorce, she started dating Daniel Jonas while she worked PR at the hospital. Abby has moved back to Salem and into Alice's house with her.
Jack returned to Salem and explained his reason for being gone. He wasn't on a 'walkaround' at all but was on a secret assignment which landed him kidnapped and tortured in a cell in Afghanistan. Eventually, Jennifer started to thaw concerning him but was still dating Daniel. They decided to attempt a three-way dating situation in order for Jennifer to pick the 'right' man for her. Daniel stepped down after a few weeks and Jenn and Jack got back together. During a massive gas explosion in the city, Jack saved Abigail's life by removing her from an elevator before the elevator crashed and killed him. Jennifer mourned Jack and became bitter and started to lash out at loved ones. She began working at University Hospital as a PR agent and when she learned Daniel and Nicole Walker were close, she attempted to warn Daniel to stay away from Nicole, knowing he'd get hurt. She and Nicole argued a few times and the last time they argued at the top of the stairs at the square, Nicole toppled down and accused Jennifer of throwing her down and killing her baby. Jennifer didn't do it, the baby was already dead, though nobody knew, but Jenn was charged with second degree murder.