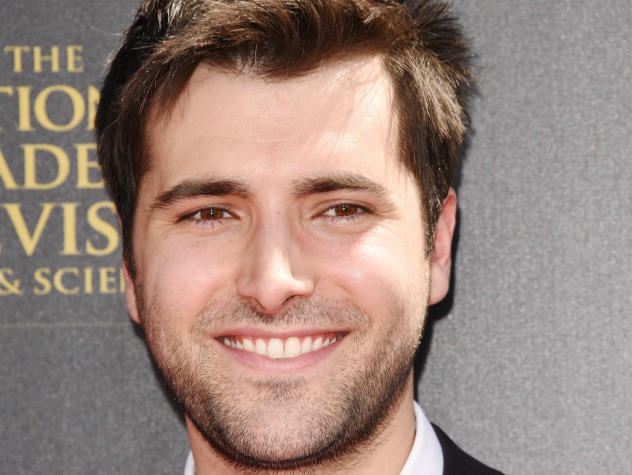 * Sonny is his nickname. Jackson's his given name.
* Is Adrienne and Justin's son.
* Backpacked around Europe.
* Has been to college.
* Set up a sports website at Salem U that was hacked.
* Changing Cheatin' Heart to a cafe.
* Dating Will Horton
* Married Will Horton
* Owns TBD with Chad DiMera
* Was attacked and stabbed by Clyde Weston who was retaliating against Victor Kiriakis.
* Will cheated on him with a guy in Hollywood and with his old boyfriend, Paul Narita.
* Was devastated when Will was murdered by the Necktie Killer, Ben Weston.
* Left Salem for Paris after Will’s murder, running a club that Victor bought for him.
* Returned to town July 26, 2016 with a check for Victor after selling the Paris club.
* Fell back in love with Paul Narita.
* Investigated Deimos Kiriakis.
* Started working for Titan and became CEO.
* Fighting with Brady about who should be CEO months later after Brady took over while Sonny was away.
* Engaged to Paul Narita.

Who's played Jackson “Sonny” Kiriakis over the years?

Sonny showed up in Salem to see his parents after backpacking around Europe. He became a student at Salem U, met and befriended Will Horton who was gay though not out of the closet. Sonny opened The Coffee Bean with Chad DiMera and some of the investment money came from Ian McAllister. Sonny helped Will when Will started to come out of the closet and they eventually dated. They married and Sonny, who owns The Coffee Bean, renovated and turned his cafe into a cafe/lounge and changed the name to TBD.

Sonny and Will settled into married life with Will’s daughter Arianna with Gabi Hernandez, and Sonny helped Will get a writing job at one of his uncle Victor’s magazines. Sonny warned Will that the expose he wrote on his mother Sami would hurt some feelings, and when his cousin Abigail was outed as EJ’s mistress in the piece, Sonny blamed Will.

After Sonny’s partner in the club Chad DiMera returned to Salem they decided to open a second location, and soon after Will was tapped to go to Hollywood to write a screenplay about Sami. Sonny was crushed but knew Will would return to him soon. But once gone Will was too busy for Sonny, who ran into money problems at the club and cleared out their savings.

When Will returned he was put on a new assignment, profiling baseball player Paul Narita. Paul was Sonny’s ex who Sonny had even proposed to before Will. Paul tried to reignite a spark with Sonny, but he was devoted to Will. Too bad Will was not as devoted and slept with Paul himself. Sonny found out and went to confront Will but was stabbed on the way by men working for Clyde Weston as retaliation to Victor.

Sonny lived, thanks to the O-negative blood donated by Paul. After he recovered Sonny left for Arizona for a while to stay with his brother, then went to Paris to run a club for Victor. While he was gone Will was murdered by Ben Weston, the Necktie Killer, and he returned to Salem for the funeral before going back overseas.

Sonny returned to Salem July 26, 2016 with a check for Victor after selling the Paris club. He began working for Titan and after seeing the way Deimos Kiriakis, his uncle, was murdered, Victor made Sonny CEO. Sonny didn't do well with the power and fired many Titan employees, causing Brady to take over when Sonny went away. Upon Sonny's return, he and Brady have argued about who should keep the job. Sonny was wanted for murdering Deimos, though he didn't do it. He was sent to jail for a short time and then let out due to lack of evidence. As soon as he was out, he and Paul got engaged. The couple decided to plan their wedding with Chad and Abigail. They got to the altar and said their vows but Ben Weston broke out of Bayview Sanitarium and told Sonny that Will was still alive. SPD took Ben to the precinct and Sonny questioned him. Paul reminded Sonny it's impossible - they all saw Will's body. Still, Sonny refused to marry Paul.

Will Horton (dated, then married April 3, 2014 until Will was murdered)
Paul Narita (dated years ago and again in 2017, engaged)

Arianna Horton (step-father to Will and Gabi's daughter)