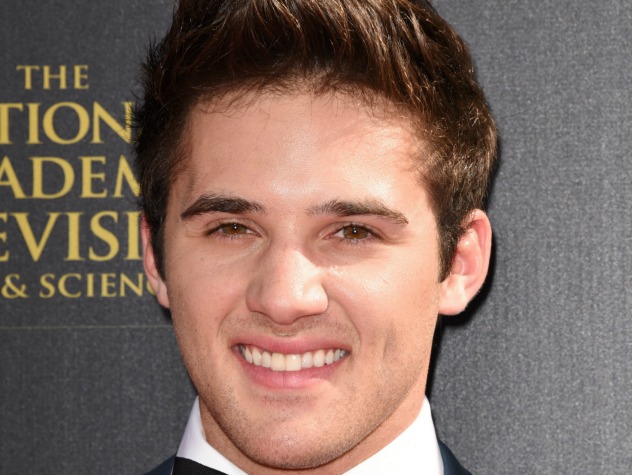 Jack “JJ” Deveraux Jr. (as played by Casey Moss on Days of Our Lives)

* Jack and Jennifer Deveraux's son.
* Real name Jack Patrick Deveraux Jr.
* JJ was named after his father and Patrick Lockhart.
* Born in Melaswen September 3, 2004.
* Returned from boarding school after Jack died.
* Tried to break up his mom and Dr. Daniel Jonas.
* Robbed an electronics store.
* Became smitten with Paige Larson while doing community service.
* Slept with Paige’s mom, Eve Donovan.
* Tried to cover up his affair in order to be with Paige.
* Dated Gabi after Paige was murdered.
* Cheated on Gabi with Lani.
* After Gabi dumped JJ, he started to date Lani.

Who's played Jack “JJ” Deveraux Jr. over the years?

JJ, or Jack Devereaux Junior, was born in September 3, 2004 on the island of Melaswen. He was brought up in England until he returned to Salem May 6, 2013, after his father Jack Deveraux was killed and he was kicked out of his boarding school.

While taking classes at Salem University JJ tried to sabotage his mother Jennifer Horton’s romantic relationship with Dr. Daniel Jonas. At the same time JJ was getting into drugs and bad behavior. He even tried to steal Dr. Cameron Davis’ prescription pad. During this low point he began to spend time with the new bad girl in Salem, Theresa Donovan. After getting caught with merchandise stolen from a local robbery, Jennifer decided tough love was in order and told JJ to move out.

JJ learned his father Jack had raped his aunt Kayla Brady years before and was outraged he had never been told. He destroyed a glass window in the square where Jack’s book was on display and instead of going home after the cops released him, he went to Theresa’s house for sex and drugs. Theresa overdosed and JJ turned to Daniel for help. Daniel saved Theresa’s life and covered for JJ with his mom, the gossips, and the law.

JJ turned his life around after the overdose. He apologized to Jennifer, his sister Abigail Deveraux, and Daniel. JJ wanted to clear Daniel’s name about that night after Theresa tried to blackmail him into doing whatever she wanted, and he was able to trap her trying to illegally cash a check.

JJ threw himself into his community service sentence picking up trash in the Horton Square. Working with him was good girl Paige Larson. JJ was smitten and the two began dating, but things were rough from the start because her mother was Eve Donovan, an ex-wife of Jack’s in town to sue Jennifer for profits from Jack’s book. Eve was determined to end JJ and Paige’s relationship and despite some underhanded efforts, she only managed to drive JJ and Paige closer.

Paige got a text of JJ chatting up some girls at a party and it was the last straw for her even though he hadn’t done anything wrong. When JJ went to her house to reconcile, Eve was there and a few glasses of wine in. They had sex, and JJ had to hide when Paige came home. JJ regretted what he did but still wanted Paige. He and Eve had sex a few more times, both miserable about what they were doing to Paige.

Jennifer caught JJ and Eve in bed together and blackmailed Eve into butting out of JJ and Paige’s romance, and the young couple made another go of it. JJ got accepted to a California school close to Stanford and they made plans to leave Salem and move in together. At the same time, Eve had been plotting with Cole Hines, one of JJ’s no good old friends, to break up JJ and Paige. He planted a sack of weed in JJ’s backpack and called in a police tip, but it only managed to alert JJ that someone was out to get him.