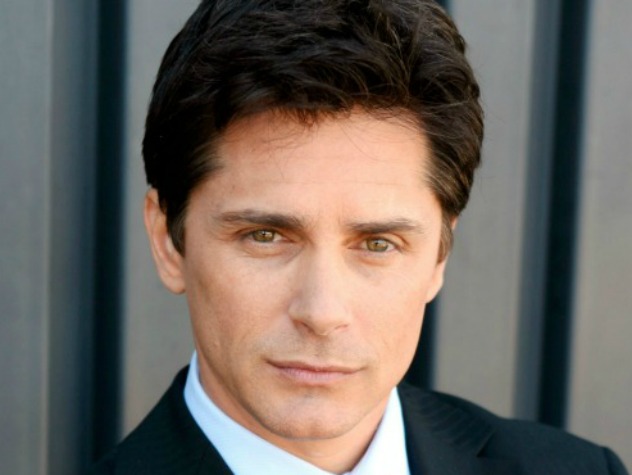 Who's played Frankie Brady over the years?

In 1986 Frankie arrived in Salem with his 'little brother' Max in tow. They were not actually brothers. Max was a runaway who Frankie had picked up on his travels. When they drifted into Salem, they became friends with the Johnson's and were later adopted by Shawn and Caroline Brady.

As the boys grew up, Frankie began going to school with Jennifer Horton. They soon became a couple and, when her father tried to end the relationship, became engaged. This wasn't to last. She later discovered that schizophrenia was common in her family and decided that it wouldn't be right for her to start a family under the circumstances. All the while, they were shadowed by Eve Donovan who had become obsessed with him. Although he kept his distance from her, she never stayed far enough away. While Jennifer and Frankie were taking a break, he had an affair with a co-worker, Paula Carson. It didn't take long for Eve to learn of this and to publicize it once Jennifer and Frankie had finally reconciled. As the relationship hit bottom and the rest of his life was less than stellar, Frankie decided to leave the town behind him.

Although he left, he couldn't escape. He was captured by Lawrence Alamain, the man who knew his secret identity. Frankie's real name was Francois Von Leuschner and he was the brother of the very wealthy Katerina Von Leuschner, who just happened to be Lawrence's betrothed. The plan was to use Frankie in exchange for the fortune and a shot at Bo Brady. This was complicated when Jack Devereaux came searching for Jennifer and ended up imprisoned next to Frankie. The two soon found a way to escape and returned to Salem. Frankie already knew that he couldn't go back to his old life there. Just looking at Jack and Jennifer was enough to signal to him that it was time to move on. He didn't have to look around much before Eve returned to view. Although he did get involved with her, she was too unbalanced and untrustworthy for him to commit to her. She asked him to marry her, but he refused. She fled town shortly afterwards when she became a suspect in Nick Corelli's murder. Frankie trailed behind her and convinced her to return.

Together, along with Jack and Jennifer and Brian and Melissa, they boarded a theme train and road it into the mountains where it was let lose to derail in the forest. The whole thing had been a plot by Nick's twisted brother, Johnny, to get rid of them. The couples survived the derailment and split up. Eve and Frankie soon ran into a woman named Molly who drew them a map to safety. Collecting the other couples, they made their way out and boarded a helicopter to return home.

Eve made sure that she got all the credit for the rescue and was treated accordingly...well until Molly arrived in town and told people the truth. Although Frankie had fallen in love with Eve over time, he still couldn't trust her. Committing himself to charity work, he left Salem for Africa and Eve followed close behind. After doing his good works he would return to town to check on Max. They moved into the apartment at Jack and Jennifer's together. This proved uncomfortable for him. His feelings for Jennifer had not entirely dissipated and were on the rise again. He also had to sort out Max's problematic love life, particularly his infatuation with troublesome Chelsea. Soon, a dying Jack made a final request to Frankie: He wanted him to look after Jennifer when he was gone. He reluctantly agreed, but, when Jack died, Jennifer asked him to leave town and he complied only to be trapped by an injury as he left. It wasn't enough to keep him around. After an icy period with Jennifer while he healed, he took a job in Washington and left.