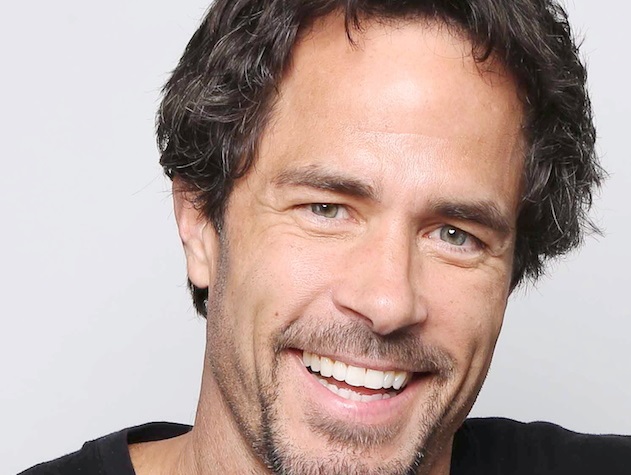 Dr. Daniel Jonas (as played by Shawn Christian on Days of Our Lives)

* Was a Doctor/Specialist
* Previously married to a patient, Rebecca Jonas, who died of cancer.
* Performed a risky pancreatic transplant to save Bo Brady's life.
* Shortly dated Bo's daughter, Chelsea, but they broke up when Chelsea found out that he had slept with her grandmother Kate before they started dating. (They kept it from her.)
* Treated Kate for lung cancer.
* Was in love with Chloe Horton.
* Was set up by Kate, who was trying to murder Chloe.
* Was Maggie Horton's biological son.
* Diagnosed with Intention Tremors that prevented him from being a surgeon.
* Was able to get surgery on his hands and was back to doing surgery.
* Was Parker's dad with Chloe.
* Dated Nicole Walker and helped her hide from EJ that she was pregnant with his baby.
* Had an on/off relationship with Jennifer Horton.
* Was the target of teenage JJ Deveraux’s anger when he returned to Salem following Jack’s death.
* Helped JJ when Theresa Donovan overdosed.
* Helped Nicole try to prove Eric Brady had been drugged and raped by Kristen DiMera.
* Was drugged, collapsed during surgery and temporarily suspended.
* Discovered Nicole had lied about having the proof to clear Eric.
* Attacked and tied up by Kristen who wanted another chance with Brady.
* Almost had sex with Kristen.
* Helped daughter Melanie deal with gambling thugs when she returned to Salem.
* Became engaged to Nicole.
* Died in Salem on January 6, 2016. He was in a car accident on New Year's Eve caused by Eric, and when he was taken off life support a few days later his heart was used to save the life of Brady Black.

Who's played Dr. Daniel Jonas over the years?

With Bo's daughter, Chelsea, as the donor, Dr. Daniel performed a risky pancreatic transplant that saved Bo's life. Soon, Daniel realized that Chelsea developed a crush on him, so he tried to stay away from her. When pursued and questioned by Chelsea, Daniel finally revealed that he feared getting close to a patient because he might lose them, just as he lost his wife when she died from cancer. Chelsea made him see that wouldn't happen with them and Daniel finally gave in to his feelings for Chelsea. Daniel faced scrutiny from Bo and Victor, especially about the age difference between he and Chelsea, but they dated anyway. Their relationship ended when Chelsea found out that Daniel and Kate had slept together before they started dating. Chelsea couldn't forgive Daniel and though he tried to stay away from Kate, he couldn't deny his attraction to her.

When he saw that Kate had a bad cough, he suggested she have tests done but Kate insisted that it was just a cough. Daniel sought Chelsea for help to convince Kate to see a doctor and Kate finally agreed. She had tests done, including a lung biopsy, which revealed that she had lung cancer. When the truth about their relationship first came out, Kate's sons, Philip and Lucas, insisted that Kate get a different doctor. Later they all agreed to do the best thing for Kate, even if that meant Daniel treating her.

Dr. Daniel Jonas treated Kate for her diagnosis of lung cancer. He was caught between his feelings for her and his fears of the past repeating itself, but his feelings for Kate were lessened once he got to know Chloe Lane Black, and fell in love with her. They had a fling, but Chloe made a deal with God that she'd marry Lucas if he'd spare his life during an explosion. Kate learned of the affair and poisoned Chloe with the intention of setting Daniel up. Kate came close but Stefano stepped in and cleaned up Kate's mess. Kate was still in love with Daniel and wanted him to hurt like she did.

Daniel married Chloe, but the union didn't last when she had sex with Philip Kiriakis and became pregnant. She pawned off the kid as Daniel's and once he found out, he dumped her. Daniel eventually met Jennifer Horton and they started dating. Jack returned to town and the two started dating Jennifer in order to help Jenn decide which man she wanted to be with. Daniel warned her that he was in love but wouldn’t wait forever.

Daniel learned that Maggie Horton was his biological mother and was hurt that his parents didn't tell him before they both passed on. Daniel agreed to give Maggie away at her wedding to Victor Kiriakis. Meanwhile, Daniel began to experience tremors in his hands and feared that he had Myasthenia Gravis like Maggie. Around Christmas, Daniel realized how happy Jack and Jennifer were together and didn’t want to break up the family. He bowed out gracefully and a broken-hearted Jennifer asked him if they could remain friends. Later, Daniel got his test results back: he had Intention Tremors which may have been caused by a stroke that Daniel possibly had while asleep. Devastated that he wouldn’t be able to be a surgeon any more, he decided to leave town to surf and think.

Daniel returned to Salem at the end of February 2012 and seemed to be in better spirits. He told Jenn they could be friends and was moving on, though Jack Devereaux later died. Daniel began dating Nicole Walker and helped her to keep the truth from EJ that he was her baby’s father, but the child died before she was born.

Nicole and Daniel grew apart when Daniel's feelings for Jenn resurfaced and Jenn found a new option for surgery to cure his tremors. He had surgery but went to the Horton Cabin to think when it didn't look as though surgery worked. Jenn and Nicole followed and Jenn had appendicitis. Daniel performed surgery and saved her life and she professed her love for him. He and Jenn started to date again and Nicole moved on. When Chloe showed up in Salem to tell him Parker was really his son, things became tense. Chloe did what she could, and even used Parker, to attempt to break him and Jenn up.

Chloe eventually realized she needed mental help and left Parker with Daniel to get it. Daniel and Jennifer tried to move forward, but that was short-lived because her son JJ returned to Salem with an axe to grind against Daniel. Of course, Jennifer didn’t notice her son’s sabotage and told Daniel they needed a break. Still, Daniel helped JJ when he called one night in a panic because Theresa Donovan had overdosed on his couch. Daniel helped save her and put up with gossip that he had slept with her in order to help JJ, which Theresa used to her advantage. She tried to blackmail Daniel into sleeping with her and stole the key to his place, but JJ was able to end things by setting Theresa up.

Meanwhile, Daniel tried to help Nicole Walker prove Kristen DiMera had drugged and raped Eric Brady. Together they tracked down the doctor who made the drug and Daniel injected him with a truth serum. Daniel left without proof. While he was gone Nicole got the proof they needed after finding it in a safe behind a painting but lied to him about it. Back in Salem, a man stalking Jennifer, Liam Frasier, took Theresa’s key, snuck into Daniel's apartment and drugged his juice. Daniel collapsed during surgery and was temporarily suspended from the hospital. Nicole learned the truth and rushed to help Jennifer, and Daniel ended up saving them both on Smith Island, and took a bullet in the process.

There, Daniel also realized Nicole had been lying and really had the proof to clear Eric the whole time. Daniel demanded Nicole go to Eric, or he would, but Jennifer went to Eric herself which infuriated Daniel. He ended things with her and went out of town for a conference. While gone he was kidnapped by Kristen DiMera, but he was able to turn the tables and get her back to Salem where Brady was under suspicion of putting his father John in a coma. Daniel and Kristen suspected Theresa was really to blame but when Brady rejected Kristen's theory and Jennifer ended things with Daniel for good, the two ended up in bed together. They stopped before going all the way, but not before Daniel's best friend Brady saw them together. He eventually forgave Daniel.

Both single, Daniel and Nicole grew close again and fought their attraction to each other. When Daniel’s daughter Melanie suddenly arrived back in Salem from Europe, Daniel immediately had to help her deal with some goons after Melanie was caught counting cards in a casino. He wondered what other secrets she was hiding and was a bit thrown off when Melanie began to date his friend Brady Black, but he eventually warmed to the idea despite their eventual breakup.

He and Nicole had their ups and downs but they overcame a lot together and he proposed marriage in July of 2015. They made plans to wed on Valentine's Day 2016 but Daniel was in a car crash involving Brady, Jennifer, and Eric on New Year’s Eve that made him brain dead. Kept on life support for a brief time longer, Daniel’s heart was used to save the life of Brady.