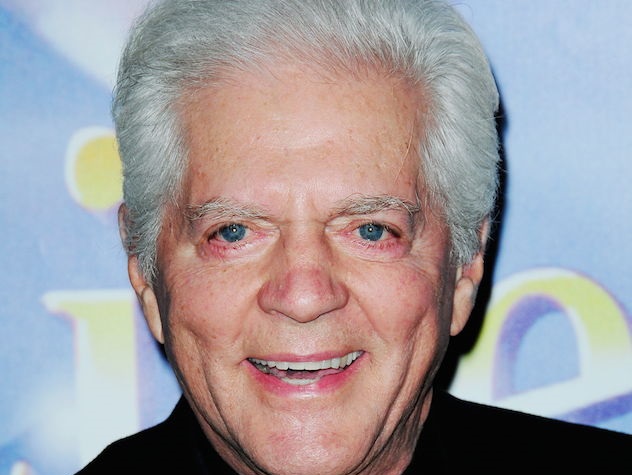 * Real name is Brent Douglas.
* Married to Julie.
* Was imprisoned years ago for working as a con artist.
* 2000 - Attempted to kill Stefano DiMera.
* Was one of the ones 'killed off' in the Salem Stalker storyline where they all came back on Tony DiMera's Salem replica Island, Melaswen.
* 2006 - Came back to town for Christmas with Julie.
* 2007 - Came back to town for Christmas and later helped uncover the root of the Brady/DiMera feud

Who's played Doug Williams over the years?

Brent Douglas was an orphaned runaway. He had been a conman his entire life and when he came to Salem in 1970, he was sent to jail (caught in a con). It was there that he met Bill Horton, who was serving time for manslaughter (of Kitty Horton). After he was out of prison, he met and went for Susan Martin who had inherited a fortune from her late husband David. Susan didn't fall for him but she offered him a deal. She would pay him to come between Julie Olson and Scott Banning. Doug fell for Julie when he started working as a singer at Sergio's. After Julie left Scott, there was talk of a wedding.

In 1972 Doug met Addie Horton Olson. They forged a friendship and when he and Julie argued one night about taking David (Julie's son) on a trip, he went to see Addie and agreed to marry her. They married in June and the next year after, Addie became pregnant with Hope. She went into a leukemia induced coma during her pregnancy and gave birth to Hope on December 24th. She went into remission until a few years later when she passed on after being hit by a car. Doug was devastated and in 1975 Doug raised Hope all by himself. He hired a nanny, Rebecca North, who became a surrogate mother for him. He let the child go with his mother when he got back together with Julie in 1976 and just as things were going well for Doug and Julie, his ex-wife Kim Douglas came to Salem to start trouble, but Doug and Julie ended up married in 1976 despite her efforts.

The year after their marriage, Doug's Place (his club) was turned into a coffee house. When Doug was away on business, Larry Attwood came to town. He was obsessed with Julie and raped her in 1978. Larry was found dead and Julie was arrested and put on trial for his murder. Larry's assistant, Arlo Roberts was found to be the murderer and Julie was then cleared but left to get over her trauma.

The next year, Julie was burned on Maggie's farm and her insecurities forced her to divorce Doug for fear he would not want to be with her.

Thinking Julie didn't love him anymore he married Lee Dumonde in 1979 and closed his coffee house the year after. With all of the changes to his life, he realized that marrying Lee was a mistake. He ended their marriage and remarried Julie in 1981.

Lee was a woman scorned and turned their daughter Hope against him. Hope was then brought up by Tom and Alice Horton. Her grandparents.

Julie and Doug were involved in a big adventure with Stefano DiMera and Stuart Whyland. Stefano knew about titanium deposits underneath Doug's Place and wanted to get them. He tunneled his way under his mansion to the wine cellar at Doug's Place to try to get them but failed. It turned out that there were no deposits anyway.

Doug had a heart attack in 1984 after witnessing his daughter Hope and her beau, Bo Brady, about to make love.

In 1986 Doug and Julie divorced and remarried again. This time it would be for good. They came back to Salem only for Doug to be one of the handful of Salemites killed by the Salem Stalker. Later he was found on Tony DiMera's replica Salem Island, Melaswen. He got back to Salem, back with Julie and the two have shown up for Christmases and odd appearances ever since. Christmas 2006 found them back in Salem to hang their ornaments on the Horton Family Christmas Tree.

Doug and Julie returned to Salem once again for Christmas in 2007. Shortly after, they teamed up with Bo and Hope to try to get to the bottom of the Brady/DiMera feud. This lead them to help find Lexi, who was missing at that time. Much later, Doug and Julie helped Bo with his surprise for Hope and were there for the renewal of Bo and Hope's wedding vows. Doug also offered Bo some advice when he was worried about Chelsea's involvement with Dr. Daniel Jonas.

When Hope started taking sleeping pills after she and Bo separated, Julie and Doug were there for Hope. Julie and Doug soon went on a cruise, after Hope was incarcerated and recently visited her in prison while they're home for the holidays.

Hope was eventually released and Julie and Doug returned from their travels for the opening of the Horton Town Square. They happily celebrated the holidays with Bo and Hope, who reunited again. They're back in Africa and let Hope and Bo know they'd look for clues about who Alice was sending money to all these years.