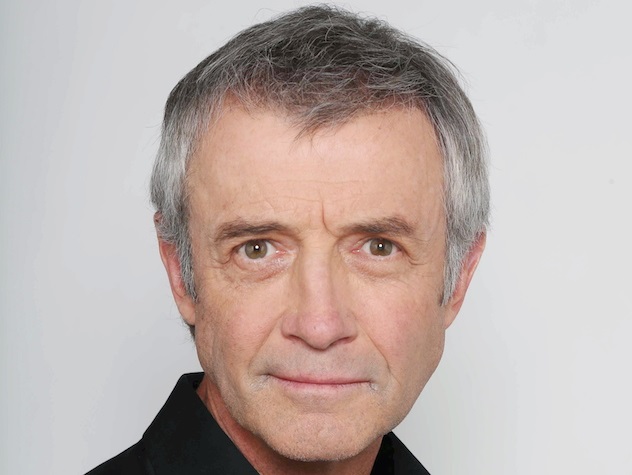 * Runs trucking business as a front for what he really does which is running drugs from Poplar Bluff to Salem.
* Is Jordan Ridgeway's step-father.
* Is Ben Roger's father.
* Abused his children when they were younger.
* Raped Tammy Sue (Jordan).
* Kept quiet when he found out Jordan killed her mother in an auto accident.
* Dated Kate Roberts.
* Was there when EJ's goon shot and killed him. Covered it up.
* Stabbed Sonny Kiriakis in order to make a point to Victor Kiriakis to get out of the drug business.
* Sent to prison in Florida.
* In August 2016, conspired to escape prison with Xander Cook and Orpheus.

Who's played Clyde Weston over the years?

Clyde Weston was sought out by Kate Roberts when she delved into Jordan Ridgeway's past and went looking for some dirt. She found Clyde in Poplar Bluff and learned he was Tammy Sue (Jordan) and Oliver's (Ben) dad. He came to Salem to find his kids and it came out that after he abused them and Jordan's mother died, Jordan took Ben and left town. Clyde had been searching for them for years. He took an interest in Kate Roberts and they started to date while Jordan tried to get Clyde to leave town. Clyde, who was a drug lord in Poplar Bluff, realized there was money to be had in running trucks from there to Salem. EJ got in his way and his own goon, who was working for Clyde, killed him.

Clyde then went after Victor. The men tried staking their claims on Salem but when Victor's goon Damon shot Clyde in an attempt to murder him, Clyde fought back by stabbing Sonny Kiriakis in the back and rubbed cocaine in his wound, making it look like a robbery. When Victor learned what Clyde did he backed off in order to protect his family.

Clyde donated a large sum of money to fund a project of Jordan’s, which put him in good graces with Ben but Jordan left Salem for good. After that, Clyde helped manipulate his son Ben’s relationship with Abigail Deveraux, helping him plot against Chad DiMera. He ramped up his machinations when he learned Abigail was set to inherit a valuable piece of property in Ireland. Clyde even swapped DNA results from Abby’s pregnancy test so she believed Ben was the father, not Chad. Kate broke up with Clyde when he became to controlling.

Clyde hired JJ Deveraux to his Salem drug trade, unaware that JJ was undercover for the DEA and Salem police department. Clyde threatened to kill JJ's mother Jennifer Horton, his sister Abby and his and ex-girlfriend Paige if JJ told Ben about the drugs. After Paige was found dead in her dorm JJ accused Clyde, but it was really his son Ben who was murdering people as the necktie killer. Clyde was extradited to Florida for a previous murder charge, taken away from his son just as he confessed to being a serial killer.

Clyde returned to Salem in 2016, plotting an escape from prison with Xander Cook and Orpheus (Milo Harp) who he had bonded with over their hatred of certain Salemites. They moved into a warehouse on the pier and made plans to cause havoc in Salem. Clyde pulled a gun on Kate in her house but Chad DiMera arrived in time to save her and fight off Clyde. Clyde took off and back to the warehouse with his cronies. They hit up the Johnson home and took Kayla, Brady and Joey hostage. Steve Johnson attempted to cause dissention amongst the trio but they got away. Nobody was hurt. Clyde ran into Orpheus on the way back to the pier and they caught Marlena and Claire alone. John came to the rescue and Orpheus got shot. Clyde took him 'home' and cleaned his wound. He let Orpheus know he wasn't satisfied with his leading them into this strife. Later, Clyde attempted to shoot Aiden Jennings but instead shot Abe Carver. He felt a lot of guilt over that and drank his pain away. When Clyde tried to kidnap Thomas DiMera, because he thought the boy belonged to Ben, his son, he instead found Chad and trapped him inside a safe. Chad was saved and Clyde was dragged off to prison again.