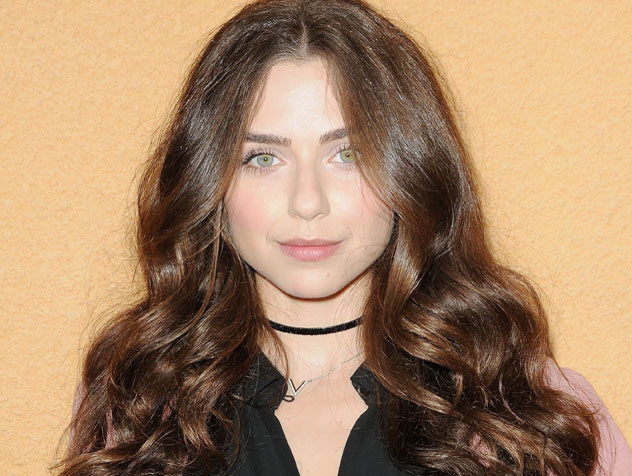 * Originally born December 29, 2006.
* First name was Doodlebug.
* Middle name is Alice, in honor of Alice Horton, her great-grandmother.
* Resides at Copper Lantern Drive in Salem.
* Stole a 'reward sticker' from her teacher's desk.
* Acted out when Bo was with Carly Manning by cutting up Carly's clothing.
* Misses her father Bo, terribly.
* Has taken to bullying Chase Jennings at school.
*Became friends with Chase when their parents, Hope and Aiden, became engaged.
* Was SORASed October 30, 2015.

Who's played Ciara Alice Brady over the years?

Ciara was conceived in the spring of 2006 after Hope Brady had made love with Bo Brady and during a separation, with Patrick Lockhart. Despite initial DNA testing showing Patrick was Ciara’s father, Bo decided to support Hope and the two reunited. Patrick didn’t go away quietly. He became unhinged and took Hope to an abandoned warehouse. Bo rescued her as she was going into labor. Ciara was born there, December 29, 2006. After she was born, Patrick confessed Bo was her father – he paid off the doctor to lie about the DNA test. The cops came and arrested Patrick. Bo and Hope called Ciara Doodlebug for the first several weeks of her life before settling on Ciara Alice.

In July of 2009, sorased Ciara was stalked by an unknown man. The registered sex offender and stalker eventually introduced himself to her on her birthday (which was changed to July 16). He gave her a heart-shaped lollipop. He also said it was his birthday too and called them "Birthday Buddies." In August, the stalker kidnapped Ciara during her friend’s party at the Salem Carnival when her friend was injured. "Kyle" told Ciara that Bo and Hope had been in an accident and he was sent to take her to the hospital to see them. Since he was her "Birthday Buddy" Ciara trusted him and followed. Theo saw them leave together and would later pinpoint Kyle because of a unique angel tattoo on his arm.

Kyle took Ciara to a remote cabin in the woods where it was revealed that Kyle was working with his sister Brenda and her boyfriend Dean Hartman, a corrupt Salem police officer. Ciara had been given an MP3 player and earphones but she could hear a clicking sound. Meanwhile, the kidnappers hoped to ransom Ciara and skip town with the ransom money. Things fell apart pretty fast and Dean killed Brenda and Kyle and then himself in the shoulder to make it look as though he was rescuing Ciara. Bo and Hope turned up on the scene, happy to be reunited with Ciara. Later, Ciara started having nightmares and saw a child psychologist, Dr. Hancock. Dean showed up at Ciara’s to ask for the reward money. He was clicking his Zippo lighter which was a nervous habit, and Ciara heard the unique clicking sound and realized Dean was the attacker. Hope tried to protect her daughter, but was knocked out. Justin showed up and was shot and finally, Bo rushed Dean and saved everyone and arrested Dean. After the arrest, Bo and Hope’s marriage fell apart. Hope took Ciara to Doug and Julie’s and then Victor’s. But Ciara’s nightmares continued and she began to resent Hope for taking her away from her father. With Justin’s help, Ciara began to relax and the two bonded. Hope and Bo remained separated and Bo started seeing Carly Manning who was back in Salem. She took a pair of scissors and cut up all of Carly’s clothing. She acted out again by stealing reward stickers from her teacher Mrs. Youngblood’s desk. Hope tried to talk with Ciara, and things didn’t go well because Bo was away donating bone marrow to his sister, Kimberly.

Later, Ciara found a box under Hope’s bed, realizing her mommy had a secret. Hope was taking sleeping pills that were causing her to wake up and harm people, turning into ‘night’ Hope. She was arrested for attacking five men in Salem and went to jail. She was eventually released when she found out the warden was running an organ harvesting scheme and after cracking open the case she was released. Things went better for Ciara until Bo took off on some mysterious business. She was involved in holding on to a photograph of Kristen which showed Kristen was paying off men to beat up John Black. Then, Theo gave Ciara a diamond earring he found at the scene of Nick Fallon's "murder." The earring belonged to Sami and she got it back from her after a fight with Ciara. Ciara started acting out again and started bullying Chase Jennings at her school.

Ciara and Chase eventually became friends - and were both SORASed - once their parents Aiden and Hope began dating. When they got engaged, Ciara was excited for them. But right after the wedding Aiden tried to kill her mother and was only stopped by her father Bo in the nick of time. Ciara had thought her father had abandoned the family but he had really been held prisoner.

Ciara was there for Chase as he grieved his father, who had died during the altercation with Bo. It wasn’t long after that Bo was diagnosed with a brain tumor and died in Hope’s arms. Though Ciara tried to make Chase comfortable in her family, he began to bully Theo and later raped Ciara, who he wrongly believed had wanted to be with him. Ciara finally opened up to Claire about the trauma she endured, which led to Theo, Claire and Joey holding Chase hostage in order to confront him. Ciara then told Hope about the rape as well.

Ciara became attracted to Chad DiMera after Abby had been presumed dead and while she helped him take care of baby Thomas when Abigail was in the psych ward at Bayview. Following her crush on Chad, Ciara began to have feelings for Theo, who started dating Claire. Though Ciara confided her feelings for Theo to Claire, she vowed not to interfere but later ended up writing a note to Theo, which Claire intercepted. It wasn't until Theo helped a boy named Wyatt get close to Ciara, who later found out, when she left Salem over what she believed to be a fake relationship.

In December 2017, Ciara raced back to Salem on Bo's motorcycle and confronted Claire for hiding a love letter that she wrote, meant for Theo. She then blamed her for Theo being in a coma. It wasn't long before she moved back into the loft, where Tripp and Claire resided.