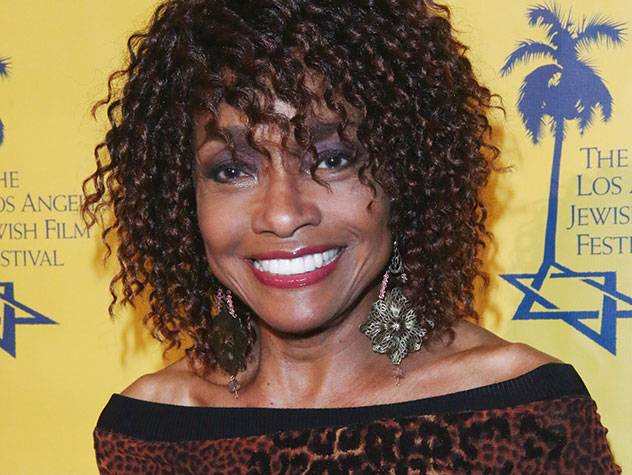 * Her real name is Francesca Perrault.
* Is a psychic and reads tarot cards.
* Caregiver to grandson Theo.
* Tried to kill John and Marlena over a jealous rage years ago.
* Is Alexandra Carver's mother.
* Was once Stefano DiMera's hench-woman.

Who's played Celeste Perrault over the years?

Celeste (Francesca Perrault) is Alexandra Brooks Carver's mother and sister to Lexi's adoptive mother, Grace. The name Brooks comes from Grace and is her married name.

Celeste was Stefano DiMera's right hand woman and mistress from New Orleans. She was a caregiver to Gina, who was really Hope Brady. When Stefano kidnapped John, and came to Maison Blanche seeking answers about his past, it was Celeste who helped kidnap John. She cared for John and ended up giving him tips on how to escape from Maison Blanche. She also helped kidnap Marlena when she came to Maison Blanche looking for John. She was in love with Stefano and would do anything for him at that time. Her love was more of an obsession and turned quickly to jealousy when she realized that Stefano was in love with and obsessed with Marlena. Because of this, she set up a gas leak in John and Marlena's cell and started a fire, which ended in burning down Maison Blanche completely.

After the fire, Celeste moved to Salem. We found that she was Lexi Carver's aunt. She was on Stefano's payroll to plant Hope's memories into Gina until she was exposed by Billie Reed. Lexi had been doing some of her own detective work and found out she was adopted as a baby. She asked Celeste for more information but got nowhere. Eventually, she did find out that Celeste was her mother and they were able to forge a bond that still is tight today. Celeste stopped her work for Stefano and kept up her tarot card reading while she became a mother figure to Lexi.

Celeste is seen when the show has a need for premonitions. Many times her psychic connections have been right. She was seen in many storylines involving the 'Salem Stalker' and saw a premonition of the next death before it happened. After the last 'victim' was killed, she started having visions of them being alive and it was her visions that brought the victims home from Melaswen Island. When she learned that Sami was engaged to Lucas, she had a vision that Sami would wind up with Brandon.

She once had a strange dream about Theo and Lexi and went to Abe with this dream. She felt disturbing vibrations when she read her cards and told Abe that there was a terrible danger coming to them. She helped Abe and Roman with their case against criminal, EJ Wells, but all she had to say was that terrible things would come to those who crossed EJ. She refused to say more because she felt someone would die.

Celeste's premonitions came true when her daughter, Lexi, disappeared. Celeste moved in with Abe and helped him take care of Theo. Celeste suspected that EJ DiMera was at the root of Lexi's disappearance and plotted revenge. She and Sami Brady teamed up and devised a plan to get rid of EJ. They tried to poison EJ and then burn him to death. This plan failed and Celeste double crossed Sami when she revealed that she was in fact working with EJ against Sami. Celeste had made a deal with EJ for more information on Lexi's whereabouts. Later, EJ sought Celeste's psychic powers to learn that he fathered one of Sami's twins.

Once Lexi was found, Celeste helped reunite her with Abe and Theo. She babysat for them but hasn't been seen since. She returned April 4th to warn Lexi of impending doom if she didn't go to the hospital right away. She also has a secret - a son, Cameron Davis, who is Lexi's half-brother. When the secret came out, Cameron was received with open arms to the family. Celeste was never seen much after this.

Celeste has not been seen but she was mentioned in December 2019 when Abe called her to ask her to consult her Tarot cards about Stefano since he and John suspected he had returned. Celeste told him Stefano was there but not there, which made John think Stefano had plastic surgery of some sort.