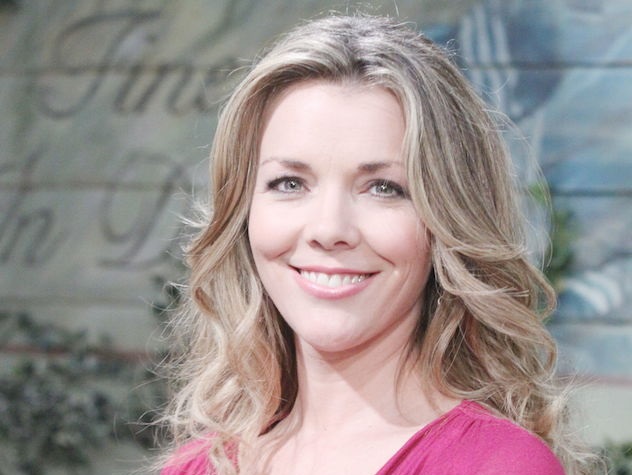 * Originally born on August 15, 1978.
*Her birth date was later changed to March 8 then March 3 of 1974!
* Lived at 110 Guilford Street, Apt. 3-D then in Apt. 34 - the smae building as Sami, Lucas, and now Billie and Chelsea and EJ reside!
* Lives in Zurich, Switzerland with husband Austin
* Moved back to Salem for a year, fell for Rafe and almost ruined her marriage.
* Pregnant with Austin's baby.
* Moved back to Zurich.

Who's played Carrie Brady Roberts Reed over the years?

Carrie (Caroline) Brady was named after her grandmother, Caroline Brady. She was a mere toddler (4) when her mother (Anna Fredericks ) divorced her father, Roman, in 1982. Her mother claimed to be forced into white slavery and kept prisoner by a drug dealer.

In 1986 Carrie was a teenager. At this point, she, along with other Salemites, thought that John Black was her father. He was actually Forrest Alamain but this would come out many years later. Carrie was having issues accepting that John was her father and ran away from home. She was hit by a car and went into a coma for a time. Roman (John) was at her side during the coma and when she came around they forged a bond that is still tight.

In 1988 Carrie was kidnapped by Stefano DiMera and held prisoner with Orion on a boat until Roman finally rescued them.

Carrie left Salem in 1990 to be with her mother Anna, in Europe. Upon her 1992 return, she found that Roman was actually John Black and turned to Lawrence Alamain for comfort. Nothing became of their fling and she later fell for Austin Reed. Carrie moved Billie Reed (Austin's sister) into her apartment and when she learned that Austin was planning to throw a prize fight, she talked him out of it and cheered him on when he won the match. The men who wanted Austin to throw the fight threw acid at Austin but hit Carrie's face instead. She had a huge scar on her cheek from it and eventually she had surgery to repair the damage.

Things went downhill when Carrie's younger sister, Sami, came to Salem. Sami was obsessed with Austin and tried everything she could to get Austin to love her, not Carrie. Lucas Roberts lived nearby and he was infatuated with Carrie, so Sami and he made a deal to help one another out.

Sami and Lucas' plans backfired, and Austin and Carrie made love. At the same time, Carrie was almost raped by a guy Sami was dating, 'Alan.' Sami was raped by Alan and it was Carrie who convinced Sami to press charges. Sami lost the case and blamed Carrie.

One night Austin mistook Sami for Carrie and saw Sami and Lucas making love at Titan. He broke things up with Carrie and a thrilled Lucas tried to date her. Sami went after Austin and drugged him to have sex. Carrie discovered lipstick on Austin's pillow and he admitted that he had a one night stand. He never came clean with who it was and Carrie forgave him and she and Austin eventually became engaged. On their wedding day, Sami arrived at the church with news of a pregnancy. She assumed Austin was the daddy! Carrie called off the wedding and Austin stuck with Sami. Sami continued her schemes in order to keep Austin at her side but they didn't work and soon Austin found that he couldn't stay with Sami. He went to Paris with Carrie to marry her. A woman had kidnapped Will, Sami's son, and Austin and Sami had to pose as a couple in order to get their son back, so they married in France. Carrie were broken hearted. However, as soon as they were back in Salem with Will, Austin annulled the marriage. Sami was accidentally run over by Austin's car and suffered amnesia. Carrie decided to allow Austin to stick by Sami until she regained her memory, but when Sami started to remember, she kept it a secret and used it to keep Austin close to her. Sami and Austin decided to marry, but it was at this time that Carrie found out that Will was Lucas' son, not Austin's son as they all thought. Sami and Austin didn't marry and Carrie got back together with him. They wed in 1998 and things went downhill once again. Carrie and Austin weren't getting along and she started spending more time with Mike Horton, who was a doctor at University Hospital where she now worked in Public Affairs. It was at this point that Carrie let her defenses down and fell for Mike as he fell for her. She had an affair with him and divorced Austin to be with him in Israel.

Carrie wasn't seen in Salem until 2006, when she was seen in Los Angeles by Lucas. The two had some business dealings. Titan Publishing wanted to take over Highstyle which was the company that Carrie was CEO to. Carrie opened up to Lucas and told him what happened to her relationship with Mike and how it ended. She admitted she was afraid to go back to Salem. When Austin Reed and Company took over Highstyle, she moved back to Salem and in with Lucas as a roommate. She was still in love with Austin and wanted children soon. She saw Dr. Lexi Carver about to have a baby and Sami blackmailed Lexi to lie to Carrie and tell her that she couldn't have babies with Austin because the child would be terribly deformed. Carrie was devastated and torn between Lucas and Austin. She married Lucas but shortly thereafter she had an affair with Austin and he caught them making love on the roof. She annulled her marriage to Lucas and found out that Sami blackmailed Lexi to lie to her about having children with Austin. She told Sami off once and for all and then Austin and Carrie married in a little ceremony with her parents in attendance. The couple moved to Zurich Switzerland to work and is where they reside. They returned to Salem September of 2011 for the dedication of the Horton Town Square. Austin was involved as a Forensics Accountant in John Black's arrest, and Carrie is now a lawyer. She became John's lawyer when he was arrested for embezzlement and with Rafe, Hope and Bo's help, found out he was set up by Stefano. She got John out of jail and set up her own firm with Rafe as her number one private investigator. She's showing signs of being attracted to Rafe. The two eventually kissed and Sami caught them in the act. Carrie had a difficult time dealing with her attraction to Rafe and love for Austin. She fell for Rafe as well and the two became closer. She learned that he got Nicole pregnant, which was not true but something Nicole and Rafe made up to keep EJ away from her child with him. Carrie was with Rafe at the safe house when Stefano went after Marlena and John and wound up making out with Rafe. She decided to stay with Austin but kept flitting back to Rafe even though she thought he was Nicole's baby daddy. She became pregnant with Austin's baby during this and was told by Rafe that EJ is Nicole's baby daddy. Eventually, after seeing Rafe hold Nicole's baby belly, Carrie decided to move back to Zurich with Austin. The couple returned in 2017 with their son Noah. Carrie returned July 2019 for Grandma Caroline's memorial after she passed on. Carrie told Rafe and her father Roman that she and Austin were separated. Carrie had sex with Rafe Hernandez and left town again.

Austin Reed (she had an adulterous relationship with Austin while she was married to Lucas. Separated in 2019.)