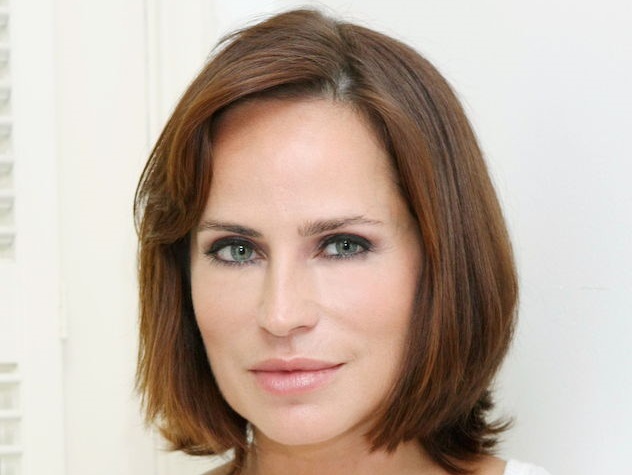 * Carly is a doctor
* Was falsely accused of killing her patients when in fact it was Vivian Alamain.
* Stabbed Lawrence Alamain in the abdomen and killed.
* Dated and moved in with Bo Brady. (They had been engaged years previous.)
* Had a child, Melanie Layton, with Daniel Jonas.
* Bo dumped her for Hope.
* Fell into taking drugs to calm herself.
* Fell in love with Daniel Jonas, though he didn't return the love.
* Went to rehab and then on a long trip with son Nicholas.

Dr. Carly Manning came to Salem after she met Adrienne and Justin Kiriakis in Tahiti, who advised her to hide in Salem, since Carly was on the run. As soon as Carly arrived in Salem, she noticed two people from her past: Jennifer Horton, a boarding school friend, and Bo Brady, who had broken up a fight between her and Lawrence Alamain years before. Bo did not recognize Carly, but they grew to despise one another.

When Carly got a job at Salem University Hospital, she treated Shawn Douglas Brady, Bo’s son, who had gone deaf from an accident at an oil site. Bo and Carly bonded over Shawn, as Carly treated him and taught him sign language.

Later, Carly learned that Lawrence held Frankie Brady captive. He told her he’d release Frankie only if she gave him the family fortune and Bo Brady. Carly first agreed, but couldn’t give up Bo as she had developed feelings for him. Carly’s resentment for Lawrence increased when she found out that Jennifer tried to marry Lawrence and was raped.

Bo and Carly fell in love, but Bo couldn’t commit to her since he was still mourning his wife. Carly then half-heartedly accepted Victor Kiriakis’ marriage proposal, as she had also been his physical therapist at the time. Meanwhile, Bo had befriended a girl named Emmy Borden who was in love with him. The night before Carly and Victor’s wedding, Bo wrote a letter to Carly begging her not to go through with the wedding to Victor. He had Emmy deliver it, but Emmy gave the letter to Victor. Victor then replaced Bo’s letter with one in which he told Carly to marry Victor. He also forged a letter and sent it to Bo from Carly, in which Carly told Bo that she loved Victor. Bo showed up at the wedding and toasted them with champagne. His glass had been poisoned by Emmy, who intended to poison Carly. Bo got a virus that Lawrence had created. Carly was able to eventually save Bo’s life.

Carly and Victor were married in May 1991, but never consummated their marriage, as Victor was still paralyzed. Carly still had feelings for Bo and when Victor noticed, he devised a plan to fake his own death and flee to Mexico. Soon, Roman Brady, Marlena Evans Brady, Isabella Toscano, John Black, Bo, and Carly all went to Mexico and found Victor there. They then headed back to Salem, where Bo and Carly continued their relationship. Bo later recognized something on Carly's neck as the birthmark of a woman John Black had a picture of. Carly didn’t remember seeing John before, but she recognized a locket John had as one similar to one that Lawrence had.

In 1992 Carly had a series of nightmares about Nicholas Alamain, her son who she thought she lost after birth. Carly told Bo about her past: that she had become pregnant by her boyfriend James, who was actually Lawrence. Carly had fled after she found out James’ true identity, with Lawrence’s knowledge that she was pregnant. She had then gotten help from Vivian Alamain, who took care of her in Paris, and had a French doctor tell Carly that her son had died after labor. Seeking answers, Bo and Carly went to France where her doctor admitted to her that her son was not dead, but was sold on the black market!

Carly and Bo returned to Salem and Vivian seemed to be as shocked about everything they found out. Meanwhile, Lawrence’s fling, Lisanne Gardner, found out that Nicholas was Lawrence’s son, causing Lawrence to search for answers. Carly eventually told him that he was her son’s father, but that he had died after birth.

Soon, nine-year old Nicholas Alamain arrived in Salem and Vivian tried to hide him until Victor found him. Vivian lied that she adopted Nicholas from one of her servants back in France. Lawrence eventually found out that Nicholas was his son, causing Vivian to have a heart attack. Vivian told Lawrence the truth about Nicholas, that she had taken him from Carly and raised him as her own. Despite her begging him not to tell anyone, Lawrence told Carly. Carly vowed to take Nicholas back, and Vivian later unsuccessfully tried to run away with Nicholas during Carly and Bo’s wedding.

Everyone in Salem knew that Nicholas was Carly’s child, except for Nicholas himself. Eventually, Lawrence told him the truth and Carly pursued custody. Desperate to keep Nicholas, Vivian planned to murder Carly by tampering with her brakes and causing her to get in an accident, but Billie Reed saved Carly. Vivian tried to implicate Carly in her “death” several times, unsuccessfully, including falling off the Penthouse Grill’s balcony.

After waking in the hospital from her coma Vivian framed Carly for the deaths of several of her patients by injecting them with cleaning fluid. She even tried to kill Caroline Brady, thinking she was the perfect victim to cast suspicion on Carly, since Caroline had not approved of Carly and Bo’s upcoming marriage. Vivian wrote in Carly’s diary to further implicate her. Carly caught her right before Vivian was to inject Caroline, and Vivian revealed everything before stabbing her with morphine, and sending her into a coma. Bo later found Carly’s diary, and Carly was suspected as the hospital murderer. Vivian kept injecting Carly’s IV with morphine to keep her asleep, and with the help of her doctor, Dr. Wu, Vivian injected Carly’s IV with a drug that made it look as though she died. Vivian took care of the funeral, and also made sure Carly was not embalmed. Carly soon woke up in her grave and realized she was buried alive!

Carly’s coffin had limited oxygen and water, as well as a radio transmitter from which Vivian taunted her. When Vivian finally came to her senses, she revealed everything to Lawrence and he immediately had Carly’s grave exhumed. When Carly was saved, it seemed that she had amnesia, and thought that Lawrence was James. Lawrence tried to escape Salem with Carly, but when Billie Reed brought Nicholas to her, Carly remembered everything!

Vivian was sent to a psychiatric institution for what she had done. Carly’s love for Lawrence resurfaced and they left Salem together with Nicholas at the end of 1993.

October 2, 2009, in their bedroom, Carly says to Lawrence that she can't believe she married a total monster. He can't believe he married such a witch, and she stabs him in the abdomen! She then took off for Salem, with a friend, Omar. While on a boat, going into Salem harbour, they found Rafe in the water and saved his life. A crew member, Brian, tried to kill Carly but Rafe saved her. She stole medicine from the hospital in order to ensure Rafe was well enough to leave the boat. Rafe eventually was fine and did leave and Carly found herself meeting up with Bo Brady again. He helped her to stay safe from Vivian, who was after Carly, realizing she killed Lawrence, Vivian's nephew. Victor married Vivian in order for her to stay away from Bo and Carly, his sworn enemy but that didn't stop Vivian, who attempted to use Chloe to get to Carly on several occasions. Carly moved in with Bo, upsetting Hope, who had hopes she and Bo would resume their marriage. Carly was there for Bo after Hope went through difficult times when the medication she was on turned her into a night stalker, mugger. Ciara is currently having issues with Carly, because she wants her mommy back. Eventually, Hope was let out of jail and Bo reunited with her. This meant Carly was left out in the cold. Though she and Melanie had been getting to know each other and she was friendly with Daniel Jonas. She fell for him hard, though he was falling for Jennifer Horton, her best friend. She kept it to herself, but memories of killing Lawrence returned, and she started taking drugs to numb the pain. She tried to kick her addiction by calling into work sick.

Carly also had to confront her jealous feelings over Daniel and Jennifer's dating. Eventually, Jennifer found Carly's drugs and confronted her. With Daniel, Jennifer, and Melanie's support, Carly entered rehab for her drug addiction. She wrote a formal letter of apology to the hospital and gave Jennifer and Daniel her blessing to get together. Carly's son, Nicholas, visited her from Europe in rehab and convinced her to go back to Europe with him. Carly left Salem in September 2011.