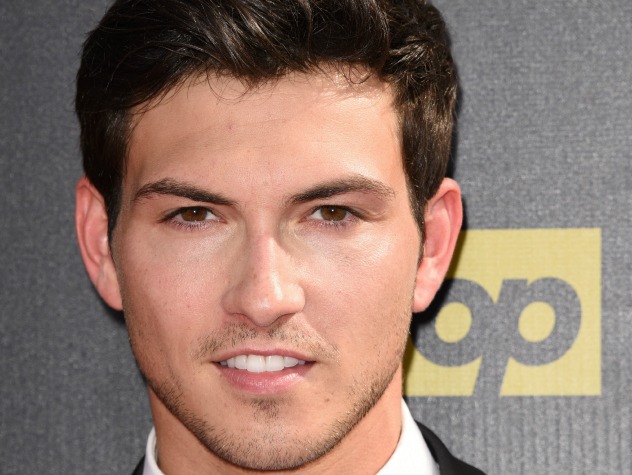 * Jordan Ridgeway's brother.
* Works at Club TBD.
* Shares a secret with Jordan.
* Is the Necktie Killer, and murdered four people. Attacked at least three more, Marlena Evans, a guard and a nurse at Bayview.

Who's played Ben Rogers Weston over the years?

Ben arrived in Salem in February of 2014 much to his sister Jordan Ridgeway's surprise and dismay. He got a job at Club TBD and argued with Jordan about whether or not she could trust anyone but him. Ben set his sights on Abigail Deveraux. They started dating and had several rough patches. When Chad DiMera returned to Salem after hearing Abigail and EJ had sex, he confronted Abigail. Ben overheard and was none too pleased. He later learned Chad was his boss and things were pretty tense between the men. During this time, Clyde Weston came into the picture. Clyde, Jordan and Ben's father, is an abusive man with ties to the mob and laundering drug money. Ben wanted nothing to do with his father, originally, but Clyde was compelling in making Ben think that he was a changed man. He won his son over and helped him when he needed money during his stint at Salem U. Ben went apartment hunting and learned that Chad DiMera had sabotaged his attempt at finding an apartment then provoked him further by reminding his enemy that he had sex with both Ben's sister Jordan Ridgeway, and Ben's girlfriend, Abigail. Ben snapped and raged out, beating Chad near death. Though Ben was arrested, Abigail talked Chad into not pressing charges. Ben was free, but having been in the system, he was in trouble with the FBI this time who came from Florida looking for him. It turned out that Ben was involved in a gambling ring. Ben's father, Clyde, stepped in and their witness was killed in prison before he could testify. Charges were once again dropped. When Chad helped Abigail get her job back at University Hospital, Ben became more jealous of the DiMera and planted a tracking device in Abigail's handbag. Abigail moved in with Weston, committing to him, though her heart was still with Chad. Ben followed Abby to the DiMera mansion one night and caught her having sex with Chad in the DiMera garden. Since Abigail chose him over DiMera, Ben decided to keep mum. He asked Abigail to marry him and she accepted. Abigail learned she was pregnant but wasn't sure who the father was. During this time, Ben went on a killing spree claiming the lives of four Salemites and leaving behind a high end tie, which looked suspiciously like those that Chad DiMera wore. Ben murdered Serena Mason, Paige Larson, and attacked Marlena Evans, before murdering Will Horton, when Will pieced together that Ben was the Necktie Killer. Meanwhile, Abigail learned that she was pregnant. Ben couldn't stay away from Chad. He attacked Chad and beat him so bad that Chad fell into a coma and Ben of course blamed the DiMera for breaking into his apartment due to his "obsession" with Abigail. Ben took Abigail to a cabin in the woods, in order to keep Chad away from her. It was there that she went into labor. Ben hired a midwife, Wendy, to help deliver the baby and after the baby was born, Ben murdered Wendy. Chad woke from his coma and raced to find Abigail. When he did, Ben tied him and Abigail to the bed and set fire to it. He took the baby, with whom he called Colin, to a motel. Soon, Ben was found by Salem's police force, Lani and JJ. He was arrested and the baby was found, Chad and Abigail were rescued and Ben was taken to jail. Abigail renamed Colin Thomas and reunited with Chad. Just when they thought they were safe, Ben returned. He tried to make Abigail think that she was going crazy, and when Abigail realized that she wasn't hallucinating her ex, she lured him into her bed where she tied him up and lit him on fire. Chad appeared just in time to save Ben's life. Ben was sent to the psych ward. Ben broke out of Bayview in October of 2017 and appeared at Chad and Abby, Sonny and Paul's wedding at St. Luke's. He told Sonny that Will is still alive. The authorities were called and Ben was taken to SPD. Sonny followed and questioned him as did JJ, who wanted to know if Paige was alive. Ben told him Paige was "worm food." JJ pulled a gun on him. Hope forced JJ to stand down and Ben went to Bayview until Sami broke him out to recreate Will Horton's strangulation with the hopes that Will would regain his lost memory after Ben murdered him and Will was brought back to life by Dr. Rolf. Ben stopped before things got too far, citing that he couldn't do it. He was taken back to Bayview and then released several months later, after Marlena spoke with him and decided that he was remorseful. On his way back to Salem, he ran into Ciara Brady, who was in a motorcycle accident, and took care of her at a cabin.

Abigail Deveraux (engaged for a time)

Posted 2 mins ago
Posted on: TVLine