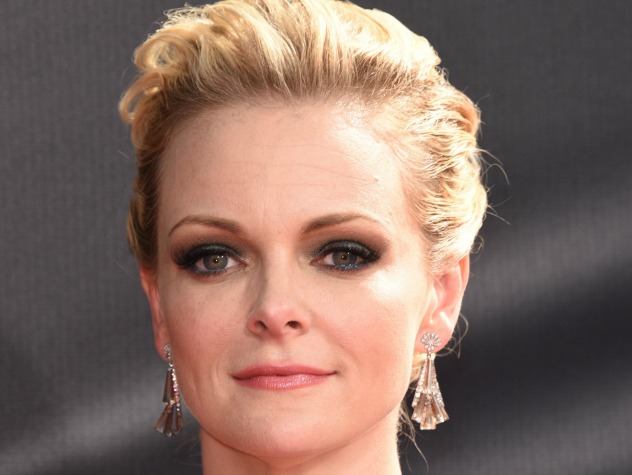 * Name is actually Isabella Black (Belle for short).
* She and Shawn were childhood sweethearts.
* Helped kidnap Shawn's brother, J.T.
* Suffered a miscarriage from an in-vitro that was supposed to be Philip's baby, but turned out to be Shawn's.
* Slept with Philip before she married Shawn
* Married Shawn Brady and came clean about the affair. Now separated but on the way to reconciliation.
*Reconciled with Shawn and they are now sailing around the world with their daughter, Claire.
* Returned to Salem when Bo died and while Shawn returned to Maine, Belle and Claire stayed behind.

Who's played Belle Black Kiriakis Brady over the years?

Belle Black was born at the Horton Cabin, delivered by her father, John Black and Kristen Blake. Belle is the result of an affair that Marlena had with John, while married to Roman Brady. This was not known right away, because Belle's half sister, Sami switched the paternity test results in order to keep Marlena and Roman together. When this didn't work, Sami tried to sell Belle on the black market!

Eventually, the truth came out, as it always does, and Roman and Marlena divorced. Marlena ended up marrying John.

Belle almost died when she was younger. In an attempt to kill Marlena, Kristen Blake poisoned chocolate with penicillin. Belle ate it and became gravely ill. Belle was saved by Roman Brady.

Belle grew up to be a lovely girl. She was friendly with Jason Welles, Jan Spears, Mimi Lockhart, Philip Kiriakis, Shawn -Douglas Brady and Chloe Lane. Belle and her step-brother, Brady Black got themselves into hot water a few times, with Belle ending up in a coma and then with amnesia.

Her memory recovered and she started a youthful love affair with Shawn Brady. The two were both virgins but when on a school trip to Puerto Rico, Jan Spears was raped and impregnated by the rapist (Nichole Walker's father) and so Shawn decided to lie and pretend that he was the father of Jan's child. He wanted to protect Jan, but ended up pushing Belle away. When Jan showed her true colors to Belle and the two argued, Jan fell down the stairs and lost the baby. It was found out that Shawn was not the father of the child and he and Belle got back together. They were fine until Cassie DiMera became obsessed with Shawn. Trouble began, and while the two tried to make it work, they had difficulties.

Shawn and Belle vowed to wait for each other, sexually, until marriage. Belle lied for her mother during the Salem Stalker storyline. Shawn and Belle were at odds because of her lie and they grew apart. Shawn took off on his motorbike one summer night and never came back. Belle was devastated and while Shawn was being held captive by crazed Jan Spears, Belle was being consoled by Philip Kiriakis.

Shawn tried to escape Jan several times and was in pain when she showed him photos of Belle in Philip's arms. Shawn finally escaped but when he got home, Belle and Philip were already moving on together. Belle had made love with Philip. When Shawn and Belle were trapped in a barn together, the cold winter air forced them to remove their clothes and lie together for heat. The two were so out of it with hypothermia that they made love without remembering it later. Philip and Mimi found the two and later Belle married Philip while Shawn and Mimi Lockhart got together.

Belle never truly got over Shawn and her love kept her tortured while she overheard Mimi and Shawn make love in their loft. She prepared to leave Philip but found out she was pregnant. With the help of her parents, she decided to stand by Philip.

Belle gave birth to Claire, and suffered post-partum depression. Claire had serious health concerns, and needed a transplant, which she got from Shawn's little brother Zack, who was hit by a car and had died at the same time that Claire was ill.

Claire turned out to be a healthy girl, and eventually the truth came out that Shawn was the father of Claire. Mimi knew all along and never told anyone, as did Kate and Victor, and their relationships were strained for a long time after. When Philip found out that he was not Claire's father, he tried to run with her. The police caught up to him, and Belle left him right away. Belle moved in with her parents, while Philip left town to go back into the merchant marines. Belle and Shawn continued a difficult relationship, with Shawn dating Willow Stark - an ex-hooker. Shawn got himself into a lot of trouble, while Belle tried to figure out where she fit in. Shawn eventually came to his senses and made his way back to being a man that Belle could trust. Philip came back to Salem when his jeep was bombed. He needed plastic surgery to repair his face, and now looks like a whole new man: The old Philip Kiriakis from their childhood! Philip came back as a bitter man, and had his father Victor pay off a few people to make Shawn and Belle look like bad parents. They paid a woman to take Claire and then bring her back to her parents to make it look as though Claire wandered off. Victor and Philip have just gained temporary custody of Claire. The couple has 60 days in order to show that they can be better parents, or Philip gets sole custody of Claire, while Shawn and Belle get visitation.

Belle and Shawn kidnapped Claire and took her out of the country, where a chase ensued. They returned to Salem, Philip promised to lay off from wanting to take Claire away from them and Shawn asked Belle to be his bride. During their engagement, Belle struggled with some residual feelings for Philip and they slept together once, after John Black "died". She regretted it but they carried on with kissing until she put a stop to that and decided she only wanted Shawn. Shawn's mother, Hope, suspected Belle of cheating with Philip and urged her to tell Shawn the truth. Despite her guilty conscience, Belle and Shawn got married on Thanksgiving 2007. After the truth about her affair with Philip finally came out, Shawn and Belle separated.

When Claire was kidnapped January 2008, Belle almost died after falling into the water down at the pier. Philip saved her life. She, Chloe, Philip and Shawn went after Crystal Miller, who took Claire to safety in New Ross, Ireland.

Belle and Shawn were reunited with Claire in Ireland. They also met Colleen Brady, who turned out to be John's mother, making her Belle's grandmother. Colleen confessed that she sent Crystal Miller to take Claire for her safety. Unfortunately, Colleen revealed that she was terminally ill and died shortly after. On the way home from Ireland, Belle and Shawn, along with everyone else that were flying back, faced a traumatic plane crash due to plane sabotage. Shawn's grandfather, Shawn Brady Senior, died as a hero on the plane.

Belle tried to comfort Shawn as they returned to Salem to bury his grandfather. Meanwhile, Bo was admitted to the hospital for pancreatic failure. Belle stayed by Shawn's side as his father went through a life-saving pancreatic transplant. Shawn finally forgave Belle for her affair with Philip, and they decided to reunite with a fresh start. After Bo's successful surgery, Belle and Shawn decided to take Claire and sail around the world on the Fancy Face 4, a boat John bought for them. They promised that Salem will always be their home and that they would be back.

Belle and Shawn returned November 25 2015 with Claire when Bo died. Belle decided to stay and practice law in Salem and Claire stayed with her while Shawn D left and moved back to Maine.