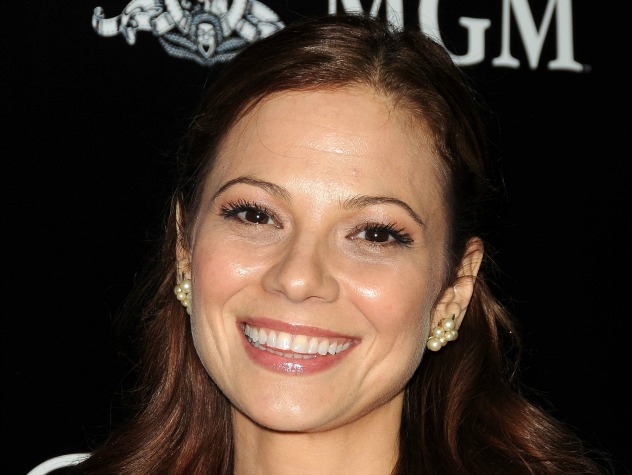 * Had some mental health issues.
* Family was involved in organized crime.
* Used to run the family business.
* Was with Steve during a time when he had amnesia.
* Kidnapped Hope, thinking she was Kayla.
* Wanted 'Patch' back from Kayla.
* Father was Martino Vitali.
* Had a short fling with John Black before she left Salem.
* Returned to Salem December 2015 and integrated herself into the lives of Kayla and Patch through their son Joe.
* Told Kayla and Patch she had cancer and was only in town to make amends.

Who's played Ava Vitali over the years?

Ava and Steve met while hailing a cab. This was during a time when Stefano had him brainwashed and didn't know who he was. They got together and though her father hated Steve, the two went to Vegas to elope - until Steve stood Ava up and she never saw him again.

In 2008 Ava found Steve in Ireland during the family meeting with Colleen Brady, appearing as a mysterious woman. Ava had her cousin 'goons' sabotage the plane in order for her to have time to talk to Patch and hopefully get back together with him. She had been having migraines and wanted to pick up where they left off. She was so obsessed with Steve that she kidnapped Hope, mistaking her for Kayla. She then kidnapped Steve before her cousins and father locked her up in her room.

After Bo and Kayla found Steve and Hope Ava held them prisoner too. She finally revealed the root of her resentment towards Steve, when he left her at the altar. Abe and Roman finally found them all and arrested Ava, but she was immediately taken to University Hospital because of a seizure. There, Kayla discovered that Ava's father kept her on drugs that made her delusional. Ava was treated and released on bail.

Finally free from the influence of drugs Ava remembered that her mother was going to leave Martino years before her father killed her. Martino confesses to a distressed Ava that he had her put on the drugs so she wouldn't remember the horrible truth. Martino was killed shortly later by Bo Brady.

After her father's death Ava tried to leave her past behind and make new friends. She befriended Nicole Walker who helped her to get out there and date again. She sought psychiatric help from Marlena, but Marlena felt she wouldn't be objective. Ava then met and got to know John Black - much to Marlena's dismay - and the two forged a relationship. She encouraged John to move on from his past and embrace the new person he had become. Their relationship was short lived when Ava decided to flee town, thinking it was likely that she'd lose her case and go to jail. She left John a letter explaining that she loved him but couldn't risk being locked up ever again.

Ava returned to Salem in December 2015, just as Kayla and Steve were finding their way back to each other. She secretly conspired with their son Joey to push them together, and when they succeeded Ava revealed her presence in town. Ava told them she had cancer and was there to make amends, but when she was alone it was clear Ava was putting on an act. She didn’t leave town, even after Kayla forgave her, and made sure to drop an envelope of baby pictures for Steve to find.