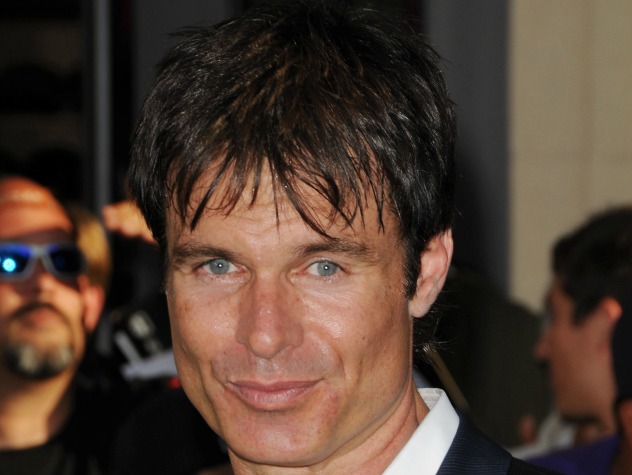 * Married Carrie Brady Roberts Oct. 26, 2006.
* Moved with wife, Carrie to Zurich, Switzerland in 2006.
* Lived at 110 Guilford Street, Apt. 3-D then Apt. 34. Same building as Sami, Lucas, and now Billie and Chelsea and EJ reside!
* Lived in New York City.
* Returned to Salem with new jobs.
* Austin worked at Salem U.
* Made out when drunk with Abigail Devereaux.
* Abby made him think he cheated on Carrie with her.
* Got Carrie pregnant.
* Moved back to Zurich with Carrie.

Who's played Austin Reed over the years?

Austin was born to Kate Roberts and Curtis Reed. The kids didn't know their real mother until much later in life. He has a brother, Lucas and a sister, Billie. Austin showed up in Salem as a pianist. He met Carrie Brady when he first came to the show in 1992. They fell in love but not to the liking of Roman Brady, Carrie's father. Austin turned to boxing and was supposed to lose a huge fight. He decided not to deliberately lose the fight and when he won, a loan shark threw acid at him. He ducked and unfortunately, the acid hit Carrie's face. She was scarred by the acid. Eventually, her face healed. Austin stayed by her side.

Abby Devereaux developed Leukemia and Austin donated his bone marrow to her, saving her life.

Austin's sister Billie was charged with murdering Curtis Reed. Curtis was a horrible man who got Billie into drugs and prostitution. Somehow, Austin turned out to be a good man, despite Curtis' less than stellar parenting. Unfortunately, Billie has had major tough times as a result of Curtis.

It was at this time that Billie and Austin found out that their mother was Kate Roberts. Austin accepted her into his life (Billie didn't until much later). Sami had an obsession with Austin, and tried different underhanded things to get Austin to notice her. She drugged and raped him (he thought she was Carrie, Sami's sister and Austin's girlfriend.) Sami drowned her sorrows in beer and then in his brother Lucas' bed, became pregnant and left town, while she convinced herself that the baby was Austin's child.

Austin and Carrie became engaged and while saying their vows in church, Sami came back to town and told everyone that she was pregnant with Austin's baby. While Lucas wondered if the child could be his, Sami reassured him that she knew it was Austin's child. Austin didn't marry Carrie, but devoted himself to Sami and his child. William Robert Reed was born (Will), and Sami married Austin when the French authorities took Will from them.

They got the child back safely, but afterwards, Sami and Austin continued to have issues. He wanted an annulment once he found out that Lucas was the father of Will, not him. After an argument, Austin accidentally ran over Sami (twice) with his car. This caused Sami to have amnesia, and since he couldn't annul their marriage until she remembered who she was, he stuck by her until he found out that a few weeks into having amnesia, she started to have memories, and was faking her amnesia. Eventually their marriage was annulled and Austin was free to marry Carrie.

Carrie and Austin lived together and eventually married. They eventually had issues of their own, and Carrie cheated on Austin with Mike Horton. Austin found out and divorced her. She left town with Mike.

Austin and Sami started seeing one another again. Austin thought that Sami had changed. Eventually they decided to marry. The wedding was called off when Austin learned that Sami had continued to lie and scheme against everyone. He left town and moved to New York to work. Upon Austin's return, he opened a new company (Austin Reed and Company) and hired Nicole Walker and Sami Brady. They ran the company out of Sami's apartment. Austin admitted to Sami that he was still in love with Carrie, and he went after buying a small company in Los Angeles. He didn't know that Carrie was the CEO of this company, (High Style) but Sami did. She kept it from Austin and hoped that once Carrie found out that he bought her company that she wouldn't forgive him. She had hopes that she and Austin would be together once again. Austin and Carrie fell in love again, but issues ensued when she eventually found out that he purchased her company. Carrie turned to Lucas. She married him, but her feelings grew for Austin, and she ended up annulling her marriage to Lucas and going back to Austin. The two married in a small ceremony, with Roman, John and Marlena in attendance and then moved out of the country. They run a company in Zurich Switzerland.

Austin and Carrie returned to Salem September 26, 2011 for the unveiling of the Town Square. They have had ups and downs because they are on opposing sides of John Black's case. Austin's a Forensic Accountant and Carrie's John Black's lawyer. They've had their ups and downs and Carrie seems to now be interested in Rafe, her brother-in-law.

Austin was drunk after catching Carrie and Rafe kissing and devastated, he turned to Abigail. They kissed and he passed out. She told him they'd had sex and when Carrie found out she almost gave up on their marriage. Eventually the truth came out and Carrie forgave him for the kiss, because she also was having feelings for Rafe. She kept those up until she thought Rafe had a baby with Nicole. She and Austin made love and she became pregnant. This had her torn. When she realized it wasn't true - Nicole's baby daddy was EJ, she was happy momentarily but since she was pregnant, she decided there could be no future with Rafe, and eventually she told Austin they were moving back to Zurich in July of 2012.

Carrie is pregnant with Austin's child.