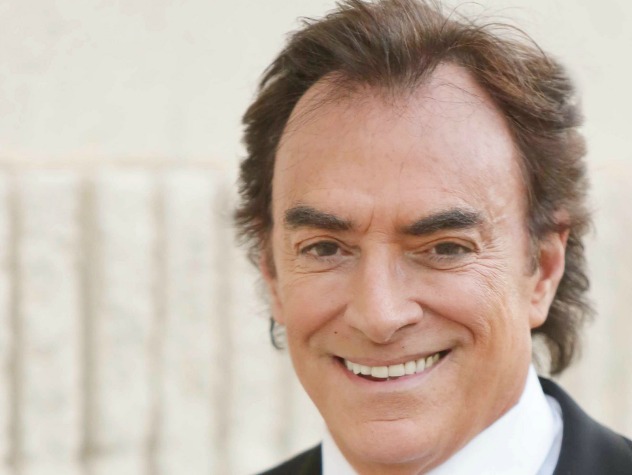 * Andre is known as the Salem Slasher.
* Stefano's henchman and nephew.
* Assumes Tony's (cousin) identity often and causes havoc.
* Died for the first time when he sunk in quicksand.
* Died the second time when he shot himself at Aremid while impersonating Tony.
* Murdered Mawell Hathaway.
* Helped Stefano get the three prisms that were to help Stefano's brain tumor.
* Died in 1995 and not assumed otherwise until recently, (July 2007) when he came back to Salem on May 24, 2007 and impersonated Tony.
* Returned September 2015.
* Is actually Stefano's son.
* On June 13 2016 he married Kate Roberts so that the board at DiMera Enterprises wouldn't sell off the company. It's in name only.

Who's played Andre DiMera over the years?

André DiMera came to Salem at Stefano's bidding in 1983 in order to have plastic surgery and frame Roman for murders of Salemites.

Andre murdered Daisy Hawkins on the pier in front of Marlena Brady (now Black) and Sandy Horton. Because he appeared to be Roman, Roman was sent to jail for the murder.

In the meantime, Tony was chained up in Andre's apartment while all of this was going on. Anna soon found him when snooping through 'Tony's' things. She too was taken captive until Roman managed to set Tony and Anna free. Tony escaped and returned to Stefano's island, where they planned more dastardly deeds!

Most remembered was the plane ride to the photo shoot in 1984, in Haiti. Andre and Stefano planned it so that the plane would take Salemites to their secret island instead of Haiti. The plane crashed and Daphne DiMera passed away. Later, Andre died in quicksand... or so we thought. Andre of course didn't die, and wound up back in Salem with Stefano in 2007, posing once again as Tony! Since then, he has attempted murder on EJ, Sami, but Anna DiMera Brady figured out that he was an impostor. Since, Andre has admitted to keeping Tony on an island and told Bo that the map to the island is on Bart's back!

Tony then fell off the rooftop of a building and wound in the hospital. "Died" a few days later.