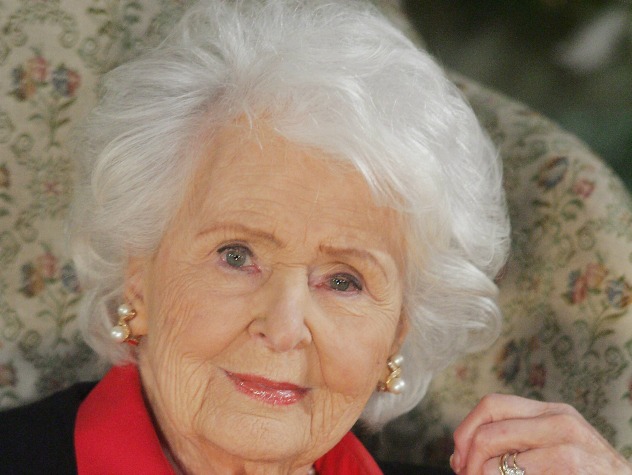 * Name - Alice Grayson Horton, born (and raised) in Salem in 1911.
* Helped Roman Brady escape from jail.
* She was arrested for trespassing when helping Jennifer (grand-daughter) get a story!
* Is the Matriarch.

Who's played Alice Horton over the years?

Alice Horton was born on Jan 23, 1911 in Salem. She was Tom Horton's high school sweetheart. The couple has had five children; Tommy, Addie (deceased), Bill, Mickey and Marie. Alice and Tom also raised Jennifer Horton Devereaux, after her mother Laura Horton was institutionalized.

After the kids grew up and left the home, Alice became involved in charity. She worked as a volunteer in the hospital for many years before becoming the Director of Volunteers at University Hospital.

When Roman was arrested as the 'Salem Slasher' (he wasn't), Alice helped him escape from jail by drugging her famous donuts that she brought to him. When Roman ate them, he was ill and taken to the hospital, where she and Bo helped Roman escape!

Alice has gotten herself into the family drama in the name of love and loyalty a few times over the years. She helped Jennifer pose as 'Katerina Von Leuschner' and mascaraded as Cecily Smith. The two went away to Lawrence Alamain's villa before Alice realized that Jen was in danger. When she tried to escape and get help, Lawrence caught her and threw her into his prison, where she found Frankie Brady. After she escaped the villa, the stress was too much and she had a stroke. She underwent surgery.

When Alice found out that the minister who performed the marriage between she and Tom was a fake, she was heartbroken. The marriage was invalid. Later the two remarried October 17, 1991.

A few years later, Alice and Maggie Horton teamed up again to invest in Billie Reed's new cosmetics company, "Countess Willhelmina". A year later, Alice and Tom founded the Horton Center, which was run out of their house, after the center burned down.

Alice and Tom had been married more than 50 years when he died in 1994. She threw herself into running the Horton Center.

Lucas Roberts (her grandson) was court ordered to move in with her, after recovering from alcoholism. He stayed for a short time and then Hope moved in, until later she moved out and went back to Bo.

During the Salem Stalker storyline, Alice was taken out by the Salem Stalker. In her kitchen, Marlena met with her and killed her by poisoning her donut. Alice didn't really die, but was taken to Melaswen Island, where all of those who had been 'killed' were living. Later, they were saved and all went back to Salem, where Alice continued to take care of her family, with the sound advice she offered, along with delicious donuts! At Christmas, she always says a precious prayer for all, and looks to Tom's photo for inspiration. Her last airdate was Christmas in Salem, December 26, 2007.

Frances Reid died Thurs. Feb 3 2010. The show kept Alice alive off canvas but never referred to her much before her death. They started to mention how her health was failing after Mickey Horton died and then family members made a return to Salem when her health was deteriorating rapidly. She died off screen in her bed after visiting with family. Maggie found her and a memorial was held. Mike didn't make it as he was in a car accident while on route, and Sami was called away during, when Kate told her Johnny had a fever. The memorial lasted an entire week and then Salem said goodbye to Alice Horton, who had been a part of the show since its inception.